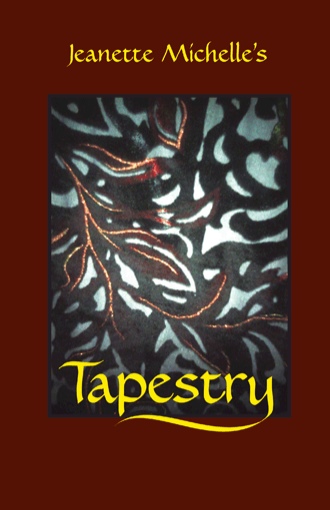 “I have not ever been so worried in all my life except when my parents and my husband died. When that woman called me telling me that my Uncle was sick, I didn’t know what to do! I called Jasmine when I got the news. I didn’t know that my uncle had a girlfriend; I’m assuming that’s who she is.”

“I’m curious to know how he had that heart attack. I hope he wasn’t having sex with some woman. He’s too old for that foolishness! I tried calling his grandsons, but they…they’re too involved in their own little world, but I got in touch with my cousin Vincent. He said that he was going to call his wife and that’s when I decided to call Jasmine.”

“I had made plans on going with Jasmine to their little get together, but then later decided that’s not for me. I don’t mix well with the people she socialize with; especially with that other cousin of ours; Rickie. Most of Jasmine’s friends are queer and that isn’t my cup of tea. I live by the good word and the good book is against homosexuals (she gently rubs her bible on the table). I don’t care for Rickie because she’s such a slut and she needs an attitude adjustment! I try not to judge her, but…she’s a loose woman!

“Jasmine is no better! She may have everyone else fooled, but not me. I know that she has skeletons in her closet more so than Rickie. Jasmine is married and Rickie is single. They shouldn’t be socializing with one another. I love my cousins, but they need Jesus in their lives.”

“I may sound a bit judgmental, but it’s only because the bible says, “thou shall not commit adultery”! Jasmine has done that; that’s why I pray for her often. That boy of hers doesn’t belong to her husband. Anyone can see that, but it’s not my business. I only tell her what the good word says and go about my business.”

“Rickie is another story. She probably will never marry the way she’s whoring around town. I pray for her soul too. I pray for my family members and the whole world because we so desperately need the help from our savior. Hallelujah (she lifts her hands in the air as she briefly closes her eyes)!”

“I asked Rickie to come to church with me one Sunday. You know what that girl told me? She said that she had an appointment with her sponsor. You know what that mean. Her sponsor is one of the men that she sleeps with for money. She thinks I’m stupid. I knew what she was talking about! Just because I’m not hanging out in the streets doesn’t mean that I don’t understand!”

“That is one of the main reasons I don’t approve of socializing with Rickie, Jasmine and those friends of theirs. They are twisted! Every single one of them! They’re whore mongers, gays, alcoholics and drug abusers. They are doing everything that stinks in God’s nostrils! They need Jesus! I believe if they were to accept Christ as their personal savior, everything will work out for the better. It’s hard trying to convince those heathens that. They call me a holy roller, but I don’t care. I take my good book with me every where I go (she takes a deep breath and blows out).”

“I’m worried. I’m worried about my Uncle. I’m thinking about what he could have done to put his self in the hospital. I strongly believe he was having sex with that woman that called. For the life of me I can’t remember her name! I know she told me, but I can’t remember. Maybe because I was stressed in hearing what she told me. When she said my Uncle was being taken to the hospital every other word she spoke was inaudible.”

“I had to take the children to my cousin’s house so that I can go to the hospital. I’m also a foster parent. I took in this child that had no family members that would take him. He’s a sweet boy, but…he still has scars. He doesn’t say much and I don’t force him.”

“Getting back to my uncle; I had been hearing through the grapevine that he was having sex. This is why I calls him frequently and invite him to dinner at my home. Periodically I check his medicine cabinet looking to see what he was taking because he’s privy. He’s very smart. I’m sure he hid what he was taking. I’m so nervous about my uncle’s well being. When he recovers I’m going to insist that he stays with me.”

“His son is so foolish. He’s the only one of his children that lives here. He should spend some quality time with his father. Maybe if he had of been visiting Uncle Ed more often, this would have never happened! He’s just selfish! I wouldn’t ask Crystal because she lives in New York. I know she wouldn’t change her lifestyle and come back and why should she? I will say this; she call’s every other day and checks on her father. If she can’t get him on the phone, she calls me.”

“Vincent is a womanizer. He couldn’t wait to marry that young woman. He had to marry outside of his race again. It’s obvious that he doesn’t like his own kind. May God have mercy on his soul! I know for a fact that he cheated on his previous wife! It’s not surprising that his children came out the way that they have. This is why I make time for my Uncle. Who else does he have?”

“Maybe it will be best if Uncle Ed stays with me. I’m going to make it my business to persuade him to come live with me and Elizabeth once he’s released from the hospital. Everyone says I’m being optimistic. I’m going on faith and believing in God. I will pray to God that Uncle Ed will recover and change from his wicked ways. That’s what I’ll do. And I’ll pray for him to have a speedy recovery!”

Tapestry is a soap opera style drama based on realistic characters with a splash of fiction. Tapestry details the lives of several people of various age groups as well as ethnicity, culture, religious beliefs and sexual preferences that meet by chance and becomes a part of a social gathering. Members of this meet up group have secretes that they try not to reveal that are self evident to each member. Each character has a story to share and explanations for their lifestyle and problems. A turn of events is suddenly centered on one particular member, which changes certain member’s lifestyle. Tapestry also renders the importance of family, extended family and close friends. The message I’m trying to convey from “Tapestry” is that we may all be different (personalities, ethnicity, culture, religious and political beliefs and or sexual preferences), but there shouldn’t be a reason why we can’t get along. This world is a melting pot. America is a melting pot and what make us unique are our differences. We may not agree all the time, but we still should agree to disagree and move on. Stop dwelling on the personal lives of people and accept that person for who he or she are. Everyone can’t live your life, but that doesn’t mean that I can’t like that person or be friends with that person. Most often we isolate people or distant ourselves from people all because they’re not what you want them to be. We also need to understand that everyone is not meant to be the best of friends, but that doesn’t mean that I shouldn’t respect that person. This is a new dawn and a new world – a world of advanced technology. We can conquer countries, but we can’t live together in this world peacefully. We should be more than that. This is what this book Tapestry reveals.

Author Jeanette Michelle is originally from Chicago Illinois and now resides in Tennessee. Jeanette Michelle was recently nominated for Best Indie Author of HHV 2012. Tapestry is her 5th published novel and fourth Fiction Novel. Her first novel Mycall was published in April 2005. She now is continuing her studies in film and currently studying to become a Feng Shui designer and practitioner, which is one of her passions. She currently host’s an internet talk show, The Dark Mantis Talk Monday – Thursday from 9pm – 10pm CST via the internet. Taking Care Of Henry was her first published non-fiction work followed by You Can’t Save Them All (fiction published December 2009) and Millicent Quinones (fiction - published March 2010). She is also the founder of Sensual Women Audio Book/book club. Jeanette also started a blog that you can follow at http://www.authorjeanettemichelee.blogspot.com. For additional information about this author you may visit http://www.iamdark.com/JeanetteMichelle.html. To contact this author you may email her at michellej@iamdark.com.