The Dawn of MAN 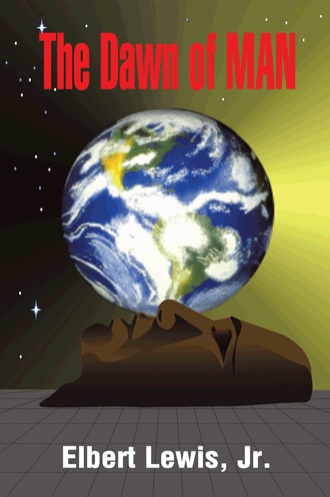 Logan removed a flat plastic case from a breast pocket as he approached and handed it to Olson. “This disc contains the astronomical data of a point in space three hundred light-seconds from earth, roughly fifty-six million miles, directly over the north pole. It also contains the scientific theory, technical specifications and engineering drawings for a miniature, ten-megaton equivalent confined fusion device. In exactly twenty-four hours that device will be detonated at the designated coordinates in space.” Olson’s head snapped up from his examination of the disc, his eyes were as big as saucers at the mention of a nuclear device. He collapsed into the chair; his legs were suddenly weak in the knees and unable to support his weight. “You have a … you’re going to detonate a … a nuclear bomb?” Olson stammered in a barely audible voice. “Make them understand, Mark. The survival of the human race, the whole planet, is at stake. Whole worlds are being destroyed out there. Entire species of intelligent beings are being enslaved or wiped out. Lately, the Hadarans have forced the Scorpiins to retreat and may be expanding into our region of space. At the rate of their advance we have a few months, perhaps a year at most, to prepare.” Olson was speechless. What do you say after you’ve been told that your entire species, the whole planet may cease to exist in the near future? ” 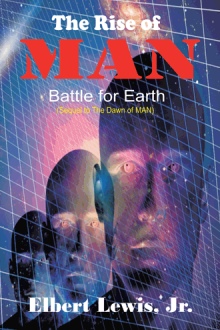 A clash of galactic empires,

An ancient alliance in crisis and defeat,

A desperate plan for survival,

The Dawn of MAN…

In 50,000 BC the Reiign was an ancient race with a far-flung galactic empire when cave men roamed the earth. Their golden age spanned many millennia and brought their philosophy of peaceful co-existence and technological exchange to many sentient species and solar systems in their spiral arm of the Milky Way galaxy. Their march towards universal self-determination was shattered by an invading menace from the Large Magellanic Cloud. The clash of equally ancient but diametrically opposed cultures left the Reiign, a race genetically cleansed of most aggressive tendencies for many thousands of years, facing annihilation.

Desperate situations breed desperate measures… A group of scientists escaped to the last frontier of the galaxy. In a last ditch attempt to save their empire and culture, they devised a stratagem to defeat the invaders. Their plan, a 50,000 year genetic breeding project, results in the creation of the perfect warrior, a biological construct bred for aggression and genetically optimized for war; a being sociologically conditioned to the shedding of blood on a mass scale, the ultimate killing machine—they created MAN!

Elbert is a retired Civil Engineer and a former Marine who served with the 3rd Division in Viet Nam [1969-70]. He currently pursues second careers as a portrait artist and science fiction novelist. He resides, with his wife, in Cincinnati, Ohio.