A Vampire Trilogy: Isle of the Undead 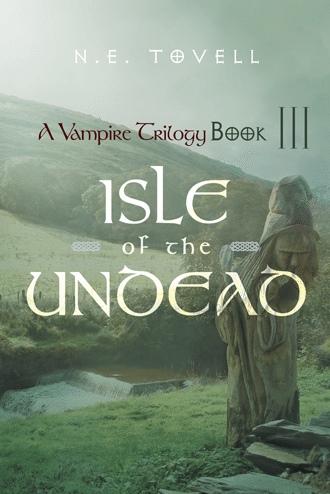 As we were driving along the only road to the airport, a car sped past us. It was unusual for anyone to drive faster than Galian—although since the boys were born he did slow down some—so I figured it had to be a vampire at the wheel. A minute or two later, the same car was stopped at the side of the road, and a tall dark-haired man was waving us down. Galian slowed our vehicle and parked on the shoulder about 300 feet behind the disabled car.
“Wait here,” he ordered.” I’ll be right back when I find out what he wants.”
“I’ll go too, Galian.” Dylan wasn’t making a request. He was going with his father.
The two of them walked along the road, “What seems to be the problem? Galian asked as they approached the stranger.
With that, Brian yelled out from the car, “Look out! Shooters!”
At that moment, a long-range shot rang out and Galian fell. I screamed, and the two youngest dropped to the floor of the van. I opened the door as two men were scrambling down the hill to the road, one of them with a gun poised. I ‘sent’ energy to the gun and hurled it into the air which stunned its operator long enough to make him pause, so I sent more energy to both men and hurled them some 200 feet in the air, and then released my energy.
When the two attackers landed, I heard a terrible crunch as they were impaled on dead tree branches jutting from the hillside. Gradually, they began to disintegrate—the fate of a vampire death-- while their bodies dangled from the limbs.
I ran to Galian. Dylan had already subdued the driver and held him down with his energy. When I arrived, I added my force which temporarily paralyzed the man.
“Don’t kill him, Del!” my injured husband commanded. “I want to be able to interrogate one of them!” His wound was already healing, so he staggered up and I rushed to support him. In a minute, Brian arrived to tell us that the three men were the only ones threatening us.
I sent a picture to Cedric to secure our prisoner. In a few minutes, he arrived with chains and escorted our prisoner back to the castle dungeon. Before he did so, however,Galian asked Brian to do a ‘future’ on the situation and Brian tried to report what he saw.
“They were from overseas to our south. I see a funny cross and a red band or flag. I don’t know what it means.”
“Write down everything you see—or draw it. We will figure it out later. Are we safe for now?”
“Yes. There were just three,” Brian confirmed. “They were sent by someone named Thule. Do you know him, Father?”
“I do.” Galian gritted his teeth as he spit out his answer.
“The Thules? Are they threatening us again?” I asked.
“I think your prisoner is also a Thule, Father. He has a very intense thought process.”
“Do you see any others?” Brian shook his head.
“Then we will go to the airport and finish what we started. Del, notify your father and Julien about what just happened.”
When I returned to the car, I grabbed the cell phone and did as Galian asked while he drove. Our older sons picked up their younger brothers, who were shaking with fear, and held them while we rode along.
“What happened, Mommy?” Carlton asked for both of them. “How did you kill those men?”
“You know those great pictures your mother shows you?” Brian explained. They both nodded their heads. “Well, Mommy can send bad pictures too. And she can send hurling energy.”
“Just like Dylan can?” they asked.
“Yes, dear. Just like Dylan.” I answered.
“I could have done that, Mother. You didn’t need to hurl the gun.”
“I know, Dylan, but it’s difficult for me to hold back when someone is pointing a gun at your father. Fortunately, the bullets weren’t silver.”
Galian looked over at me. “Your mother needs me around for awhile, son.” I just smiled and shook my head.
“Absolutely, my dazzling vampire, who else would help me with these active boys?”
“Or bring you coffee in the morning?” Galian added smiling. Carlton spoke up.
“Oh, boy, Mommy really needs you to bring her coffee.” He and all his brothers concurred, “Oh, Yeh!”
I guess my vampires had my number. 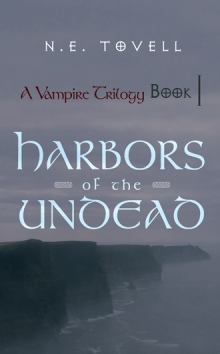 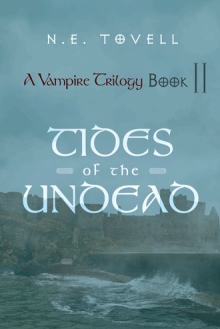 Eight years have passed since Galian McDermot moved to Ireland to take his place in the Celtic world as the Tribunal Judicial Officer and King. The unlikely union of Galian and Delbeth has survived all attempts to destroy them. Together, they now live in a converted castle on the Isle of Man that holds their growing family of blended vampires—each with his or her own special faerie gift.

Galian and Delbeth now have proof that it was Delbeth’s former boyfriend, Johan, who assassinated the old Tribunal. Worse yet, before his death, he recruited other conspirators in South America to carry out his plan for world domination and they are continuing his evil plan to develop his own world order in South America. Unknown to mortals, Delbeth and Galian begin populating the world with their special offspring while others secretly toil to destroy creation. But when Delbeth’s grandfather asks the family to raise two infant faerie girls, they agree, setting off a chain of events that culminates in a final battle where the Celtic plan is finally revealed.

As their fae spell comes to fruition, Delbeth and Galian bring the world hope as they govern from the Isle of Man and attempt to defend against the forces bent on their destruction.

N. E. Tovell is an assistant professor of English at a private university in Louisville, Kentucky. A native of Chicago, Illinois, she is a graduate of Southern Illinois University. Her curiosity about the history of vampires has led her travels around the world. This is the third book of her vampire trilogy.