The Seven Secrets of Successful Parents 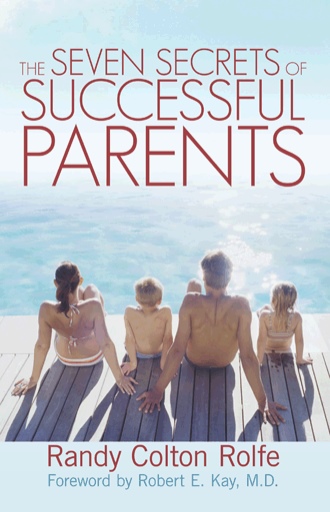 For The 7 Secrets of successful Parents: pp. 40-42. Paul was a client who couldn’t even think about trying to be optimistic about his child, because he really didn’t think his daughter had a future at all. “I can’t do it!” he said. “What’s the use? She’s never going to make it.” He added sarcastically, “At least one of us won’t make it.” I asked if he thought his daughter could detect this pessimism. “I’m sure she can. But I have to be realistic.” It is no wonder adolescence is so scary to parents, when they can’t imagine a future for their children. Such dark visions trigger a parent’s own fears of abandonment: if your child has no future, that means that after 20 years of your loving this child and doing the best you can by her, she is going to abandon you! No wonder resentments can build and you can feel afraid to get close or invest in your child. But if you are ever in this fearful state, building faith in your child can pull you out. I asked Paul to try this exercise. Imagine you are visiting your grandchildren at your daughter’s house. Picture yourself arriving, being greeted by your daughter, seeing the grandchildren, and seeing and feeling warmth and hope and pleasure and pride. Paul began to empathize with how bad his daughter must feel knowing he had ruled out any possibility that she had a future. For two weeks, he found it too painful to imagine her married with children; the gap between his pessimistic projections and his heartfelt wishes was too great. But he worked to find lovable things in his daughter’s life, as I’ll describe in a moment, and soon he began to see in his mind’s eye an image of his daughter grown into a capable young adult and the mother of his happy grandchildren. Before long Paul found it easier to relax around his daughter and to respond to her more constructively. She, in turn, became a gentler, more confident, and cooperative person. If you fear for the future or are tormented by the “what-ifs,” lighten your load today by projecting positive images before you. At the very least, the decisions you make today will be consistent with a bright future. In contrast, if you assume things can only get worse, your decisions will be consistent with a dangerous and dark future, and you can set up self-fulfilling prophecies of doom. Nature abhors a vacuum. If negative projections trouble you, you cannot simply wipe them away. You must displace them with positive projections. So in addition to the visit-to-grandchildren exercise, I want you to have some other ways to crowd out any negativity, pessimism, loss of faith in your child, or hesitations in expressing your love for your child. Every day, keep your eyes and ears open for things you can like about your child, as Paul did. If your daughter raises her voice, well, she has a good voice, and she’s not afraid to speak her mind. If your son uses objectionable words to friends, well, he’s not afraid of convention, and he lets out his feelings. And so on. This doesn’t mean you don’t object to things you don’t like. It only means you don’t let them poison your faith in your child. Set aside your fearful glasses and put on the ones that allow you to see in your child’s everyday behavior the seeds of a delightful future. When you are not around your child, dwell in you imagination on the details of a future that is infinitely open. When you are around the child, speak freely of the options you are seeing unfold. Here is an easy, fun way to stretch your imagination about a positive future. Picture a happy scenario for any quality you see in your child. For example, might your daughter be a great lawyer because she likes to argue every point? (My mother actually told me that one time and didn’t I become a lawyer!) Will she be a wonderful mother because of the way she sings to her parakeet? Might she open a successful restaurant because of the original sandwiches she and her friends concoct? Perhaps your son will make a wonderful husband because he likes to talk things out endlessly with friends on the phone. Maybe he will captain a ship because he loves bath time chaos. Perhaps he will run international rescue operations because of his insistence on collecting bugs in your sink. There is no end to the imaginative possibilities we can create for our children. When you apply this kind of faith in your child, you begin bringing back the infinite faith your child wants and deserves, and the faith you want and deserve to have as a parent. 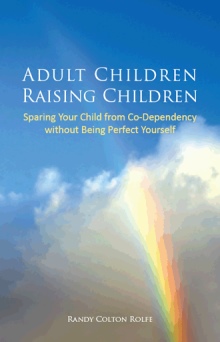 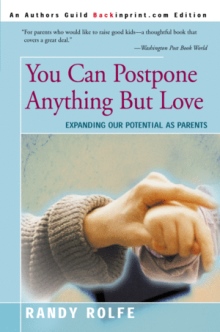 You Can Postpone Anything But Love
$13.95

“Throughout her seven secrets, Rolfe models how parenting can be the most fulfilling work of our lives.”
—Linda Aronson, author of Big Spirits, Little Bodies

Every parent has the innate power to be successful. But life can get in the way. It is hard to be at your best when you are tired, angry, rushed, surprised, preoccupied, or just too busy. But then you may have to deal with regret, frustration, or guilt, or a hurt or angry child.

In The Seven Secrets of Successful Parents, author and family therapist Randy Colton Rolfe shares the core attitudes which will prepare and empower you to be successful in any parenting situation. With her powerful approach of prepared, holistic, responsive parenting, you can master all these parenting goals and more:

Randy Colton Rolfe has been counseling families for over 25 years. Author of four other books on family life, including You Can Postpone Anything But Love, she is an internationally known speaker and media personality. She and her husband have a son and a daughter and live in Pennsylvania and California. Visit Randy online at www.randyrolfe.com.