A Tale from the French and Indian War 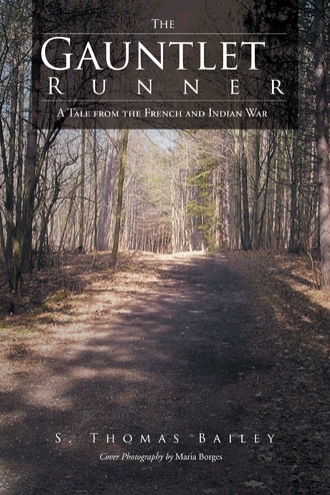 Private Jacob Murray, a twenty-six-year-old Pennsylvanian volunteer in the ranks of George Washington’s Virginia Provincial Militia, is scouting the dense, almost impassable Ohio Valley wilderness in May 1754. Together with his twin brother, Israel, and two Mingo warriors, Jacob searches for a party of French troops encroaching on British soil.

Back at home, Murray’s wife, Maggie, and their four children carve out a meager existence until a group of French and Huron war parties raid their small farm. Taken captive, they are unsure if they will live to see their husband and father again.

With word spreading that French-backed Huron raiding parties are decimating the Pennsylvania countryside and taking white captives, young Major Washington, Murray, and a French officer bent on revenge are destined to cross paths. As three hostile powers continue to vie for control of the coveted Ohio Valley, a war soon begins that will engulf them all.

The Gauntlet Runner tells a tale of fractured lives, broken treaties, and the stark realities of the struggles faced by early American settlers as they risk their lives to cultivate the young, formidable nation.

S. Thomas Bailey is an independent researcher of early North American life, a raw historian at heart, and a writer by choice. He resides in a quiet hamlet north of Toronto, Ontario, with his wife, two children, and Aussie, the family’s Australian shepherd.