The Rise of the Western Kingdom

Book Two of the Sword of the Watch 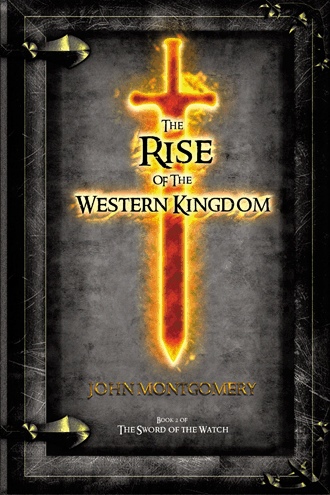 Tobor heard one of the remaining war dogs growling—a sound he knew always signaled a threat. The growl was then mixed with a scream from behind him and a rush of wind that made him draw his sword. The Angrodha landed upon the carcass with both claws, and the sound of bone snapping signaled the strength of its grip. One of the soldiers was so startled that he fell beside the creature and began pushing himself backward on his hands and feet. The other soldier screamed out and swung at it, his blade glancing off its chin as the Angrodha’s head fell away with the swing of the sword and then snapped back, its teeth tearing away most of his attacker’s chest cavity. He fell to his knees as the Angrodha smacked down the quick meal of armor and flesh, and then snapped him up into the air by one shoulder. “Weapons!” Tobor cried as the females and the little ones screamed and ran in all directions. A crossbow bolt shot into the hind quarter of the Angrodha, and it jerked back its thigh and spat out the body as it clawed its way toward the soldier reloading his crossbow and cut him in half with a swipe of the claws on his short but powerful forearms. A second shot caught him in the thick of his neckline causing him to roar at his attackers. The sound of the creature’s scream was deafening, shaking the men’s guts in their bodies. “Take cover!” Tobor yelled, and the creature noted his location at the sound of it, moving toward him as he dropped the remains of the Azrodh. Tobor jumped through the wooden slats of the nearest hut’s window just as the creature tore away one side of it and pushed his head inside. Tobor tripped over something in the floor and rolled to one of the walls as the Angrodha destroyed the entire wall of the hut, pushing its body through the opening. Its teeth snapped the air just in front of Tobor repeatedly as its wings caught upon the hut’s ceiling. Tobor kicked a chair into its face which it caught in its teeth and splintered into pieces as it closed its jaws upon it. As Tobor attempted to stand, his sword caught the side of a large pot hanging over the kitchen fire, swinging the pot on the pot holder just as the Angrodha swung down at him, hitting upon one end of the table and striking the bottom of the pot with the other as the table flipped end over end. The scalding hot soup pot that had been forgotten over the fire bounced off the ceiling and flew into the Angrodha’s face, and it pulled its head back out of the hole in the wall in reaction to the intense pain. Tobor leapt to his feet and burst through the door on the opposite side of the hut as the creature shook its face and wiped it with its forearm. The Camonra were yelling from all directions, and the Angrodha looked around at them with intense anger as two more crossbow bolts struck its body, causing it to jerk back and pull one of them from its side with it teeth. It clutched the carcass of the Azrodh with one clawed foot and the soldier with the other and pushed off the ground with a whoosh, up into the sky. 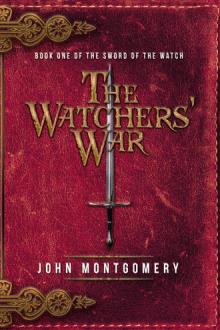 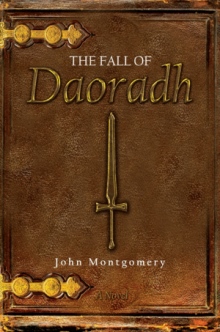 Embark on a new adventure as The Sword of the Watch saga continues. In The Rise of the Western Kingdom (a prequel to The Fall of Daoradh), a slave (Galbard) is offered freedom in exchange for murdering and robbing a hapless vagabond. His decision could alter the balance of power between the Watchers and Spellmakers, resulting in the first real possibility for mankind to separate their destiny from the immortals–or sealing their fate forever.

Come again into the rich world of Erathe, where the fleeing refugees of the City of Rion fight to survive a timeless war between wizards and demigods, and one man must rally his people to stand against the forces of evil.

John Montgomery began his professional career as a technical writer in the nuclear power industry. He and his wife, Bobbi, work together at IMC Studios Incorporated, their media integration company in Russellville, Arkansas. They have three children (Asia, Matthew, and Mia), and one grandchild, Tristan.

This is his second book in the Sword of the Watch series.