by Samuel A. Francis 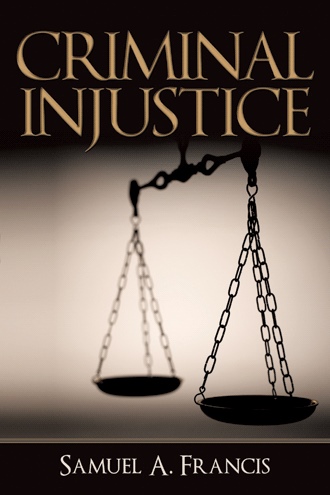 Brian Wilson lived a quiet, peaceful life as the vice president of a savings and loan company in Albuquerque, New Mexico, until he approved a loan for a certain corporation—a corporation of which Brian was part owner. For this, Brian was sent to prison for twelve months. Upon his release, lesson learned, he became a business consultant, focused on putting his life back in order and taking care of his wife.

Brian throws all his effort into living a normal life—only to find himself the witness of a drive-by shooting. Brian reacts without thinking, thwarting the gang’s efforts and saving the would-be victim, which eventually leads to the incarceration of the gang members involved. Soon after, Brian and his wife began receiving death threats, but because of his past indiscretions, the court will not allow Brian to own a gun.

Brian’s wife owns a pistol, though, and when the gang sends men to kill the couple, Brian uses it to defend them both. In response, the district attorney indicts Brian for being a felon in possession of a firearm. Now, Brian—a heroic citizen who stood up against crime—must rely on a jury to determine his future. Will their decision determine criminal justice … or Criminal Injustice?

Samuel A. Francis earned his juris doctor degree from the University of New Mexico Law School in 1966. He has been a practicing attorney since September of that year. Criminal Injustice is his fifth book.