Scriptures and Insightful Thoughts for the Seekers of Abundance 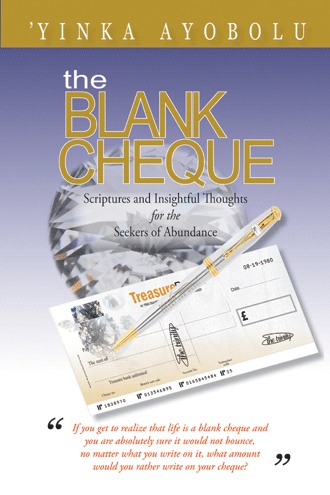 Put up with Good or strive for the Best God realized that Adam needed a helpmate and so He started by bringing all the various beautifully and wonderfully created species of animal in the Garden of Eden to him. Adam knew exactly what he wanted but couldn’t find her among all the good-looking creatures presented to him. He was presented with dogs, cats, gorillas, monkeys, donkeys, bears, unicorns… and he chose ‘None of the above’ out of all the options, contrary to what most of us would have done if we were in his shoes. And the Lord God said, “It is not good that man should be alone; I will make him a helper comparable to him.” Out of the ground the Lord God formed every beast of the field and every bird of the air, and brought them to Adam to see what he would call them…But for Adam there was not found a helper comparable to him…” Instead of settling down for what he could see, he chose to name every one of them what they were supposed to be called according to what they looked like and God noticed that he did not mistakenly call anyone of them a Woman. God knew exactly what Adam needed but He needed to be sure if Adam himself knew what he wanted. When the Creator was convinced that Adam would not settle for what he could only see, He made a very deep sleep fall on him, searched and reached deep into his innermost being (the intimate part of his makeup), where all his secret desires and emotions are securely guarded within his soul and so He helped him in creating the exact picture he had conceived inside. He chose to wait on the Lord; to produce exactly what he wanted and also in the precise and presentable form he wanted it. There is a popular saying, “when the desirable is not available, then the available automatically becomes the desirable.” Most times in life, we are first presented with good, very good and exceptionally good options and we suddenly realize that what we actually wanted deeply inside are not listed as part of the options presented. So what do most of us do? We settle for what we could see and later find ourselves in the position of envying others that actually knew what they wanted and sacrificed all to focus and waited persistently before finally getting it. Even though he was unable to define in precise terms what he wanted because he had never seen her before then, Adam was convinced that nothing outside could either be comparable to her or be chosen as a substitute for her. Consequently he waited on the Lord to reach deep within and help him create the image he had inside his soul. God had to put him into a deep sleep which signifies a state of absolute rest and trust; a waiting period of total inactivity during which the creative work was in progress. By the time he woke up, the beautiful package had already arrived and she looked exactly like the image he had inside and without mincing words, he called her Woman. This is now the bone of my bone and flesh of my flesh; she shall be called Woman because she was taken out of Man. It is significant that Adam was not conscious when God reached deep into his deepest cravings and created the picture he had inside. When he woke up, he was able to recognize her without mistaking her for another creature because she looked exactly like the mental picture he had been concentrating on within his conscious mind before he fell asleep; the shape and beauty, the curves and linings, the height and size, tenderness, love and caring – all were built to 100% precision. Imagine yourself to be the first man that arrived the planet earth immediately after God had just completed His wonderful creations, hung up His tools and arranged a long vacation probably in the Caribbean-islands of some distance planets for Himself to rest. He then asked you to choose one creature that would keep you company while He is faraway but you could not see a desirable one out of all the ones He presented to you and you were absolutely convinced that He had already completed His creations, packed His luggage and was about to take a flight to another galaxy very far away from milky-way. Out of the respect or fear you have for Him, you did not want to bother or instruct Him to offload His bags and bring out His creative tools and go back to His workshop after 6 stressful days of non-stop work but you are absolutely sure that what you wanted was not listed in the options He presented to you. If Abraham is the father of faith, Adam must be the great-grand- father of faith. One of the worst things that could happen to a man in a desperate situation is to see his burning wishes come true, because it might turn out to be the source of regrets to him if he later gets to discover where he ought to have been, if he had not lobbied his way out of his destiny. If Adam had chosen any animal out of the available options, take for example a dog (which is popularly accepted to be man’s best friend), there would not have been any reason for God to put him to rest in helping him to create his Eve. Good might turn out to be the worst enemy of Best when we act in haste in a desperate situation.

The Blank Cheque offers inspiration, exploration and insightful thoughts drawn from author Yinka Ayobolu’s real-life experiences, along with a few divine encounters with Jesus. Ayobolu includes a variety of scriptural references that address many challenging questions of life for which humanity has been trying to find answers to since the beginning of time. Who am I? Where did I come from? Did God really create us, or are we a product of a carefully organized explosion called the big bang—or the product of evolution? How do we find the convergence between God and the knowledge of science? Discover how you can acquire a better understanding of yourself and the world you live in and how you can make success of your life while you are still conscious of your existence. In these strange times, we need to decide how to come out of these challenges. In His infinite wisdom, God has given us a blank cheque and a golden pen that we can use to access His infinite treasury; we have the ability to fill it in as we wish because we are running out of intelligence and resources. We don’t know what to do next on earth. Where do we start?

Yinka Ayobolu was born into a Christian family, the third of five children. He studied Industrial chemistry and obtained a professional certificate in database administration. A lover of artistic designs, brilliant intelligence and genuine creativity, he hopes to make a positive impact on humanity through his thoughts and writings. This is his first book. For feedbacks, readers opinions, positive criticism on making future reviews and suggestions on how to translate the Blank Cheque into other languages and publishing proposals in other countries, please email the author: ayo_blankcheque@yahoo.com or yinkaayobolu@yahoo.com