Portrait of a Smokin’ Serial Killer 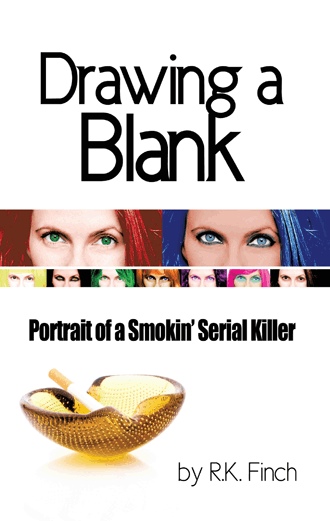 She is a stunning, confident and successful Internet executive who has just inherited a boatload of money. But beneath her charming persona she’s a chain-smoking, self-diagnosed sociopath who lives in a bizarre moral framework of her own creation – a deadly serial killer who has a taste for executives and anyone else she thinks is “unjust”.

Beginning just after the death of her ex-lover, this unrepentant killer explains how she copes with her personality disorder, when and how she began killing, her relationships with those around her, and her views on the Internet, social work, art and politics. Both empathetic and abhorrent, this murderous memoir reveals the best and worst of what to her appears to be an increasingly thoughtless, shallow world.

Between what she claims is her final murder and her actual final murder nearly two years later, she chronicles in detail her bloodlust, her short-lived psychotic breaks, her persistent desire to disappear and her enthusiasm for the hunt and murder of her ever-growing log of victims. She’s a beautiful chameleon – and she believes she is going to get away with it all.

R. K. Finch is the former editor-in-chief of two popular online magazines and a prolific writer of fiction, nonfiction, and poetry. Finch also has fifteen years of professional experience as a designer and manager in the Internet industry, has dabbled in federal politics, and currently works and lives near Toronto, Canada.