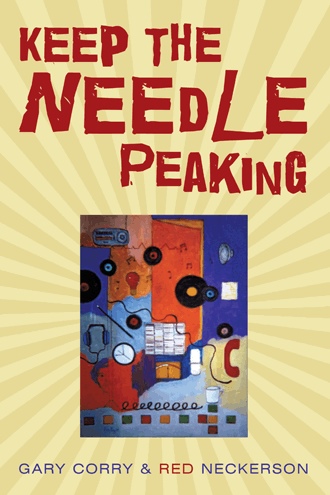 Disc Jockeys in the 1960s manually cued up and played either 45 rpm single records or 33 1/3 LPs on turntables. After a few dozen plays these vinyl recordings tended to develop irritating scratchy, hissing noise and needed to be replaced with duplicate copies. One of the hazards of the operation was forgetting to adjust speeds of the turntables back to the 45 rpm position or vice versa when going back and forth between album cuts and 45s. Another no-no was to accidently play the wrong side of a 45 or the wrong cut on an LP thereby subjecting the astute listening audience to an unfamiliar rendition of a non-hit song. In the warped minds of radio programmers such mistakes or a few seconds of peaceful silence known by the nefarious title of dead air, would surely cause every single listener to tune out never to return. Such minor errors caused brief disruptions in the ebb and flow of the station sound and almost always led to a frantic demand from a management type for an explanation. The only answer was totally obvious but a DJ could at least feel confident of having at least one listener. The introduction of cartridge tapes in the 60s meant that most of the commercials could be recorded and played back much easier than wrestling with reel to reel recorders. For the first few years tape cartridges could only play a little more than 60 seconds of sound without distortion, but as advances were made in the manufacturing process, by the mid-70s most 45 rpm music was being carted up and beamed over the airwaves. Unless a particular LP contained very popular numbers they were still played on turntables. How could such an efficient system be surpassed? Cartridge tapes had a tendency to break or jam occasionally leading to more hotline calls from Program Directors, Operations Managers, Assistant Managers or someone with an impressive title frantically inquiring as to what had happened. In the late 80s another great leap sideways saw the introduction of the compact disc. Called CDs in the interest of alphabet letter economy, these small, super-sensitive music delivery systems were touted as being far superior in sound quality to any previous recording device and practically indestructible. This was before it was discovered that a speck of dust or a fingerprint could render them inoperable and someone with decent hearing noticed that the sound reproduction was actually better on the old vinyl LPs. Nevertheless, progress made vinyl records collectors’ items. For a brief period in the late 80s, some stations piddled with a system of small cartridge tapes containing digital audio. Once again, saving radio people from using too many big words, they were known as the DAT system. The little cartridges were expensive and like all tape, theirs became brittle and lost quality as it aged. DAT never really competed with CDs and I presume they ended up in yard sales next to 8 track cartridge tapes so dat’s dat. Today, unless some modern Edison has come out with a new sound reproduction system this morning, radio stations still rely on CDs to an extent and most have the music programmed directly into computers using a program known as Maestro. While the world outside the radio studios went through the Vietnam war, the struggle for civil rights, the assassinations of Martin Luther King Jr., Jack and Bobby Kennedy, the sexual revolution, the hippy generation, the race to the moon, and ever-changing musical tastes, we meandered from vinyl to cassette, to CD and DAT to music on computer and like the man said, “The hits just keep on coming!

Before Jeff Foxworthy, Gary Corry’s alter ego Red Neckerson was already a household word in Atlanta. Soon Neckerson was telling radio audiences to “jist ask” themselves from coast to coast. Borrowing from the Barbara Mandrell song, Gary was redneck before it was cool. The reason behind the success of Red Neckerson is no less than Gary’s skills as a humorist. Anyone can do a redneck voice; not every redneck voice is wildly hilarious. When not in character as Neckerson, Gary’s sharp wit and word crafting helped boost the ratings of several morning jocks. In an earlier era, Gary would have been rubbing elbows with Stan Freberg, Jack Benny, and bob and Ray. Besides all that, Gary was a damn fine air personality and program director. The story of his radio career is fascinating. He is a good man and I am fortunate to have him as my friend. John Long President,The Georgia Radio Museum and Hall of Fame

About the Author Gary Russell Corry worked his way through Southern Illinois University as a DJ, newscaster and sports play by play announcer at WRAJ in Anna/Jonesboro, Illinois. In 1963 he went to suburban St. Louis to work for WIBV, and then quickly accepted a position with WCPO in Cincinnati as head comedy writer for the station. He was soon promoted to full-time Disc Jockey and was retained by the new owners when the station was sold and the call letters changed to WUBE. In 1969 he was hired as Program Director of legendary WQXI in Atlanta. In 1971, the company entered the New York City radio market with WWDJ and Gary was moved there as the morning drive DJ. When the station changed formats in 1974 he worked briefly at WPAT. Corry returned to WQXI Atlanta in 1974 and was eventually named Program Director for the second time. As a contributor to the Gary McKee Morning Show he created the Red Neckerson character which became an almost instant success and the feature was soon syndicated nationally and beyond to more than 300 radio stations. Gary has recorded Grammy-nominated comedy albums; he wrote a long-running humor column for an entertainment newspaper the Hudspeth Report, has toured comedy clubs, appeared on national TV in commercials and as a guest and has been a television booth announcer. When WQXI dropped the music format, he was hired by WYAY as a commentator, writer and character voice performer on the Morning Zoo Crew anchored by Rhubarb Jones. After the station was sold, Gary joined WSB’s Cap’n Herb Emory’s cast as Red Neckerson on the weekly NASCAR talk show. His current CD is “Stock Car Comedy.” In 2008 he was inducted into the Georgia Radio Hall of Fame. He is also an accomplished artist and horseman. He and his wife Dixie live on their small horse farm in North Georgia.