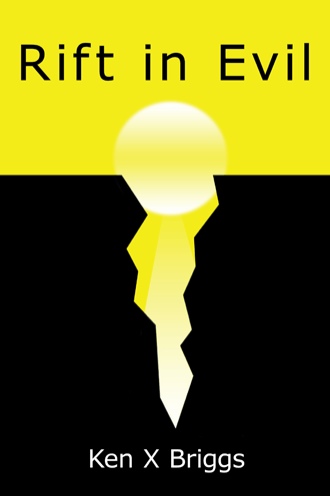 Tom encountered Carl after their church service early on Sunday. Tom always found it amazing how much business he could conduct after a morning service.

“Got a few moments to discuss the incident,” Carl asked Tom.

“Sure if you will re-open the silo when the forensic people have finished. The plant not running at capacity will diminish our monthly profit. Can you help me get it going soon?” Tom replied.

Carl agreed and got Tom to answer several questions on the aspects of the incident and mine policy. When Carl mentioned the possibility of murder, Tom became concerned.

He decided to go out to the mine. The drive through the gentle majesty of the sun-drenched mountains gave him peace. The talk of murder left an encroaching feeling of dread within Tom. He prided himself on running a shipshape operation where people respected one another. This should not be happening!

Arriving, he went inside to the metallurgical offices. At the gate the security guards recognized him immediately as he swiped his security card through a reader and the electronic doors let him through. They greeted him warmly but knowing how Tom had insisted that nobody be left out of security checks, they passed him an opaque box containing different colored plastic marbles.

This ritual was performed by anyone who went into the plant. One marble was withdrawn and if it was red, you were body searched. Nobody was allowed to take weapons or personal equipment onto the plant. Similarly, nobody was allowed to take anything out. This had been established to stop equipment disappearing and had stopped major losses almost immediately. Tom’s marble was blue and he was spared the ordeal of a body search.

Tom dropped his marble into the discard slot where it would automatically be placed in an envelope with his name, the date and time. Sometime over the next three weeks, these envelopes would be transferred to the personnel department where a clerk would open them and log the color against the person's name. A statistical check could then be made to ensure that specific people weren’t getting preferential treatment. Tom made his way onto the plant.

Walking through the plant was refreshing. The familiar sounds of the motors, crushers, pumps and the workers shouting to one another brought some relief to him as he made his way to the shift supervisor's office.

“Morning, how’s it going?” He greeted the supervisor.

“Good! Our silo’s online and we are catching up!” he was surprised to hear. He chatted about production for a few minutes over a cup of coffee and then decided to go to the site of the incident again.

He saw Joshua's car parked outside and wondered what Joshua was doing. Walking to the base of the conveyor and then up the long ramp to the gap in the railing, Tom stopped to view the falling rocks. The gap had been spanned with a piece of red and white striped plastic tape, which didn’t engender confidence and he took a step backwards instinctively.

He imagined again what could have happened and it disturbed him. Talking to his workers, he strolled through the plant and found as he expected that they all reported being happy and without problems. He knew that African folk tended to answer to please the listener so he wasn’t surprised. He tried to re-assure them hoping they hadn’t heard of the possibility of it being murder. He was fairly sure they weren’t content.

He went through security as he left the plant and this time turned up a red marble. The security guards checked him over very thoroughly. So much so, that he found himself wondering if his requirements weren’t too stringent. The thought passed away soon, and within minutes he was back on the open road on the way home.

Driving past the hostel entrance he saw John Kumalo hitch-hiking. Not being in a hurry and out of courtesy to Steve, he stopped to give the old man a ride. At first John didn't recognize him as he accepted the ride. They had only met once or twice before at mine prize giving functions and so Tom was pleased that he had remembered the old man was Steve’s father. A spiritual flash of light resolved into an unseen angel that sat comfortably on the car’s roof as John had climbed into the passenger seat.

As they drove Tom started talking to John, "Mr. Kumalo, Steve has told me that you stopped working?"

John nodded. "Yes Sir, one’s age slows you down you know. On my last job, I could no longer compete with the youngsters. They threw me out!" He said it in a matter of fact way, without resentment. His tone suggested life was not easy but that he never expected it to be so. He paused for a second gathering courage and then asked, "Mr. Lurie, have you seen my Steve today?"

Tom glanced across at him. "No why? Was he supposed to meet you today?"

There was a moment's silence.

"No Sir, he seemed to have disappeared last night and so I came to the mine this morning to try to find him. Nobody seems to have seen him today."

Tom frowned. "That's strange, Mr. Kumalo! Yesterday he was at the accident and I thought he was on his way home soon after I left. Didn't he arrive there?"

"Yes, he did Sir," John explained. He then added that Steve had disappeared later in the evening. Tom listened to the events and the feeling of disquiet that had established itself earlier grew considerably. When John finished, he said nothing for a while. They motored on in silence through the sun filled countryside.

Finally John pointed to a sandy driveway leading onto a piece of land just out of town and asked Tom to drop him off. John got out, thanked the manager and walked away up the drive. Tom pulled away absent mindedly, accelerating too fast and spinning the wheels as he considered the events. He decided it was time to call on Joshua again.

Mine accident or murder? The town of Zuideville is dropped into a spiral of evil causing a young man and a beautiful but abused woman to launch into an investigation that unveils an evil conspiracy. Can they cause a rift in evil? Is there time?

A horrific mining accident results in Joshua Robyn’s father being killed. Joshua struggles both with himself and his townsfolk as he tries to make sense of an incomprehensible situation. Is it an accident or a murder? Why is there a seeming link to evil? Why is his work environment suddenly threatening? What is the conspiracy about and what are they trying to do?

As action moves dramatically from exotic African grasslands to the heart of North America’s cities, the plot unfolds and the pace quickens. Will there be time? Why is a beautiful abused young woman in the center of this plot? Evil tendrils tighten on their lives and the interplay between the visible and invisible world shows opposing forces at work. Will there be a rift in evil? Will they be able to stop the evil in time?

Ken X Briggs is an inspired writer with a good sense of humor who loves people and helping them! He was born in Africa in the 60’s and moved to Canada as an adult. Ken's experiences from both the African bush to North American city life show a vibrancy and color that empowers the adventures he writes about. His compelling passion to write is driven onward by the flame of Holy Spirit’s guidance. He tells captivating stories but somehow also opens the eyes of his readers to the spiritual world in which we are immersed.