The Mark of Janus 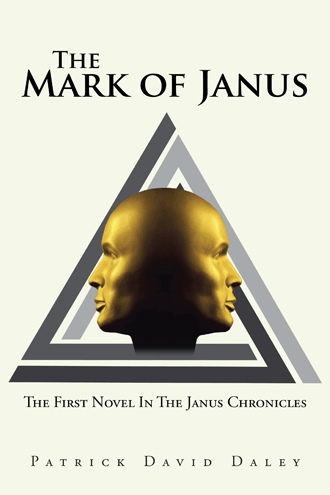 Built in the 12th Century the chapel was dominated by the hand-hewn wooden beams and stone foundation that instilled a comfortable feel of permanence. With its cross, the altar was a shining beacon of hope for all those who believed in the majesty of the Holy triumvirate; God, Jesus Christ and the Holy Ghost. There was an air of solitude within the building that served as a refuge for all those who visited and sought understanding from their god.

It was warm inside the building on this April morning. Dante Sabatini could feel the sweat running down his chest and back. It glistened on his forehead and coated his hands. He sat alone in the chapel his thoughts focused on Janus, Elijah and Sean Brennan. The file he’d brought into the chapel lay beside him on the pew.

Of average height, Dante had thick, grey close-cropped hair. Deep-set luminous brown eyes were cratered behind high cheekbones and sat alongside a pencil thin nose that flared at the end. A strong jawline exuded power. In his mid-sixties he carried himself with the grace and bearing of man fifteen years his junior; the result of a strictly controlled diet and regular exercise.

He wielded immense but virtually unseen power. Dante was the Prelate or head of the Praetorian Order. Established in 957 by Pope John XII, the Order is a clandestine organization within the Roman Catholic Church. When founded its mandate was to defend the Church against all external and internal attacks, whether philosophical, intellectual, financial or physical.

To this end the Order developed an all-encompassing range of covert activities that ranged from spying and bribery to theft and sanctioned killings. While the Order was effective in all its endeavors a notable expertise had been developed in the art of secret assassinations when deemed necessary by the Vatican. Throughout the centuries an unbroken line of lethal assassins had been produced within its headquarters at the Chateau Valencia, in Spain. It was a point of pride that through the years the secrets, methods, and training regimens were passed down and improved upon from assassin to assassin.

Only the Pope and those in the College of Cardinals are aware of the Order’s existence. It is also known within the Vatican by the code name Fraternity.

Throughout most of its existence the Order’s finances were handled through the College of Cardinals. This ensured the impossibility of independent action. And any thought that the Fraternity would act without the Vatican’s approval was beyond the thinking of those heading the Order.

That had dramatically changed with Dante.

In the almost four decades he’d been Prelate, Dante had radically altered the Order and its relationship with Rome. Under his rule the Order had gone from an instrument of Church policy to an independent organization that answered only to the Prelate. While it theoretically still reported to the Vatican, the Order was a powerful self-financing body that paid little attention to the dictates of the Pope. Dante had bolstered its financial strength with the introduction of self-financing corporations, leading-edge technology, state-of-the-art marketing, and an upgraded system of clandestine operations.

The Order still fulfilled its mandate of protecting the Church but its actions no longer solely reflected the needs of Rome. Any activity undertaken by Dante ensured the Order benefited both financially and politically. His control over the Order was absolute and he’d created an organization that wielded immense, though virtually invisible global power.

The Prelate took great pride in what he’d accomplished. He had built the Praetorian Order into a clandestine financial empire that rivalled any international corporation. At the same time he’d ensured the Church received whatever Fraternity resource was required. Not a man open to compromise, Dante fundamentally believed that Christianity was the only true form of worship and Roman Catholicism the only genuine Church. He viewed all other faiths, regardless of their commitment to God, as blasphemous.

On this day he was deeply troubled. His vast, state-of-the-art technology bureau had intercepted a collection of e-mails between Elijah and Sean Brennan. Dante was aware that Elijah had invited Brennan to visit Janus. The Prelate had dispatched a team of watchers to Inverness. Its function was to relay back whether Brennan arrived in the city and boarded Journey.

When the news came through that Brennan was on his way to Janus Dante realized Elijah was planning something that could pose a major threat for the Roman Catholic Church and therefore for the Order.

If what he thought was correct, then Elijah’s actions represented a new era on Janus. It would destroy the compromise that had existed for centuries between Janus and the Church.

Dante leaned back in the pew. He opened the file. While he was well-versed in the co-joined history of the Church, the Order, and Janus, the Prelate had pulled up the data-encrypted pages from the Fraternity’s central drive and had them printed. The Prelate was a thorough tactician. He believed that in a sea of change it was best to have a boat built of solid information. The chapel, with its natural tranquility was the perfect place to begin solving the problem of Janus. He began to read. 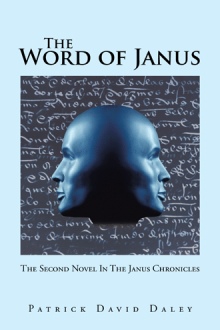 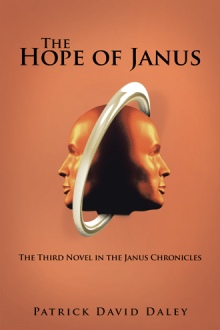 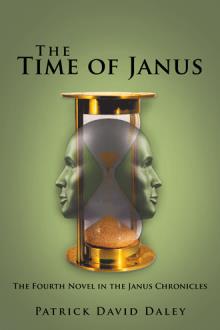 Sean Kilgore, born with the same distinctive birthmark as his father, grandfather, and great-grandfather, has no idea that he belongs to the world, not just his parents. Months later after a car accident robs him of his parents and his history, little Sean is adopted by his father’s colleague. Sean Kilgore is now Sean Brennan. As Sean grows older and learns he is adopted, he cannot escape the belief that his triangular birthmark has significance. Yet his attempts at discovering what it means only deepen the mystery.

Years later, Sean feels like a stranger in his own life, encumbered by a restlessness that beckons him into the unknown. Seeking to escape a past marred with disappointment and tragedy, Sean leaves a life of certainty behind and travels from Toronto to Kabul to London and finally to Janus, an uncharted island in the North Atlantic, where he soon discovers a peaceful society, committed to remaining isolated from the world. As Sean immerses himself in a new life, he is unaware that beneath the peaceful charm lies a hidden truth: the island’s enigmatic leader, a beautiful woman, and The Spirit know more about him than he does.

The Mark of Janus is the compelling tale of one man’s journey to fulfill a purpose two centuries in the making as the future of the world waits.

Patrick David Daley is a former journalist, columnist, publisher, and corporate speechwriter whose career has spanned more than four decades. He currently resides in Toronto, Canada, with his wife, Wendy, where he is writing the third book in the Janus Chronicles, The Hope of Janus.

The first book in the Chronicles, The Mark of Janus, is also available at all on-line booksellers.