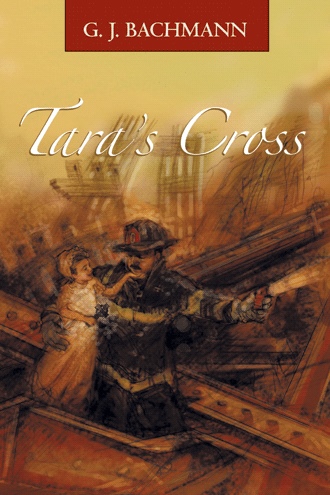 Rescuers pulled George Bachmann, a New York City firefighter from Ten House, from beneath the rubble of the Twin Towers on September 11, 2001. He survived the terrorist attacks, but somehow, his memory had been temporarily left behind. As Bachmann recuperated, he knew he needed to remember what had happened and he needed to confront his dreams, which was not an easy task. His mind was privy to an unknown piece of history that drove him to the brink.

In this memoir, Tara’s Cross, Bachmann describes the unimaginable events at Ground Zero. He tells not only of his physical recovery, but also shares the return of his memory through a series of dreams. He reveals the details of the magnificent sighting on West Street where he witnessed the two highest ranking NYC officers saluting each other at the foot of the North Tower before they perished on 9/11.

A tale of survival and salvation, Tara’s Cross is a testament to how the mind and soul heal themselves and how the spirits of the honored dead guide them home. This love story, set against the backdrop of the attacks on the World Trade Center, is also one of courage and recovery.

G.J. Bachmann worked more than twenty-seven years as a New York City firefighter and survived the events of 9/11. He was awarded the World Trade Center Double Star Rescue/Recovery Citation. Bachmann and his wife Annie live in Park Slope, Brooklyn, New York, with their daughter Tara Bridget.