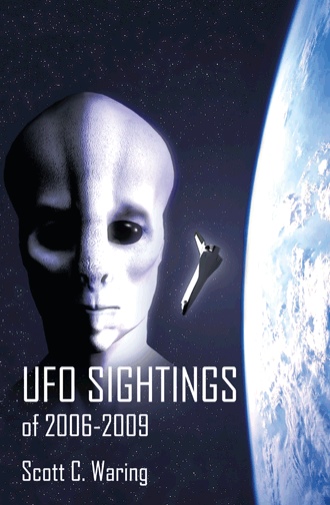 Chapter three: Shuttle Atlantis UFO Encounter, 2006 Imagine if you will, the Shuttle Atlantis orbiting Earth and being followed closely by something NASA called, “a UFO.” Well that’s what CNN, Larry King Live, The Seattle Times and ABC news reported. Atlantis was launched into space on September 9, 2006. An intense twelve-day mission and a stressful twenty-four hours with what NASA said were three gray metallic circular-shaped UFO’s changing positions around them in orbit. These objects flew around the shuttle, racing from the front to the back, quickly changing positions and then just hovering for a while. Latter NASA tried to say the UFOs were objects that had unknowingly floated out of the cargo bay. It is impossible that objects could have floated out of the shuttle cargo bay and had the ability to increase speed, to pass the shuttle and be visible in front of the nose area, as the recorded NASA conversations show. 6. Photo of Atlantis UFO close up. 7. Photo of Atlantis UFO farther. Fox News showed clear video of not one, but four metallic ball-like UFO’s near the shuttle. These objects appear perfectly round and occasionally move from one location to another around the shuttle. If it was debris, it should not be able to move so suddenly and still stay in perfect orbit with the shuttle. The objects seemed to zoom to other position around the shuttle quickly and then hold their position for a while as if they were curious about the shuttle. NASA admitted they often see objects like these through the years and even chased after them a bit, but none have ever gotten the recognition that this mission has gotten, yet they said they have never been able to find out where these circular-shaped objects came from. NASA eventually came upon the conclusion that the tiny ball like UFOs didn’t pose any threat to the shuttle. NASA delayed their planned landing of the space shuttle Atlantis by more than a day because engineers spotted several unidentified flying objects matching the Atlantis’s orbit perfectly without deviation. On CNN, NASA declared it as a UFO and then latter claimed it was an object that may have accidentally flown out of its cargo bay. NASA kept repeating that it was “a UFO” rather that what Fox News video reveals showing visibly at least 4 or more dull grey ball UFOs. One object was estimated by FOX news to be close to the size of a small house. An object of this size could not fit into the cargo bay of the shuttle, but when NASA engineers’ scrambled for an explanation, the best they could think of was that it came from the cargo bay. NASA engineers became frantically worried that the item that floated out of the cargo bay may have been a crucial element to the shuttle and may cause a severe accident on reentry as in 1993 when the space shuttle Columbia disintegrated on reentry, killing all seven astronauts aboard. Many UFOlogist claim that the Colombia collided with a UFO on reentry, but that has yet to be proven. NASA engineers believed that the object might have shook loose from the shuttle during the firing of jets in preparation for landing. The shuttle crew was ordered to do an additional inspection, something the Atlantis crew already had done twice earlier. An inspection is tedious and time consuming, because the crew and those who break down the data that is sent back to Mission Control are looking for the tiniest of cracks that could allow damaging heat to penetrate the shuttle during re-entry. This inspection the third time seems to have been done to keep the crew of the shuttle busy on their work and keep their minds off the UFOs flying outside their windows. NASA even decided that the UFO may be a serious threat to Atlantis and they circled the date November 11th to be the day that they would be forced to launch STS 300, shuttle Discovery in case the Atlantis crew needed rescuing in orbit. This plan may have been made because the UFOs themselves were dangerously close below the Atlantis shuttle, preventing it from leaving orbit or attempting a landing, heightening the risk of a collision. The Discovery would have raced to be launched with a skeleton crew. It would have rendezvoused with Atlantis, orbiting as close as 50 feet away, each shuttle’s open payload bays facing one another at a 90-degree angle. A rope tied to an astronaut would carry two spacesuits to the Atlantis, allowing them to escort them two at a time back to Discovery. Then once empty, the Atlantis would have been sent plummeting into the ocean by remote control. Fortunately this didn’t happen. 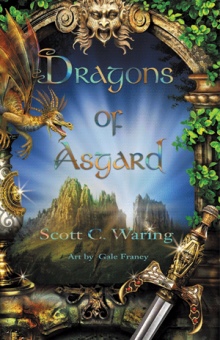 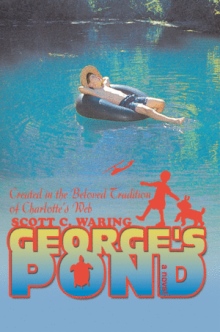 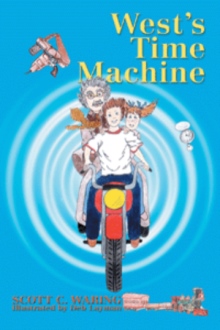 This book documents the UFO sightings seen at O’Hare Airport, NASA’s Shuttle Atlantis, Area S4, England, Turkey, Russia, Texas, the lunar surface, and much more. Learn about UFO sightings documented around President Obama, Reagan, Carter and more. There are twenty intense chapters, each on a different sighting, plus three bonus chapters on new UFO related information. Did you know there were recently discovered faces on Mars of not one, but four new alien species? The photos are inside this book. Look at this conversation during the O’Hare Airport UFO sighting that the United Airlines ramp tower and the FAA Area Supervisor had in a nearby O’Hare tower. We begin to understand some details of a photograph that exists through their interesting and revealing conversation: Ramp Tower: “I’m sorry, there was, I told Dave, there was a disc flying outside above Charley 17 and he thought I was pretty much high. But, um, I’m not high and I’m not drinking.” O’Hare Tower: “Yeah.” Ramp Tower: “So, someone got a picture of it. So if you guys see it out there…” O’Hare Tower: “A disc, like a Frisbee?” Ramp Tower: Like a UFO type thing.” O’Hare Tower: “Yeah, Okay.” Ramp Tower: “He got a picture of it.” (Laughing) The information in this book clearly identifies and weights the facts and possibilities that exist in new and interesting ways.