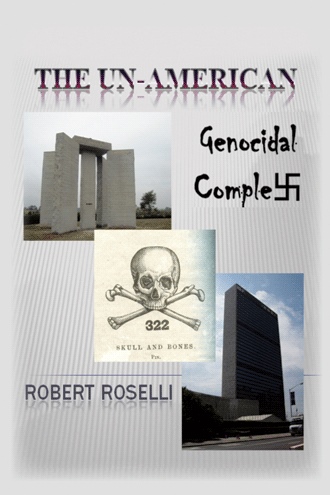 The “UN-American Genocidal Complex” is an obvious derivation from the “military-industrial complex” that former Oval Office Occupier, World War II General and might I say “conspiracy theorist” Dwight Eisenhower warned about on his way out the door after his tenure as the one responsible for keeping the seat in the Oval Office warm. As you’ll learn by the end of this book the “military-industrial complex” and “The UN-American Genocidal Complex” are essentially the same circles of power inside these “Late Great United States” and are in fact those responsible for making this once great nation just that, “The Late Great United States”. Other names for this “Complex” include “The Eastern Establishment” (which the great Senator Joe McCarthy took on almost single handedly) or quite simply the “They” of “They Live” with which everyone out here in “the imbecile majority” has an almost Twilight Zone infatuation and wholly unjustified blind faith in. The original title of this book (which was merely going to be link on my web site www.boxofsunglasses.com) was to be “AIDS and the Doctors of Death”. It was taken from an excellent book by “conspiracy theorist” and medical doctor Alan Cantwell who is one of only a few vociferous medical professions insisting the AIDS virus has to be man made (it’s actually a whole, happy family of oddball viruses; more on that later). Well that’s preposterous. How could “They” imagine “They” could away with such a thing? “They” would never try this. This is the United States most if not all the bought and sold media stuffed shirt hot air zombie shills both “conservative” and “liberal”, would say. Technically “They” are correct, in a physical sense. This is America geographically at least. But when “They” threw (God and) the babies out (literally with the anti-born alive Barack Obama currently keeping the chair behind the Oval Office desk warm) with the bath water all bets were off. Without God, the real One, what really separates us from say Nazi Germany? Do you think all those genocidal wackos in the radical environmental movement calling man “a cancer” plays around? The religious environmental movement is the vehicle of justification for what amounts to mass murder. (See Their Lists page on the web site for starters when you’re done here) AIDS is just one example of how “They” have been trying to cull in the herd so to speak as “They” seek to create some kind of anti-Garden of Eden here on “Mother Earth”. Mass experimentation on us out here in “the imbecile majority” is quite common. UN-fortunately this isn’t “conspiracy theory” but documented by “our” very own Federal Government, as you’ll see in the Appendix. 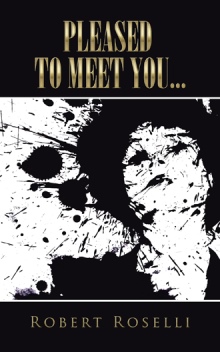 In the Book of Ecclesiastes God, the real One, emphatically states, “there is no new thing under the sun”. Human history is rife with man’s inhumanity to man and the 20th Century is no different. The 21st may even be the worst yet. One of the most egregious examples of this inhumanity has been the human sacrifices to “Mother Earth” (i.e., the Greek Gaia) and “her” husband, Baal, the ubiquitous sun god of history known as Lucifer and later Satan. The Canaanites, Druids and Mayans, ancient cultures yet somehow serving as the foundation of the so-called “New” Age, are examples of those that practiced human sacrifice including their own children to Baal and “his” wife, Gaia. Today this human sacrifice is hidden beneath a thin veneer of “science” known as “global warming”, “the population problem” and “the complete lives system”. And it’s all controlled by the “They” everyone refers to in some kind of blind faith as in “They” would never do that or “They” are going to do this and so on. Today “They” are known as the UN-American Genocidal Complex. There really isn’t anything new under the sun.

Currently I reside in NJ where I was born and raised. I am a licensed professional engineer in three states and hold a Bachelors and MS in civil engineering. It is this technically oriented background that establishes the logical and scientific background that is incorporated in to my work.