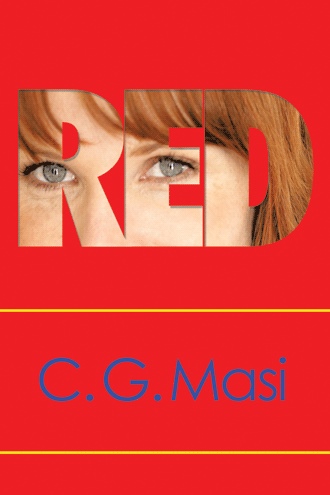 Over dinner that night at a Mexican restaurant that Doc said was “better than your average mexican fare in Florida, but not as good as what you can get in, say, New Mexico,” Red was very quiet, as if she had something on her mind, which, of course, she did. Both of her car’s cylinder heads had turned out to be warped, but repairable. The machine shop had said the job would take a week, and a half. Leaving a day or so for Bill to put the car together again, she was looking at a couple of weeks with no car.

She could sit on her hands for two weeks, or continue her quest. But how?

By the time the mariachi band wandered off to blare in somebody else’s direction, Red had made a decision.

“Doc, there’s no place you have to be for a couple of weeks, right?”

“Well, I should go back to Arizona next week, but I suppose the company could get by without me for a while. What have you been cooking up under that wavy red mane?”

“Well,” she said, leaning over the table, and speaking in a low, conspiratorial voice (or as low as was possible with the mariachi band starting up again on the other side of the outdoor patio), “I was going to find my father in Nevada, but my car’s out of commission for a couple of weeks. By that time, you could drive us there on your motorcycle. I could pay you $100 a day.”

“Do you have any idea what the expenses would be for a trip like that?”

“It wouldn’t cost you any more than you had planned for your motorcycle vacation, and I’d actually be saving money by not driving my car. My paying you would cut your vacation expenses by $100 a day.”

Doc seemed amused by this. Smiling, he asked: “How were you planning to pay for this little jaunt, anyway? I never asked because I didn’t need to know. Now that you’re inviting me along, it would be better if I did.”

“I have an American Express Gold Card,” she responded proudly. “It’s how I get my allowance.”

“Yes,” she said with her face clouding over. Now that she’d said it out loud, it didn’t sound as worldly, and independent as it had in her head. “It’s one of the ways my step father has of trying to make us like him. I wish I didn’t need to take it, but I’d have to live in a dorm, otherwise.”

“Let me get this straight. You’re running away from home because you hate your step father, who has enough money to live in Miami Beach ...”

“On a yacht,” she interrupted sheepishly.

“Only during boating season,” she interrupted again, even more sheepishly. “He has a condo in D.C., and a ranch in Texas...”

“... in Miami Beach on a yacht, when not at his condo in Washington, or on his ranch in Texas, and cares enough about you, and your mother to pay your way through college in Cambridge, Massachusetts ...”

“Harvard, actually, but I have a scholoarship that pays the tuition.”

“Yeah, but I know how much it costs to live off campus in Cambridge.”

“My apartment’s across the river in Boston.”

“Beacon Hill,” she said, almost hiding behind her napkin.

“Oh-kay, … pays for you to have an apartment in absolutely the most exclusive part of Boston so you won’t have to live in a Harvard dormitory, and gives you an American Express Gold Card to boot. Do you know how that sounds?”

“Pretty ungrateful, I guess,” she said with downcast eyes.

“But, I know my father is alive! I want to go to him! Please help me!”

“Since you put it that way, okay, but I want you to know what you’re doing. Don’t tell anyone else this story. Nobody would understand. They’ll think you’re nuts.”

“I’m reserving judgement,” he laughed. “But, I also have to work hard to keep my reserved seat in the Crazy-But-Not-Stupid section, so I have to be careful about throwing stones. By the way, where does American Express send the bill?”

“Oh, … to my step father,” she said suddenly realizing how easy it would be for him to trace her movements. If she wanted to stay out of sight, she’d have to make alternative arrangements.

“Most people think bikers are loud, swear a lot, and don’t have much of a vocabulary. Sometimes you sound like a college professor.”

“Contrary to what most people think, there are all kinds of bikers. I know bikers who are college professors. If you want, I can swear like a sailor for you.”

“You didn’t talk like a college professor with Bill.”

“I generally talk to people the way they talk to me. Bill has a trade-school education. He has above average smarts, and a lot of other good qualities, but superior language skills aren’t among them. I talk to him in a way he’s comfortable with. You, on the other hand, have what turns out to be an Ivy League education, so I change the way I speak accordingly.”

“So, you have a college education?”

“What’s that supposed to mean?”

“It’s the best way to build a vocabulary.”

“That depends on what you read.”

“Point taken. I read everything from candy wrappers to the classics. Now, do we have a deal or not?”

Once again, he’d deflected her question when it got too close. Who is this guy?

“Yes,” Red responded. “In the interest of secrecy, you’ll cover out-of-pocket expenses, and I’ll pay you back, plus $100 a day, at the end of the trip.”

“Where are we going?”

“My father has a mining claim Northeast of Carson City, Nevada. I think that’s where he is. At least, that’s where I think we should start. All I have are latitude, and longitude.”

“You’re talking about the Comstock Lode. That was cleaned out a hundred fifty years ago.”

“That’s what everybody says, but my father’s a top geologist, and knew what he was talking about. He said his research showed that there was a big mineral deposit up there that nobody ever found. He couldn’t get anyone to listen, so he didn’t have any backing. He made several trips up there in the 1990s on his own. The last time he came back, he told me he’d found just what he was looking for. He was really excited, and told me all about it. He made one more trip to collect samples that would prove his theory, but he never came back. I think he’s up there, still.”

“You know, it’s not like the early 1800s, when the West could just swallow people up. They’d disappear, and nobody would ever know what happened to them. Even by the 1850s, that area was pretty filled up. Virginia City had thirty thousand residents. It was almost impossible to hide out, even if you were trying. The locals would always know. Now, it’s a tourist trap. Carson City is the state capital with a population of over fifty thousand!”

“I know that. People have been telling me that for ten years. But, I know he went there, and he never came back. My mother tried to get the police to look for him, but they found nothing. I don’t think they really tried. After seven years, she found a rich boyfriend, and had my father declared legally dead, so she could marry him.” 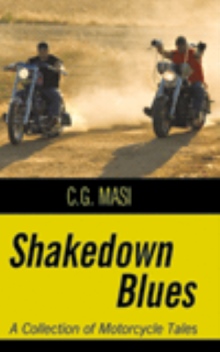 Judith McKenna wants what every woman wants—a home, a family, and a husband she loves. But ever since her father disappeared ten years ago, this six-foot-three-inch redhead with a crack athlete’s body, an aptitude for mathematics, and an independent streak a mile wide, has not had much luck with men. But her destiny is about to change as she embarks on a sexually charged six-month journey of self-discovery.

It is spring break of her senior year in college, and Judith is in Miami to spend another dreary week on her stepfather’s yacht when she suddenly finds herself stranded on the side of the road. As a cloud of smoke pours from the engine of her pink Mustang convertible, she looks up from the driver’s seat to see a rugged stranger dressed in black leather pants standing next to her as his motorcycle helmet dangles from one hand. Doc, who nicknames Judith “Red,” has come to her rescue, but she is determined not to let anything or anyone stop her search for her biological father.

As she slowly uncovers the mystery of her father’s disappearance, Doc introduces her to adventures that will ultimately lead her to finally discovering what she truly desires.

C. G. Masi is a teacher, scientist, engineer, journalist, and veteran motorcyclist who has published over three hundred articles in scholarly, trade, and consumer publications. He and his wife, Bonnie, live a nomadic life and have had more than twenty residences throughout the United States. This is his third book.