The Tale of a River

by Ngo The Vinh 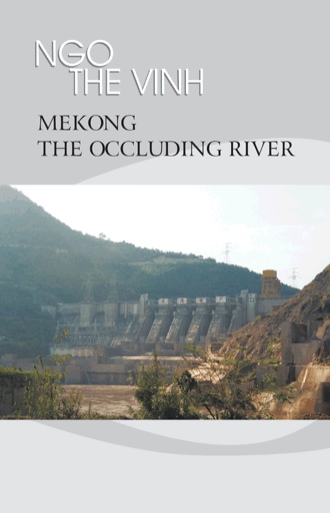 Part travelogue, part history, and part environmental treatise, “Mekong – The Occluding River” is above all else an urgent warning that factors such as pollution, ecological devastation, and the depletion of natural resources are threatening the very existence of the Mekong River. Author Ngo The Vinh combines his vivid travel notes and collection of photographs with a meticulously researched history of the environmental degradation of the Mekong River. Translated from Vietnamese, the best-selling treatise outlines the myriad threats facing the river today. From oil shipments feeding the industrial cities of southwestern China to gigantic hydroelectric dams known as the Mekong Cascades in Yunnan province, China is the worst environmental offender, though the other nations along Mekong’s banks behave no better. From Thailand to Laos to Vietnam, hydroelectric dams that threaten the Mekong and its inhabitants are being built at an alarming rate. To save the Mekong, Ngo The Vinh calls upon all the nations that benefit from its life-giving water to observe the “Spirit of the Mekong” in the implementation of all future development projects. To achieve this end, there must be a concerted and sustained commitment to cooperation and sustainability. At this critical cross-roads, we should remind ourselves of the mantra from Sea World San Diego: “Extinction is forever. Endangered means we still have time.”

Ngo The Vinh is a physician and former chief surgeon of the Eighty-First Airborne Ranger Group during the Vietnam War. A widely renowned author, he published four books in Saigon before 1975 and was awarded the 1971 National Prize for Literature for his book “The Green Belt”. His latest book, “Mekong – The Occluding River”, is a Vietnamese-language bestseller.