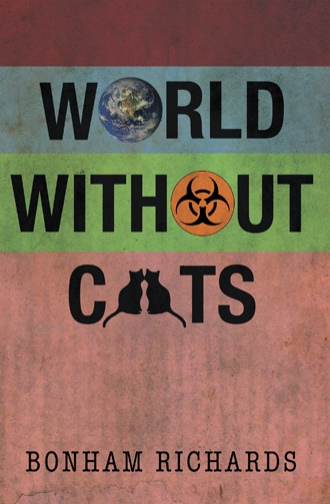 Vera noticed at once that many of the cats appeared lethargic. “All right, hon, I want you to tell me everything that has happened.” Dorothy recited the chronology of the four feline deaths over the past week.

“Did you notice anything,” asked Vera, “anything at all in those cats before they died? Their appetite? Did they eat? Were they frothing at the mouth? Did they seem sickly?”

“Well, yes. For the last week or so, quite a few of the cats haven’t been eating much. Lucy and Aristotle weren’t eating at all before they died. Even Martin there hasn’t been eating.” She pointed to a large Tom sprawled on the carpet. “He usually eats the food left over by the others. And they haven’t been as active as usual. Some of them have diarrhea, some have been vomiting, and I saw blood coming from the noses of two of them.” Dorothy stopped speaking and started to sob. Vera went over to the distraught woman and put an arm around her.

Dorothy regained some composure and said, “Oh, and they seem to be very thirsty. At first, I didn’t think too much of it because my cats often get sick with one thing or another. Maybe fleas are responsible.”

Vera noticed that some cats were showing their haws, the membranes under the cats' eyelids that, in healthy animals, were generally hidden. She also noticed streaks of blood in their eyes. She took the rectal temperature of several of the sick cats. “They all have high fevers,” she remarked. “No question that it’s some kind of bacterial infection.” The vet stroked the back of the cat she’d been examining. The cat made an evasive movement and yowled loudly. Hmmm. sensitive to touch, she thought. She scratched her head. “Are there more fleas than usual right now?”

“No,” Dorothy replied. “It’s still early for fleas. They don’t get real bad until summer.” Dorothy had stopped crying. “I thought it might be distemper, but you gave most of them shots for that.”

Vera nodded thoughtfully. “I think you should consider putting your cats on one of the long lasting flea inhibitors.” For years, she had urged Dottie to use an anti-flea regimen but the woman refused to use any medications on her cats unless it was absolutely necessary.

Dorothy continued, “Most of the cats died at night. I found their dear little bodies when I got up in the morning. But one, a cat named Clyde, that Pete Wingate brought over here, was eating up a storm yesterday around ten in the morning, and he purred so loud when I scratched him under the chin—” Dorothy paused, a lump in her throat. “Then I found his furry body about 2:30 in the afternoon.”

Vera listened for possible clues to the illness. Her attention, however, was caught by the strange antics of a jet black cat over by the grandfather clock. The cat, Sabrina, was having trouble walking. She was making the same awkward movements that a kitten does when it first ventures to use its limbs. But Sabrina was fully grown. Vera rushed over and tenderly folded the animal in her arms. Sabrina protested weakly. Blood was dripping from her nose and mouth. Soon she was convulsing, her body jerking spasmodically in Vera’s arms. Within minutes the cat was dead. Dorothy and Vera exchanged horrified stares.

Vera shook her head. “You might swab down the floor around the food and water dishes with bleach,” she suggested. “I don’t know what we’re dealing with here, but bleach is a pretty good disinfectant.”

The vet put the lifeless bodies of Sabrina and two other cats in a large plastic bag, and then gave Dorothy a hug, saying, “Ill do my best to find out what this is.” The drive back to the clinic allowed her time to digest the afternoon’s events. Clearly, there was some sort of epidemic affecting Dottie’s cats. They displayed symptoms of a rapidly developing virus disease as well as, possibly, panleukopenia. But the rapidity with which this disease passed from animal to animal didn’t jibe with any sickness she could think of.

While Kal took care of the practice, Vera spent the rest of the afternoon performing necropsies on the three cats. The dead felines were quite emaciated and had enlarged spleens and lymph nodes. She noticed extensive internal bleeding, a finding she found both puzzling and alarming. Her pulse raced and her hands started to shake. She closed her eyes, leaned back in the chair, and forced herself to relax. When she examined the blood of the deceased cats under the microscope, she found that all three showed very high white blood cell counts. Panleukopenia would have shown low counts. Her preliminary diagnosis had to be wrong. She wondered if it might be a new disease with which she was unfamiliar. Kal Forstner was a recent graduate of vet school; Vera considered that he might have encountered this new affliction in one of his courses.

“Kal, would you come in here a minute, please?”

“What’s up?” Kal said as he entered the lab.

Vera described the disease affecting the cats. “Does this sound like anything you studied at Davis?”

He put his fingertips to his forehead and closed his eyes. After a minute, he said, “No, I can’t think of any infectious disease that spreads so fast.”

“I was afraid you’d say that.”

A strange, fatal hemorrhagic disease is killing housecats in Camarillo, California. Veterinarian Vera Barnett suspects that the illness originated in the lab of her lover, molecular biologist Noah Chamberlin, who has been investigating a hereditary feline disease at a nearby university.

The infection soon appears in nearby cities and, not long after, all over the world. Senior epidemiologist Angelo Kraakmo, is assigned to investigate. The cause turns out to be a new virus. Angelo names the disease feline hemorrhagic fever, FHF for short. It did not originate in Camarillo.

Vera, Noah and Angelo work together to find a cure. By the time eighty percent of the world’s cats have perished, scientists question whether the species can survive.

Will Felis catus become extinct? What are the consequences of the demise of a species that has lived intimately with humans for twelve thousand years? How will the disappearance of our feline companions affect the human population?

Bonham Richards describes himself as an unabashed cat-lover. Before his retirement, Richards taught biology at California State University San Bernardino and the University of Southern California. Originally from Los Angeles, he now resides in Camarillo, California.