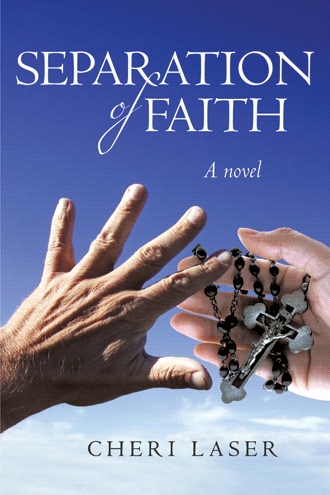 July 1945 A brutal act of violence is hard to imagine on the serene grounds of a convent. But that afternoon the idea had been hurriedly conceived and was just as quickly being set into motion. The moderate winds whipping through the narrow mountain valley were growing stronger and began blowing the white folds of the young postulant’s veil up around her face, obscuring her view of what was going on around her. Now formally referred to as Sister Mary Abigail, she had been sitting in the gazebo, reading through a stack of pamphlets that one of the convent’s retreat guests had collected in villages, churches, and other landmarks throughout Europe. He was an Army officer and had been among the first waves of soldiers returning to the States after German forces surrendered to the Allies three months earlier. Like so many others who’d seen combat in that theater, he’d not only come home with physical injuries but also with the prickly inner demons that continued to wage battle against the soldiers, even though the war was now virtually over. Consequently, Lady of the Valley Convent, along with various religious and secular institutions nationwide, had begun holding retreats catering to servicemen. Not only did the small additional revenues from registrations help sustain the convent’s operations, but the remote, idyllic valley setting offered a place where weary and troubled soldiers could tend to their fractured bodies and souls. As a postulant—the only one currently in residence and thus going through this first stage of her training by herself—Abby was still free to carry on conversations with outsiders until she took her interim vows in September. So she had been engaged to help the husband and wife team that drove up from Spokane to run three five-day retreats each month. Her exposure to the soldiers and their war stories, overheard while she was serving their meals, had instilled in her a reverence for all they’d accomplished on those unmerciful battlefields. But more importantly, she had become acutely aware, for the first time in her nineteen years of life, of the overwhelming power and presence of evil in the world, one that required an even greater power and presence of good, in order for peace to prevail. This awareness offered some validation of her decision to join this community of sisters, although increasing doubts had been plaguing her of late. She longed for the opportunity to talk about her misgivings with her friend Tess, who would surely offer her the wisest of counsel. But as a novice and thus already in the cloistered part of the convent, Tess would largely remain off limits for at least another three months until Abby became cloistered as well. She could tell that her hour of free time was nearly over just by the angle of light in the sky. The pamphlets, which had momentarily transported her across the world, had been gathered together again and refastened with a rubber band, just as the soldier had given them to her. But her moment of tranquility was abruptly shattered, and the pamphlets flew out of her hands, as an overpowering force plowed into her from behind, viciously shoving her to the ground. Somehow a scream managed to escape her lips just before her nose and face slammed into the gazebo’s stone floor. The weight of the attacker on her back was excruciating, and the acid burn of terror began choking her as she felt hands reaching beneath her skirt—grabbing, shoving, probing. The multiple layers of her habit’s fabric were frustrating those movements and buying her precious seconds, although her prayers of thanks would have to come later. Struggling to catch her breath, she was shaken even further when she realized that more than one person was in the gazebo with her—somebody on her back and someone else with the hands. Time was oddly compressing and expanding in the same instant, creeping in one element like slow motion while, in the other, the gazebo walls whirled around her from her vantage point on the cold ground. Then the scene appeared to freeze as she felt the weight on her spine lighten and shift while the hands hesitated, as if rethinking their next movement. Mobilizing a strength wrenched from some unfamiliar place within her, she surged over from her stomach to her back, throwing both attackers briefly off balance. Without wasting a moment, she yanked her thighs against her chest and, with every ounce of fury she could muster, rammed the heels of her heavy black postulant shoes up and forward into one of the blurred faces staring down at her. He grabbed at his eyes and began shouting obscenities as the other man lunged at her, missing her when she rolled over on her knees and struggled to stand up. Suddenly, a wild commotion erupted as other voices were being added to the mix. Staggering to her feet and raising her hands to catch the blood dripping from her nose and mouth, she turned and saw four figures in olive green fatigues drag the two attackers from the gazebo and throw them face down on the grass. Once the pair had been subdued, with their wrists somehow tethered behind their backs, one of the olive green figures came into focus—the soldier who’d given her the pamphlets. “Oh my God, Sister, are you all right?” he asked, his anxious voice and expression both blessings to behold. “Yes,” she stammered. “I … How …?” He placed his hands on her shoulders and gently lowered her to the built-in bench encircling the inside of the gazebo. She felt his arm wrap around her and, as she realized she was going to pass out, she believed that God was speaking to her through this calamity and through this handsome warrior, who had just saved her from far more than a rape. 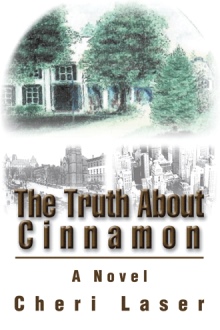 THE TRUTH ABOUT CINNAMON
Cheri Laser
$26.95

In the summer of 1945, as World War II is ending, Abby Ryan is studying to become a nun. On the serene grounds of the convent in Kettle Falls, Washington, she is assaulted by trespassers and rescued by Sinclair Mellington, a handsome army captain attending a retreat at the institution.

Decades later, in the fall of 2008, Isaiah Mellington, a middle-aged unemployed attorney, receives a letter written years earlier by his now deceased father, asking him to wrap up loose ends in the wake of Sister Abby’s passing. He travels to Kettle Falls, expecting to only be there for a weekend; instead, Isaiah discovers that Sister Abby’s loose ends are connected to a life she lived outside the convent. Eight days after his arrival, he is still in Kettle Falls with four women—an aging former nun who is the keeper of Abby’s secrets, a romantic interest of his own, and two others whose lives are being hijacked by Sister Abby’s past. As betrayal encroaches upon Isaiah as well, a half century of lies slowly unravels, shredding the fabric of everything he has ever known and everyone he has ever loved.

After Cheri Laser earned a degree in communications, she spent more than twenty-five years in corporate marketing roles, eventually becoming a freelance editor. Her first novel, The Truth About Cinnamon, earned Editor’s and Reader’s Choice designations from iUniverse. She currently lives in the New York Metro area of New Jersey.