THE ROAD TO GASPARILLA...... and BEYOND

Jump aboard Marty's and Emily's Allegro Bay for a ride that will take you from Arizona to Bar Harbor chasing the elusive Mr. Swartz. 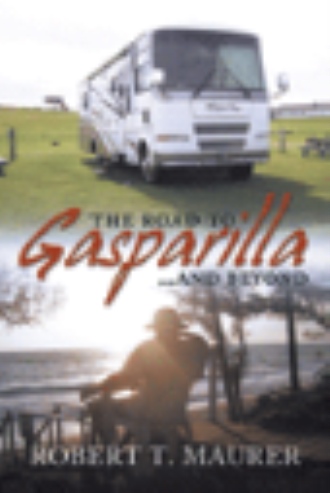 PROLOGUE
“Monday...Monday, so good to me, Monday...Monday, it was all I hoped it would be. Oh Monday morning, Monday morning couldn't guarantee, that Monday evening you would still be here with me”...These lyrics from the old days were blaring from the speakers set up in the middle of the parking lot at the yearly street rod and custom car show held at Englewood beach park, a small fishing village on the gulf coast of southern Florida south of Tampa Bay. Since the economy took a nosedive there are quite a few cars for sale and spending the day in the March sun may well turn me into a Ford T-bucket owner. As I took a seat on one of the boardwalk benches and surveyed the crowd below I started to muse about what brought me to this place and point in my life and just how the hell I was going to get out of my situation without going to jail!

Up until a few months ago I was sole owner of Stockyards Mortgage Brokers,a.k.a. SMB,situated in the corporate building of the Stockyards Business Centre in the exact location of the original cattle stockyards and meat processing plants of Phoenix, Arizona.All that remained was the reconstructed corporate administration building and the famous restaurant of the same name that offered mouth watering steak and prime rib dinners to the local cowboys,businessmen and politicians dating back to 1947.

During the illustrious housing boom of 2003-2006 I was able to abscond with 84 million dollars,originally destined for jumbo sub-prime home and commercial mortgages but rerouted to the offshore Cayman Island account of one John Swartz.John is a now my legal pseudonym due to Social Security cards,driver license,passports and birth certificates set up for myself,my wife and two children prior to us leaving Phoenix after the new year celebrations wrapped up over at the office. Document forging is not hard to obtain in the land of illegal immigration, believe me, especially if your willing to spread the green around liberally, five thou can buy some great documentation and photos and twenty will get backup history developed.

Rerouting funds intended to cover mortgages is not that hard and actually is a common white collar crime,just usually not to the extent of my misgivings.I established a ghost corporation,spread some juice around to some scrupulous real estate appraisers and setup some 431 fictious accounts.Mortgage lenders,mostly Wells Fargo Bank,issued tens of millions of dollars in mortgage monies that were based on false loan applications,sales contracts and appraisals that had been falsified by my company.No one in my office of 5 employees had any idea what was going on and within two years my off shore account was at 84 million.Sorry? Your dam right,but my horse racing losses got way to deep and as far as wire fraud,in for a pound in for a dollar as they say because it’s 20 years minimum no matter what the stakes.

Funny, we actually left everything, just up and disappeared.In our case it wasn’t that difficult because my parents have both passed on and my wife,Monica,is an orphan.I was an only child so except for a few distant cousins somewhere on the plains of Oklahoma no one related was going to look for us,my only worries concerned my preteen sons,Ronnie and Teddy,wanting to stay in contact with old friends.

Actually leaving town without a trace was my biggest problem once I decided to run. I devised a scheme that because of my knowledge and written testimony on a securities case we would be reinvented by the Federal Witness Protection Agency. I paid several needy actors handsomely to pull it off and darn if even I began believing it.

Using the new names or the boys, Ron and Ted has been difficult to remember but I am finally getting there after 3 months, also my wife still calls me John half the time, but I am using my old nickname, Jack. We decided to keep my wife’s name because it is common enough and I highly doubt that will tip anyone off. I told my boys that I got into some money issues with the mob and we are now in witness protection, hence the new names and relocation, although they have yet to accept the home school issue.

We purchased a beautiful house, more like a retreat, on the gulf side of Gasparilla Island in Florida, in a little village named Boca Grande, not many people even know where that is so we feel pretty comfortable staying here and we plan on home schooling the kids so I feel we can stay under the radar from the law and stay in the States and not go abroad, just yet.

Our new abode is 3 stories, when you include the hurricane room, fresh water pool, dock access for when we purchase a boat and roughly 2 acres for tennis court, landscape and parking, not bad for 4 million dollars. Gasparilla Island is a barrier island about 24 miles from Port Charlotte which has world class sport fishing. The history of this island is astounding, from mackerel fishing by Cubans to the railroad bringing in potassium from the interior and pumping it onto ships because the channel depth would support a deep sea port, big enough for 2 ships, located on the bay side, hence the rails running down the main street median. The only access to the island is by the Boca Grande causeway or boat so Monica and I feel secluded and safe from the bad guys, which is really the law as far as I am concerned, we just need to stay smart.

We have developed a camouflage story for interested neighbors and others that speaks of our investment profits in housing and oil before the crash in 2008, where we made a wall street killing in the multimillions. The kids love it here, they have their own beach and there are bicycle paths galore running down the middle of the island, it’s a vacation paradise during the season and there is so much turnover on the rentals, another good point in our favor.

So why am I sitting here like a worry wart? I just have this foreboding feeling, guess it comes with the territory and probably will never pass, I still remember that childhood saying ‘cheaters never prosper.’ I just contacted my college intern, who I paid dearly for his computer services to set up the false accounts, to get the pulse of activity on any investigation. He informed me that he has been grilled by the Feds and also there was a private detective from Wells Fargo snoping around. Everyone is scoping the books and accounts so he moved his money and purchases to California. As far as he knows they have no idea where I went, just that I vanished. I used multiple documents during my escape so nothing was rented, paid for or bought using my final alias. I told him I was in South America in case he got caught and caved, that way they get squat as to my real whereabouts. Now to throw the cheap cell phone I bought this morning in the trash and mill around.

Deciding I had executed a clean getaway and with prudent precautions I would stay out of jail I decided to go down and put a bid in on that 29 Ford T-bucket,I always had lusted after one. As they say, ‘I would look bitchin behind the wheel,’and it would look great cruising the causeway, not to mention the stress relief it will provide.

Here I sit fighting the wind crossing Texas, trying to hold my lane on Interstate 10. I am fatigued, arms hurt,and nursing a headache,I’m just plain tired.It has been two days since we left Phoenix and it’s been all desert sagebrush and not much else.My copilot is sleeping as usual,she’s a great wife,and a great cook but what a terrible map reader,that’s why I bought a Garmin GPS this year for our RV. I’ve been thinking while driving, letting my mind wander as to how I actually got here at this time in my life.I just retired from a 31 year career in civil engineering at the local utility company in Phoenix, Arizona. Now I am on the road,which I thought was going to be my first retirement trip but is,in reality,a work related

Climb aboard Marty and Emily's coach for a fascinating ride along the eastern seaboard. Along the way you will visit historical sites, major cities and camp under the stars from Florida to Maine. As a passenger you will be involved in the tracking and spying of Jack Swartz, a white collar criminal who our client is anxious to have apprehended and their funds recovered. Help my team member 'Hamhock' hack into the credit card database account, bug their cell phone and keep track of the offshore account all from the comfort of his den. Enjoy the resturants and tour the battlefields of America's past while reliving yesteryear, all the while hasseling the traffic and catching subways in the name of fun. What a ride!

This book is Robert Maurer's first novel, a basis for his new series on RV travel. He lives in Phoenix and when not writing he enjoys sports, horseracing, hiking and of course traveling the country in his motorhome with his wife and two dogs. Please visit www.madmartysrvtravels.com. for more information.