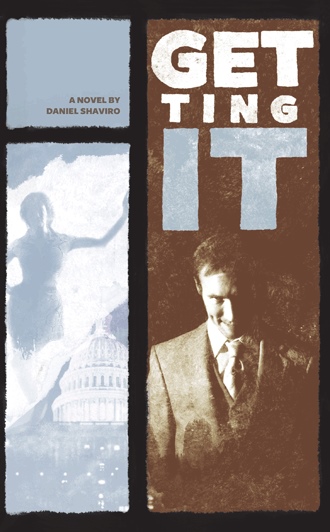 The Legions of Hate

At the well-appointed offices of Ashby & Cinders, Peter Crossley, the partner who had been rather casually appointed to handle the new Barlow matter, was waiting for his subordinates. They were due to visit him at 4 o'clock, and already it was 3:59:30.

Fortunately, Crossley had ordered his secretary not to admit them until precisely 4:05. And at 4:04:45, he could place a call to his wife. This way, after their five minute wait outside, he could make them wait in his office for another ten minutes, staring if they liked at the contrast between the light gray carpet and dark gray chairs, and feeling uncomfortable while he engaged in personal conversation. With any luck, they would rise apologetically to leave, and he would be able to wave them impatiently back into their chairs.

Crossley chewed on his lower lip as he reviewed the situation. Assignment to the Barlow case was a dubious honor; it was unlikely to generate much in the way of either billings or glory. Had he been assigned to it out of contempt -- the why-waste-our-best philosophy? Or to make him look bad? Or simply by lot, because someone senior thought it was his turn? On the other hand, it was nicely timed to let him enjoy flexing his already well-honed metaphorical muscles. With a little crude hinting, he could imply to the associates, without being far wrong, that the case was a life-or-death affair -- the last crucial step, taken under his watchful eye, in determining which, if any, of them would make partner.

The pleasures that awaited him were easy to visualize. First, in six weeks, would come the annual partners' meeting. There would be the flattering attention as he gave his precis of each associate. He would offer faint praise, complimenting one's energy, another's thoroughness, and a third's nuts and bolts knowhow. Then he would express his concerns, speaking sorrowfully of the problems with each one's performance. Much as he liked his protégés, he would tell the group, it was his duty to share these concerns. Finally, there would be the exquisite agony of telling probably two, but better yet all three, of the associates that they would be well-advised to seek employment elsewhere. As the type of person who had tortured insects as a boy but since fallen victim to a tender conscience, Crossley rarely felt pleasures as delicious as at that horrible moment when an associate's eyes would pop open upon grasping the bad news.

By now, it was 4:05 and, though he had not placed his phone call, two of the associates were admitted. Their order of entry had all the inevitability, if none of the tragedy, of Greek tragedy. First was eager Bill Doberman, loudly saluting him and claiming to have left Mr. Cinders "in the lurch" in order to arrive in time for the meeting. Doberman was immediately followed by Lowell Stellworth, the languid yet fanatical master of the lengthy footnote. Only Arnold Porter had not arrived. This poor soul, painfully earnest and perennially besieged, could be expected late as usual, puffing his apologies about being detained by another partner.

Doberman and Stellworth made a kind of Jeff and Jeff pair as they entered without Porter, the Mutt of the group. Each was a smidgeon under six feet, and convinced that he was slightly the taller of the two.

They were so poorly matched, however, that any good interior decorator would have applauded Crossley's plan to trade in at least one of them next month. Doberman was trim, with smooth skin, symmetric features, and white teeth that he flashed a lot (whether to smile or grimace) because he knew from looking at the bathroom mirror that they were striking. The secretaries admired his cheekbones, and the contrast between his healthy pink skin and almost black hair. His eyes were also dark, although perhaps a bit too big and staring -- the main criticism one heard in the hallways -- but some found this intense and magnetic. He was prone to make direct eye contact to the point of being invasive, evidently relishing this as an assertion of will.

Stellworth was long-limbed and gangly, with pale blond hair that he combed straight back, leaving a large forehead over his brown wire-rim glasses. The secretaries applauded his upright posture and old money air, but found his body movements awkward. They also noted that his eyes were not quite even and his teeth oddly spaced and a bit yellow. Was it definitely too late for braces?

Their mode of dress was almost a match. Both had chosen medium gray suits today; and for both it was invariably either that, charcoal, or dark blue with pinstripes (they happened to have pinstriped the same color tone). Doberman, today and especially in the charcoal, favored a tighter, more Italian rather than Brooks Brothers cut. He had also jumped with both feet onto the yellow tie bandwagon, and today was wearing a specimen that Stellworth, who favored dark red with understated stripes or dots, would almost have called garish.

"I can never get over what a nice office you have!" Doberman exclaimed as he darted over the threshold and paused, leaving no more room for Stellworth than was strictly necessary. Stellworth winced at this remark as he squeezed through; his own methods of sycophancy were less direct.

"I like it," responded Crossley, flashing the ghastly forced smile with which he always expected, quite misguidedly, to reassure his interlocutors. "I always say that, from my double window, it almost looks like Paris, more than Washington. All those broad boulevards and sidewalk cafes."

?"Not just that! It's so spacious, and you've furnished it with such excellent taste. If I had this office, I wouldn't change a thing."

This was almost going too far. Doberman was ambitious enough to want the office himself, although there was no conceivable way he would ever get it. Even Crossley, a partner for eight years, had been lucky when a senior partner retired and everyone above him in the pecking order was too busy or preoccupied to move. If Crossley had his way and maintained his current billable hours, there was about a forty percent chance that he would die here.

Porter shambled in, precariously balancing a stack of law books, his face puffy from interrupted sleep. Evidently his boys had gotten him up again. Crossley, to paper over any tension about the late arrival, grinned again and asked the associates if they would like his secretary to bring them coffee. All assented -- Doberman, to show his fervent approval of every Crossley suggestion; Stellworth, because he had not touched coffee for nearly twenty minutes; and Porter, because he was afraid to say no.

Crossley cleared his throat and ran a hand through his sandy, thinning hair. He tried to pull in his paunch, a recent and distressing addition to his body frame that made him resent these barely more than thirty-year-old associates all the more.

"I hope none of you has irrevocable plans for the weekend. A rather urgent situation has arisen.” He paused significantly, and Stellworth shot a prying look at Doberman, hoping to catch an indiscreet flicker of disappointment.

Young D.C. lawyer Bill Doberman, who fancies himself the James Bond of the Potomac. is a liar, a conniver, a phony, a hypocrite, and a cad – and those are his good points. But will they be enough to win him the much desired booby prize of partnership at Ashby & Cinders?

He will need all his skills to out-compete the dour Lowell Stellworth, languid yet fanatical master of the lengthy footnote, while also dodging hostile senior partners, posing as an arts connoisseur, and keeping his two girlfriends at the firm from finding out about each other. All this in the hope of qualifying at the end for even longer hours and a pay cut.

Daniel Shaviro used to practice in a law firm, like the characters in this book, but decided he would rather not work so hard for a living, and is now a Professor of Law at NYU Law School. Luckily, his law firm was nothing like the one depicted here. He is the author of many books about public policy, but this is his first novel. He lives in New York with his wife, two sons, and three cats, and has a blog at http://danshaviro.blogspot.com.