They Call Me Wheels 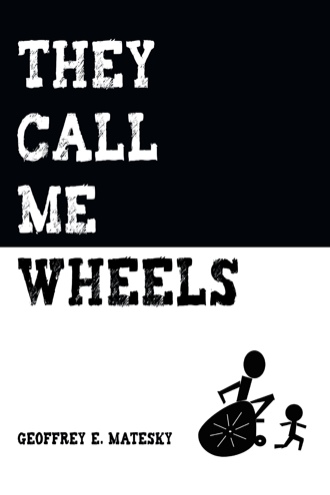 In the year 2000 I thought I had life pretty much figured out, at least for a guy who had spent the last 16 years paralyzed and permanently confined to a wheelchair. As the survivor of a horrific car accident at age 19, I had rolled through some pretty rough territory, enduring not only hostile physical landscapes, but hostile attitudes of those around me as well. I was tougher than most, or so I thought; but all of that changed the day I became a step parent.

It is the year 2000, and I have become the Master of my disabled realm: I can pop up and down steep curbs in my wheelchair and make it look like child’s play. I can disassemble and pack my wheelchair into my car in under 30 seconds flat. I can swim 1000 yards non-stop in under thirty minutes using only my arms for propulsion. I can push on these wheels longer and harder than anybody, all day long, for as long as I need to without uttering a single complaint. Yet how in the world am I going to change the diaper of this kicking, screaming two year old that I’ve been left alone with for the first time? How on earth am I supposed to chase this tender Kindergartener up the stairs after he has just made off with my $200 pair of Oakley sunglasses? And what will I do the day they figure out that they can take me out of action completely by tipping me over backwards in my wheelchair?

They Call Me Wheels is my story, how I fell in love with my future wife Elizabeth and virtually overnight became a wheelchair-bound stepparent to her two young sons, Josh and Ben; embarking upon the most arduous, terrifying, and at the same time the most extraordinary and satisfying adventure I’ve had yet to experience. Wheels (the nickname given to me by the cocky, disbelieving cronies of Elizabeth’s ex husband) chronicles a three year span where I literally roll slap-dash and headlong into the unknown; at times I’m frustrated, foiled and ready to throw in the towel, but in the end I am actually beginning to believe that I just might be making a difference in the lives of my newly acquired family - that is, until it’s my turn to give Josh the dreaded “Puberty Talk”.

Geoff Matesky is a writer, I.T. engineer, musician, and perhaps least importantly, the occupant of a wheelchair for the past 25 years. As the survivor of a spinal cord injury that left him paralyzed from the chest down, he has been an avid scuba diver, sailor and deep sea fisherman; he competed in the 1992 Barcelona Paralympic Games as a member of the U.S. Disabled Swim Team, and has partaken in activities as far flung as mono-skiing, parasailing and adaptive water skiing. In 2000 he met his future wife Laura and virtually overnight became step father to her two young sons Kyle and Kelvin, which is when he faced, as he puts it, something “really difficult”. His journal entries, which offered a fresh new take on the odd, hilarious and often terrifying experience of step parenting eventually found their way into book format, and They Call Me Wheels was born. He still resides in Connecticut with Laura, Kyle and Kelvin and a new arrival, 5 year old Kaid. His journey, from bachelorhood to step parent, from solving everyday wheelchair logistics to mastering everyday parental tasks will entertain and inspire both disabled and able, parents and non-parents alike.