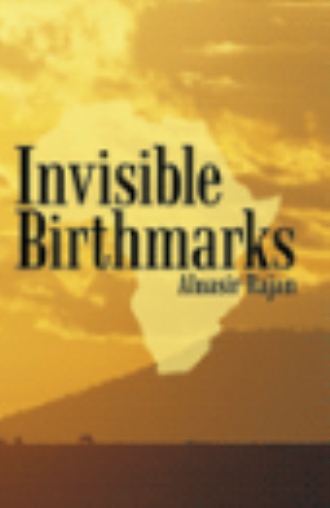 This book tells you how the minorities and the local population survived in Zanzibar during the pre and post independence era of the sixties. The stories are based on true lives as related to the Author. Due to these turmoils faced by many people, migration to Tanzania mainland and Kenya accelerated. A family love story in Mombasa is fictional but is based partly on the compassionate nature of the people who received and helped settle refugees from Zanzibar. East Africa has been a welcome abode to countless minorities from the Asia and the middle east. Over centuries these minorities have intermarried and new cultures and traditions have evolved into some of the most beautiful art forms. Poetry and music have been some of the most intellectually inspiring outcome of these cultures. Numerous languages are spoken in East Africa and this makes it ideal for many different peoples to visit and communicate with the inhabitants of East Africa. English and Kiswahili are the most common languages taught and spoken in the region. Other Asian and local languages based on tribal backgrounds are prevalent where those communities are concentrated. Kiswahili is a very poetic and beautiful language that has given rise to a culture of proverbs that are real and intellectual in nature. One striking feature of the African culture is that they have all taken up the reading of time in Kiswahili. The Kiswahili usage of time is based on the Arabic language. The main characteristic of the time reading is that it is opposite in nature. Twelve oclock is 6 oclock in Kiswahili and the rotation begins there. One o'clock is 7 o'clock in Kiswahili and so forth. Just substitute the Digits from 12 to 6 and 6 to 12 and you have the East African time reading. The bizarre thing is the clocks are not actually changed by digits at all but read as such... The calendar months are termed as moons as called "Mwezi" in Kiswahili. Over the last half century the world has gone through a lot of changes and a lot of colonizations and independence. These changes have been more negative than otherwise and this is taking time for the peoples to mature. Sensitivities have only recently been acknowledged towards ethnic, religious and racial differences due to world opinions being heard, implemented and protected for future generations to live in harmony. It takes a lifetime to build empires and sadly just a day to destroy achievements.

The East African political climate is such that nobody, especially the minorities, dare voice their concerns and fears. They suffer and endure in silence and always wait for better times to come. Those who tried to speak out have never seen the light of day again. The author has lived most of his life in East Africa and he has been exposed to pre- and post-independence survivors who had a lot to say but no one to listen to them. They found a lending ear and the author was a patient listener.

Yearning for closure to unfinished, unanswered questions and events that brought untold suffering to countless people in East Africa made him a patient and silent listener. As time went by, he found that a lot of people did not have a voice, they did not have a say in how their personal lives were affected by the actions of unsympathetic others. He decided he was going to fill that void, however controversial it may turn out to be, and recapture history in its reality. Maybe even correct the misconceptions of history that were created to adjust the balance of popularity and loyalty to powers or races in positions of authority.

Alnasir Rajan lives in Mississauga, Ontario, where he and his wife, Narima, own a flower shop called Fairview Florist. They have two sons and a daughter. In his spare time, he loves to give life to the pen and paper affair. He treasures his childhood and adulthood memories as a long path of learning. Annar Abdallah was the turning point because she took the book from my handwritten form and typed it up. She made me an editable project that is now a novel. Thank you Annar. Thank you Wahib for doing the structural Editing that made my work finally look like a book. Then finally Jen who did the professioanl editing part that completed my work of Art.