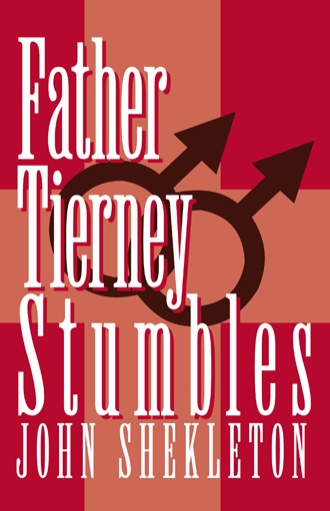 In the blink of an eye, everything has changed for Father Joe Tierney. He feels trapped. He needs to get away—far away. Dressed in disguise, he opens the door of the STD clinic and runs until his sides hurt and he is gasping for air. Father Tierney, activist pastor of a large Catholic parish and closeted gay man, has just learned he is HIV positive.

As if the diagnosis were not enough, a big city newspaper has just published an exposé on Catholic priests with AIDS. Father Tierney must guard his secret with his life or become the victim of a witch hunt or, worse yet, a public scandal of monumental proportions. Desperate to confide in someone, Father Tierney finally reveals his secret to Pascal LaVigne, his openly gay friend. But when Pascal hears from his ex-boyfriend, a freelance writer who wants to write a similar story with a local angle, Father Tierney and others in the Catholic Church fear the worst.

As guilt, shame, and a desperate struggle for redemption plays out in the lives of clergy, friends, and the media, Father Tierney struggles to keep a secret that has the potential to destroy everything—including his own soul.

John Shekleton was a member of the Wisconsin Province of the Society of Jesus and earned his BA in Philosophy and History from St. Louis University. Since leaving the Jesuits, he has worked as a systems analyst and freelance writer. His first novel, A Jesuit Tale, received one of four honorable mentions in the 2000 Writer's Digest in self-published fiction awards, mainstream fiction. He currently lives in Minnesota.