by Peter A. Geniesse 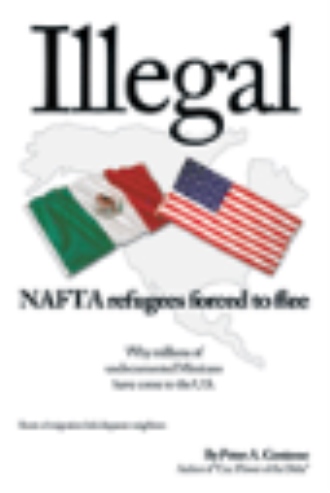 “When the U.S. catches a cold, Mexico gets pneumonia.” That’s what they used to say about the dependant relationship of the highly disparate neighbors. But in today’s global society, it sometimes goes both ways. The world is interconnected like never before. Take the swine flu pandemic, for example. Mexico was the incubator in the spring of 2009 but the United States soon outpaced its neighbor in the number of cases. And in a matter of weeks, the bug had infected the world. The suspected source was an industrial pig farm, operated by an American company under lax NAFTA rules, in a tiny village in the Mexican state of Veracruz. It could have happened anywhere on the globe. But a five-year-old boy named Edgar Hernández in a hamlet called La Gloria triggered the panic button on April 3, 2009. … The swine flu story in early October of 2009 began another chapter under the title of H1N1. Mexico recorded almost 500 cases in one day, and the United States and the world nervously awaited the strain to spread. Millions of doses of vaccines have been rushed to clinics across the U.S. While health care for the undocumented is a hot button topic, when it comes to swine flu the U.S. government has waived the rules. The 12 million illegal aliens were offered the shots with no questions asked. It’s an increasingly small world, with the chasm growing ever greater between the haves and the have-nots. This has forced countless millions of poor people to set out on a journey away from their homelands in search of the means to feed their families. The age of migration is a worldwide phenomenon with an estimated 200 million people on the go. Many are refugees, others are internally displaced, but perhaps 40 million migrants are without legal documents. About one-third of the world’s undocumented live and work in the U.S. The vast majority are Hispanics, and most of those are Mexicans. About 11% of everyone born in Mexico is currently living in the U.S. That’s 12.7 million Mexican immigrants, and 55% of those don’t have legal papers. The Mexican migration is the largest flow of people in the world. No other country has as many total immigrants from all countries as the U.S. has immigrants from Mexico alone. One-third of all foreign-born people in the U.S. are from Mexico. As late as 1960, Mexico ranked seventh as a source of immigrants to the U.S., behind Italy, Germany, Canada, the Soviet Union, the United Kingdom and Poland. By 1980, Mexico was No. 1. Its numbers doubled in that decade and more than doubled again between 1990 and 2000. The numbers beg the question: why? There have been no wars, nor famine, nor major calamities in Mexico during the past three decades. The Germans and the Irish dominated the flood of immigrants in the late 19th century due to those causes. The massive surge of Mexican immigrants was brought about by a sudden increase in poverty. But what caused that? Why were there so relatively few Mexicans in America in 1970 and three decades later there were 17 times as many? The answer is found in the root causes of migration. Few are fond of tracing those roots; many prefer to decry and deport the legions who are in the U.S. illegally. But if they took a closer look, they’d see that the United States government is to blame in large part for the immigration imbroglio that now faces the nation. 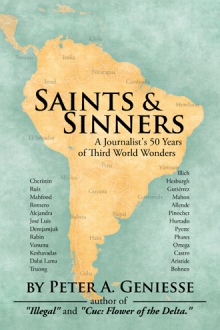 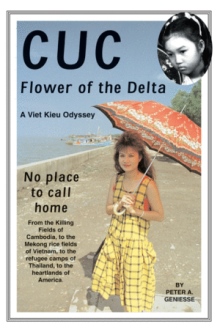 Why have millions of Mexicans and other Latinos fled their homelands and risked their lives to come to the U.S. in search of a job? Why are they living in the shadows, ever fearful of being discovered by the migras and of being deported?

Why is the United States, a nation of immigrants, which often welcomed and recruited millions of Mexicans workers in the past, now spending billions of dollars on walls, border patrols, detention centers and workplace raids to get them out and keep them out?

The issue is as complex as it is divisive. There are root causes, of course, and U.S. politics and trade policies have played a major role in producing today’s immigration crisis.

But the migrants themselves, real people with real experiences related throughout “Illegal,” are the most credible witnesses to the system gone awry as well as the injustices suffered and endured on both sides of the border.

Let them tell you their poignant stories. Rosa lost her husband to the drug wars and Rogelio lost his best friend in the desert. Ernesto lost his farm. Enrique was deported after a workplace raid. And Cresencio and Hector now are living the American dream, thanks to the amnesty program of the 1980s. That's just a sample.

Peter A. Geniesse, 71, a native of Green Bay, WI, and a 1960 graduate of the University of Notre Dame, worked as a reporter and editor for several newspapers over the past four decades, traveling extensively throughout Mexico and Third World countries on writing assignments. His articles have appeared in numerous national publications. His first book, "Cuc: Flower of the Delta," about Vietnamese refugees, was published in 2004.