The Stillness of Hajj Ishmael 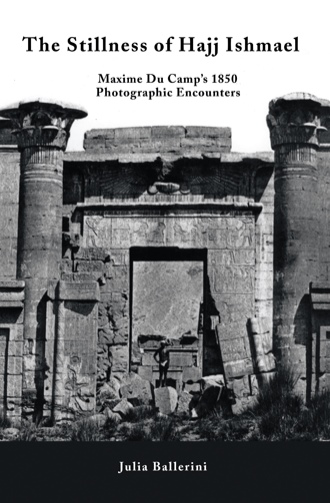 Du Camp's traveling companion Gustave Flaubert once remarked: "I don't know why Maxime hasn't killed himself with this raging mania for photography." The Stillness of Hajj Ishmael explores this "mania" as a manifestation of the cultural hypochondria typical of Du Camp's time and social class,linking the general anxiety of the age over the apparent demise of French culture with the personal travails of Du Camp,who grew up an orphan. The book explores the role played by Nubian sailor Hajj Ishmael inDu Camp’s photographs, travel writings,journals and novel as a unique marker of a malaise simultaneously subjective and historical.