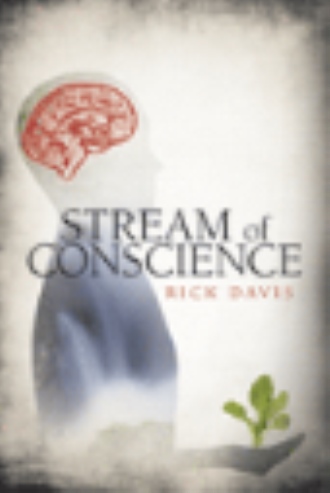 A light snow swirled around Luke McAllister as he trudged waist-deep in Crooked Creek. Through the grey light he discerned the property line ahead. Tall, deciduous trees, arched over a meandering stream surrendered to a barren, linear channel in an agricultural field, a festering wound on the landscape. Luke’s wooden staff served as a guide to avoid deep holes and woody debris as he navigated upstream toward a landing. Luke emerged from the stream with a shiver. Insulated waders and a hooded sweatshirt were no match for the dropping temperature and blustery wind. To compound matters, it was nearly dark and a quarter-mile of undulating ridges and furrows separated Luke from his truck. Scanning the fallow land, he recognized the historic meander pattern of the stream before it was straightened for agricultural production. He followed the gentle depression snaking through the field toward a crescent patch of dormant vegetation. The swaying thicket of dogwood, willow and cottonwood provided a rare glimpse of the historic stream channel, but studying the oxbow could wait another day. Luke instinctively crouched at the sudden crack overhead. Only the wind assailed him as he glanced at the waving branches. Another crack and soil splattered on his right leg. Precious seconds passed before he realized it was a bullet. Diving into the thicket, he glanced off a stump that punched the wind out of him. What was happening? Deer season? Luke couldn’t remember since he didn’t hunt. He cursed for not thinking of the possibility earlier. Fear turned to terror. Were the shots meant for him? Did someone view him as a trespasser? Worse yet, was someone stalking him? Luke crawled toward the refuge of a large, uprooted burr oak. He slithered under the trunk and faded into a mass of tangled branches. During his career as a landscape architect with the Kansas Department of Natural Resources, Luke’s field experience defined his physical limits. He’d encountered various ways of testing the boundary, but never gunfire. His challenge had been to restore stream corridors obliterated for economic development. In return, token tax dollars for conservation programs placed band-aids on mutilated natural resources for the benefit of the public eye. Two decades of mounting frustration with bureaucracy spawned Luke’s dream. Stream Resource Design, a fledgling one-person firm, specialized in designing and constructing stream restoration projects. Free from the shackles of bureaucracy, Luke could pursue his vision of balancing natural resource protection and economic production. Most clients were interested in streambank stabilization, a band-aid applied to a symptom of poor watershed management. Rarely were clients interested in stream restoration, which reconstructed its appropriate width, depth, profile, and meander pattern. Luke jumped at the refreshing challenge when contacted to restore a half mile of stream. “Great Plains Arboretum would like to enlist your services,” Board Member Meredith Kraus explained on the phone yesterday. “The Arboretum has the opportunity to purchase adjoining property with a half mile of channelized stream. We’d like to explore the feasibility of a stream restoration project. How do we begin?” The arboretum was located in the small community of Holbrook in northeast Kansas, only an hour drive from Luke’s rural home near Topeka. The first task of a stream restoration project was to conduct a site analysis. For Luke, the “toothpick survey” was a cursory ritual that provided an overview of the site. Normally a casual stroll, armed with an ample supply of toothpicks, the survey disclosed a past for diligent stewards to interpret. Even property lines articulated the diverse, often polarized, land ethic of man. Stream restoration plans explored visual solutions to span human differences and provide a blueprint for unifying dissected ecosystems. Luke checked his watch. Fifteen minutes had passed. Long enough to venture from his refuge? Was someone waiting to finish the job when he emerged? Luke considered the options. Hiding increased his odds but guaranteed hypothermia. Using the cloudy, windy night as an ally, he devised a plan. Rather than backtrack, he would crawl through the oxbow and exit the opposite side. He might reach his truck parked on the county road, providing he didn’t stumble into his assailant. He wiggled out of his woody sanctuary. Crawling in rhythm with the wind, he inched forward, pausing between gusts for foreign sounds. The dense thicket faded into a gentle swale. Sensing no immediate threat, he raised to a crouch and slid into the remnant stream channel. Solid footing beneath a carpet of leaves turned to muck. Luke inched across the channel, avoiding noise and maintaining his balance. Safely across, he listened for his assailant. Only the blustery wind urged him forward. Luke crawled to the edge of the oxbow. Despite stinging hands, he distinguished a fallen branch he could use for self-defense. Canny evasion transformed to rage for battle. How could someone be so careless with a firearm? Why would someone shoot at him? Luke emerged from the oxbow, fortified to confront the unknown. Reprieve from attack turned to sluggish content, sprinkled with confusion as he wobbled across the field. A boundless black space, spinning out of control, swallowed Luke as he dropped to his knees. Two small orbs dancing across the field added to the confusion. Struggling to prop himself with the tree branch, Luke toppled to the ground as a humming engine grew louder. Panic and confusion turned to resigned tranquility as a door creaked open.

Environmental protection and agricultural production clash when an arboretum in a small, rural town proposes a stream restoration project. A seemingly routine evaluation by landscape architect Luke McAllister turns life-threatening when he and a colleague discover a skull. McAllister and Special Agent Kelly Atkins, with the Kansas Bureau of Investigation, collaborate to investigate two murders, separated by twenty-five years, which threaten the project. In addition to contending with a killer willing to go to any length to protect secrets, the pair must also confront their respective emotional challenges from the past.

Stream of Conscience is a thriller that portrays the delicate balance between agricultural production and environmental protection set against the backdrop of a stream restoration. Patterns of human behavior, shaped by past experience, merge with landscape evolution to illustrate the corresponding process of achieving equilibrium and growth. Steadfast rural values, viewed through a family mired in grief, guilt, and greed, struggle against the influence of society’s evolving environmental ethic. Stream of Conscience follows the twists and turns of family deceptions and lies to ultimately find the truth as the stream restoration project moves into full swing.

Rick Davis earned a masters degree in Landscape Architecture from Kansas State University. He was employed as an Environmental Planning Consultant for the Kansas Department of Health and Environment – Watershed Management Section and currently serves as a watershed coordinator for the Kansas Alliance for Wetlands and Streams. He currently resides in Topeka, Kansas.