Ranking the Most Influential Characters in World Literature and Legend 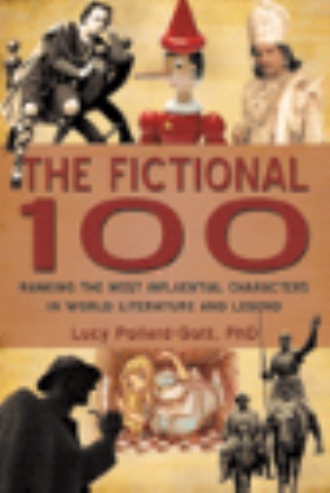 "When you have eliminated the impossible, whatever remains, however improbable, must be the truth."

More than any other modern character, Sherlock Holmes has been accorded the distinction of becoming real. It has been said of him [by Vincent Starrett] that he

"exists in history more surely than the warriors and statesmen in whose time he lived and had his being. An illusion so real, as Father Ronald Knox has happily suggested, that one might someday look about for him in Heaven, forgetting that he was only a character in a book."

Countless authors have recognized the life and continuing vigor of Holmes beyond the confines of the four novels and fifty-six short stories written by Sir Arthur Conan Doyle, beginning in 1887. For example, Christopher Clausen asserts confidently that “few characters in all of literature are as widely known as Sherlock Holmes.… There must be very few people over the age of ten in the English-speaking world who have never heard of Sherlock Holmes.” T. S. Eliot wrote:

"When we talk of him we invariably fall into the fancy of his existence.…every writer owes something to Holmes. And every critic of The Novel who has a theory about the reality of characters in fiction, would do well to consider Holmes."

Biographies of Holmes detailing his early life and career and purporting to fully disclose his life habits are penned with more than mock seriousness. Foremost among these is Vincent Starrett’s Private Life of Sherlock Holmes.

In addition, scores of scholarly articles on Holmes’s “life” and career appear each year in journals such as The Baker Street Journal and 221B. The hefty Annotated Sherlock Holmes boasts a selected list of over 800 such “Writings About the Writings” by some 350 authors. More than a thousand societies of Baker Street Irregulars worldwide meet to discuss nuances of Sherlockian lore and keep the “Master’s” reputation intact.

New exploits of Holmesian ratiocination are being chronicled all the time by the literary heirs of Dr. John Watson and Conan Doyle. They range from fresh Victorian puzzlers, such as Russell Brown’s Sherlock Holmes and the Mysterious Friend of Oscar Wilde (1988), to more offbeat problems, as in the sci-fi collection Sherlock Holmes in Orbit (1995), which finds a time-traveling Holmes visiting the Titanic. Though not strictly belonging to Holmes’s further exploits, Sherlockian spin-offs, such as the amusing “Sherlock Chick” series for children by Robert Quackenbush (e.g., in 1988, Sherlock Chick and the Giant Egg Mystery!), confirm the broad reach of the great detective’s appeal. Peter Ridgway Watt has made a comprehensive study of the history of twentieth-century Sherlockian pastiche writing in his 2003 book The Alternative Sherlock Holmes. Consulting the 2009 Global Books in Print Online, it is clear that this tradition is as healthy as ever in the twenty-first century. Of the 1500 in-print and forthcoming fiction books with “Sherlock Holmes” in their titles, new adventures of the master are liberally sprinkled among fresh editions of the Conan Doyle canon. Some of the latest entries include Sherlock Holmes and the King’s Evil (2009) and The Execution of Sherlock Holmes (2007), both by Donald Thomas, The Mammoth Book of New Sherlock Holmes Adventures (2009), edited by Mike Ashley; and Sherlock Holmes in America (2009), edited by Martin Greenberg, Jon Lellenberg, and Daniel Stashower.

It is well known that 221B Baker Street—or the closest thing to it that can be identified in the modern London thoroughfare—is a pilgrimage site for faithful Holmes devotees from around the world. A steady flow of letters from readers around the globe are still addressed to the world’s first consulting detective. A full-time secretary is employed in a Baker Street office to answer these thousands of letters from people sincerely seeking advice or solutions to their own peculiar mysteries or “singular problems,” as Holmes would style it.

Each generation wants to see its own Holmes in action. At least twenty-one plays have been based on aspects of Holmes’s life or on the portrayal of particular cases. At the turn of the century, William Gillette embodied Holmes on the stage, starring in the drama Sherlock Holmes, which he reworked from Conan Doyle’s 1897 play script. It debuted in Buffalo, New York, in October 1899, but soon had an eight-month run in New York City’s Garrick Theatre, where it was enormously popular. Gillette toured with the play throughout the United States and the British Isles and continued to enact the role in a series of revivals until March 19, 1932, when he gave his last performance of it in Wilmington, Delaware. Holmes has continued to be portrayed by numerous actors on stage, and in a few cases, he even bursts into song, most recently in the 2009 concert opera A Scandal in Bohemia (score by Thomas Whitman, libretto by Nathalie Anderson), in which the role of Holmes was sung by Markus Beam, with Philadelphia’s Orchestra 2001.

Holmes’s life in films is even more spectacular. The Guinness World Records 2000 lists him as the character most often portrayed in film: At least 211 films featuring seventy-five different actors were filmed in the twentieth century. Gillette made one film of his play in 1916, but the English actor Ellie Norwood became the early epitome of Holmes, beginning in 1920 in the silent era. He made forty-seven films and was praised for his characterization by Conan Doyle himself. In America, Basil Rathbone is Holmes for millions of film lovers. Noted for his strong resemblance to the archetypal Sidney Paget illustrations of Holmes, Rathbone made his detective both cerebral and active, even engaging in World War II espionage to parallel Holmes’s World War I activities in “His Last Bow.” If Rathbone personified Holmes’s translation to mid-twentieth-century man, Jeremy Brett gave us back the Victorian gentleman-rebel in all his glory. He starred in the ambitious Granada television series, which recreated the authentic details and cadence of the Conan Doyle stories with great flair. He wished to put the entire Holmes canon on film, but succumbed to heart disease in 1995, having completed over forty episodes. In Brett’s seamless performances, we have the definitive Holmes for our times.

Even with such identifiable portrayals already on film, actors still seek to test their mettle by discovering anew this enigmatic man…

Some of the most influential and interesting people in the world are fictional. Sherlock Holmes, Huck Finn, Pinocchio, Anna Karenina, Genji, and Superman, to name a few, may not have walked the Earth (or flown, in Superman's case), but they certainly stride through our lives. They influence us personally: as childhood friends, catalysts to our dreams, or even fantasy lovers. Peruvian author and presidential candidate Mario Vargas Llosa, for one, confessed to a lifelong passion for Flaubert's Madame Bovary. Characters can change the world. Witness the impact of Solzhenitsyn's Ivan Denisovich, in exposing the conditions of the Soviet Gulag, or Harriet Beecher Stowe's Uncle Tom, in arousing anti-slavery feeling in America. Words such as quixotic, oedipal, and herculean show how fictional characters permeate our language.

This list of the Fictional 100 ranks the most influential fictional persons in world literature and legend, from all time periods and from all over the world, ranging from Shakespeare's Hamlet [1] to Toni Morrison's Beloved [100]. By tracing characters' varied incarnations in literature, art, music, and film, we gain a sense of their shape-shifting potential in the culture at large. Although not of flesh and blood, fictional characters have a life and history of their own. Meet these diverse and fascinating people. From the brash Hercules to the troubled Holden Caulfield, from the menacing plots of Medea to the misguided schemes of Don Quixote, The Fictional 100 runs the gamut of heroes and villains, young and old, saints and sinners. Ponder them, fall in love with them, learn from their stories the varieties of human experience--let them live in you.