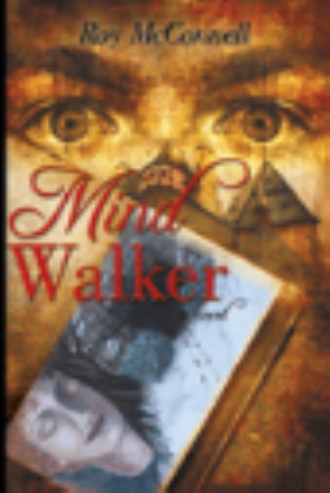 Wolf's fierce words resounded off the concrete walls of the small room. Tara watched, frozen in place, as her father's face tightened with anger and his deep brown eyes boiled dark. Perspiration soaked the edges of his short black hair. His tall, ominous form loomed even larger as he raised his long arms and shook them in frustration. His thick fingers looked long and powerful enough to easily snap her neck. Tara grasped the tight red curls of her short hair, as if protecting herself from his onslaught. She had never seen her father so angry, and was terrified of what he might do to her. But, damn it, she had to stand her ground, no matter how much he yelled. When he lunged at her, she jerked her head back, but didn't try to dodge to the side or step back. She could feel his hot breath on her face as he continued to yell, but she refused to cry, even though tears welled up in her eyes. "Since you were fourteen," Wolf berated, "I've tried to teach you about the family business, but you screwed up everything I've ever asked you to do. Your problem is that you are weak. You care too much about people." Overcoming her fear, Tara glared fiercely into Wolf's nearly black eyes. "All you do is pile up a fortune on the back of other people's troubles. What you call weakness, I call compassion." "As far as I'm concerned, compassion and weakness are both the same, and neither will get you far in business or life," Wolf shouted, waving his hand dismissively. "You'll be twenty-one in two weeks and it's time you demonstrated some family loyalty. This is your last chance to prove to me that you're capable of taking my place someday. You need to toughen up and become an Ostermann I can respect." Pointing towards the centre of the room, Wolf continued. "I caught this bastard, one of my own guards, planting a bug in my office phone. I want you to help me question him to find out who the hell he's working for and what they're after." Tara looked around the room that she had never seen until tonight. Her father had led her into it through a sliding door in the back of his office closet. The small, grey, concrete room was empty except for a chair in the centre where a bound man was seated. He looked to be middle aged with dark brown hair and soft features. A high-wattage lamp stood in front of him, pointing directly at his face. The blazing bulb was so bright that Tara was sure it would blind the man. She winced at the sight of ropes twisted around his wrists, turning his hands grey-white. Sweat poured down his face, merging with a trickle of blood trailing from the corner of his mouth, sending a gory red stream along the side of his neck and into the collar of his sweat-soaked shirt. A rope tightly strung around his forehead and tied to the back of the chair pulled his head back, denying reprieve from the lamp's sweltering heat. This was the shocking sight that had sparked the violent argument with her father. An argument she was determined to win. Born of German and Irish ancestry, Tara had inherited a double dose of stubbornness, which her mother often said came directly from her father's side of the family. Tara closed her eyes in an attempt to block out the horrific scene. Her body trembled and her hands were cold and clammy. She choked back the acid-laced bile that surged into her throat, and held her body very still. After her lurching stomach began to calm, she turned to face her father. "You should untie this man and report him to the police. If he was really doing what you said, he'll be dealt with." "Dear..." "Don't call me dear, you cruel son of a bitch! I will never contribute to this...horror. As far as I'm concerned, you're no longer my father." "Do you mean that?" "Damn right I do." Wolf's dark eyes narrowed, his fingers clenched, his body went rigid. As his anger filled the room, Tara's fear rose. If she stayed around any longer he might strangle her, or worse. Without saying another word, she fled and hurried out of the house. Her vision impaired by hatred and rage, she raced into the garden. Though it was a warm, British Columbia summer day and circular plots of brightly coloured roses, dahlias, lilies, and well-manicured lawns surrounded her, she paid no attention. She was focused entirely on dispelling the rancid smell of blood and sweat that lingered in her nose and shattering the image of the man's bloody face. After a few minutes Tara slowed down, exhausted more by her intense emotional state than physical exertion. She turned her eyes to the garden, seeing the exquisite flowers that now reminded her of her father's dichotomy. "How can he grow such lovely flowers and at the same time be so cold?" she wondered in dismay, shaking her head in disgust. "What is wrong with him?" Tara made her way to a stone bench at the end of the path and slumped down. She stared straight ahead, wondering what to do.

For more than four hundred years, the males of the Ostermann family have unleashed their secret power on the world, destroying lives and amassing great fortunes. But five centuries prior, the first woman to inherit the identical gene as the males foretold that another female would be born with the same power. It was she who would stand against the madness of the Ostermann reign. No one knew when she would come…until now.

In present-day British Columbia, Wolf Ostermann rules his exotic estate with an iron fist. Ostermann has no son to continue his family legacy, so if he and his family are to maintain their economic grip on the world, Wolf must indoctrinate his reluctant daughter, Tara. Unfortunately for Wolf, Tara will have nothing to do with him anymore, and that doesn’t bode well for the tyrannical megalomaniac.

Now on the run, Tara and ex-CIA operative Chris Landry must battle for their lives as they ultimately realize the tenacious reach of her father’s powerful mind—and the evil it unleashes on all of humanity.

Bursting with raw emotion, Mind Walker combines action and suspense in a nonstop ride from the landscapes of British Columbia to the Caribbean Islands, and ends in a chilling climax in New York City.

Roy McConnell’s short stories have been published in many print and on-line magazines. When he is not at his day job as a computer systems analyst or working on a new novel, McConnell is either playing competitive pool, golfing, going for long walks with his wife, Rosemary, or relaxing with a good book or movie in a small urban town north of Toronto, Ontario.