The Restless Wind and Shifting Sands 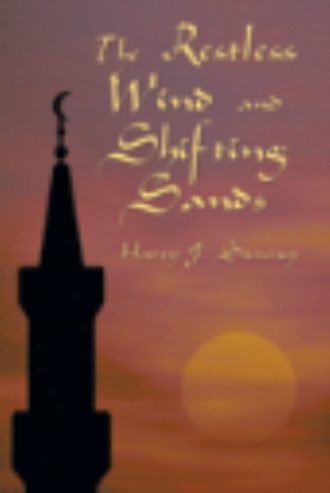 With 1.4 billion practicing Muslims in the world it is necessary for all to better understand the culture and belief system. In The Restless Wind and Shifting Sands, author and Islamic scholar Harry J. Sweeney explains the intricacies and tenets of Islam. The educational discourse provides insight into the religion practiced by one out of five people worldwide.

The Restless Wind and Shifting Sands explores the Islamic culture through a series of fictionalized private conversations between three friends—Modi, Mani, and Radi—who each represents the moderate, mainstream, and radical factions. Through their daily talks, the friends tackle all phases of Muslim life including arranged marriages, Islamic law, female genital mutilation, predestination, honor killing, Palestine, shariah, and the Qur’an.

The men discuss how each belief drives Islamic culture and relations with non-believers. Filled with a wealth of information, the exchanges between friends seek to impart a better understanding of Islam and the challenges it poses for Western civilization.

The Restless Wind and Shifting Sands communicates that the Islamic religion can contain its fundamentalist elements and work toward a peaceful future.

Harry J. Sweeney attended Yale University, studying at the Yale Institute of Far Eastern Languages. He is an experienced researcher, columnist, and radio analyst specializing in the world of Islam and in global terrorism. Sweeney’s columns have received U.S. and foreign praise for technical accuracy and human interest.