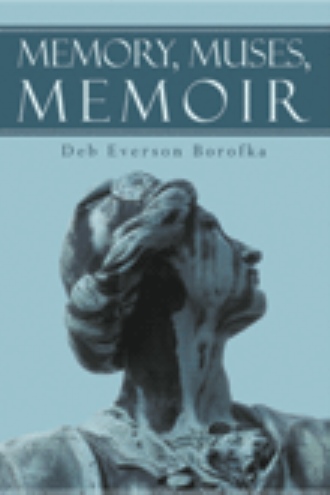 I am continually humbled at the gift of not one but two daughters, and have come to think of my writing as not only content I want to pass on to them, but also as a model of leading an examined life. I was just beginning to recover from being what Maureen Murdock has labeled being a “daughter of the father,” with my focus on doing and achieving, being the best at my vocation, gaining respect from my peers. I was only just becoming aware of how deeply I had devalued the feminine in my life and what it had cost me. I was just beginning to understand the gift of being part of a sisterhood that has existed from time out of mind, part of the community of the Feminine. I was forty-one years old at the time, and just beginning to understand what it meant to be a woman. I realized that writing my life story didn’t need to be about going out to conquer the world as much as it needed to tell about getting to know myself. In time, I found the images from a previously puzzling dream offering a new vision, a new myth for my mid-life; that of memoirist and storyteller. In Christine Downing’s words, “The discovery of a mythical pattern that in some way one feels is connected to one’s own life deepens one’s self understanding. At the same time, the discovery of the personal significance of a mythic pattern enhances our understanding of the myth and its variations. Appreciation of the connection between a myth and my life seems simultaneously to make me more attuned to the myth’s unity and to help me understand how moments in my life which might seem accidental or fragmentary belong to the whole.” I became more and more curious about myths and what these old stories might have to teach me, and then decided to return to the path of a student and enrolled in a graduate program in Mythological Studies. From the very beginning, the Greek goddess of memory, Mnemosyne, made herself known. While in my previous field of work I had assessed and treated memory as part of the necessary skill set for learning, retaining, and retrieving content, this new path required more metaphorical understanding. In time I would come to learn how the Greeks dealt with psychological phenomena via the figures of their pantheon. Mnemosyne was imagined as one of the Titans, one of the original children of Sky and Earth. She would couple with Zeus and birth the Nine Muses, the feminine guardians of creativity and learning. In her story I began to find reverberations for the writing of memoir, my passion for life stories set to paper. What follows is an account of the exploration I began some ten years back, it weaves through the contemporary thirst for memoir, the metaphor of Mnemosyne as a kind of mythic image for such writing, how her figure is particularly relevant to writers, and the imaginal, cultural, and physiological benefits of engaging this particular kind of writing.

Why is the memoir genre so important? What is it that drives us to tell our own stories? The ancient Greek myth of Goddess Memory, and her daughters, the Muses, offers new ways to re-enter the stories of our lives and shape them in surprising ways. Mnemosyne's birthing of the Muses underscores her commitment to express all of the facets of her personal story: grief, joy, love, body, breath, history, spirituality, reverie, and humor.

The memoirist follows Mnemosyne's imaginal lineage in crafting all memoirs. Memories live in matter, in the very cells of our bodies. Writing our life stories allows us to consider the content of our experiences, the plurality of perspectives from which we can choose to shape them, and the use that we want to make of them. We may choose to write for many reasons, psychological, physical, and cultural healing being just a few. This book suggests the exploration of an imaginable field is possible when we look at how figures from Greek mythology continue to inspire contemporary life writing.

Deb Everson Borofka, PhD is a memoirist and workshop instructor whose interests include the interface of memory, language, and personal mythology. A founding member of the Pacifica Graduate Institute's Humanities Program in 2005, she continues to instruct for UCLA Extension’s online Writer’s Program.