A Life Discovering Our Universe 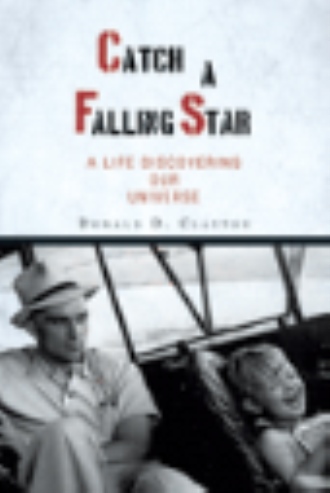 Chapter 1: In the beginning there was no earth. But long before the earth and planets formed, the chemical elements existed. Their atoms were created not at once but over time, over very long time. The creation of the elements that we inherited on our earth began about thirteen billion years ago, an age about three times greater than the age of our earth. The most abundant of our mineral-forming chemical elements were created by thermonuclear explosions near the centers of exploding stars. Stunningly, the chemical elements and their specific abundances are the products of natural history within the universe.

Chapter 6: This was a very good course for me, helping me learn what contemporary physics was about. Tommy explained the miracles of the atom with a jaunty classroom manner that seemed to always share our own amazement at the quantum world. He threw in colorful remarks that made sure we had gotten the point. I learned for the first time that the electrons in the atoms did not have precisely located orbits like those of the planets around the sun, but that they moved with only precisely calculable probabilities of being found in this place or that, moving this way or that. I learned that light existed in indivisible bundles of energy whose magnitude depended on frequency, and that the light from a hot body could not initially be understood without those quanta. I puzzled a lot over such ideas and loved every minute of it.

Chapter 15: At forty years of age my personality was reshaped by events almost volcanic in their eruptions. Subsequent events flowed down the channel that was formed, and, like water through a volcanic caldera, carved that groove deeper. During this 1975 eruption I was similar to Captain Jack Aubrey, Maturin’s fictional colleague, also no longer young but not yet old. Much naiveté and insecurity had been dealt with, and without recognizing the urge I was seeking new identity and new scientific mission--some goal to take me beyond being the formulator of nucleosynthesis systems. Stumbling upon this channel would give me a new character and a new career as a meteoriticist. My new scientific adventurousness was reinforced by the directions of subsequent work. It may be that it can not have given me a character for which I had no hidden predilection.

Catch a Falling Star, the life story of Donald Clayton, follows the struggle of one human being to find love and to create scientific understanding of the origin of the atoms of chemical elements. Born on an Iowa farm, son of an aviation pioneer, he became the first among his family to attend college, then graduate school in physics at Caltech. His three marriages reveal his battle with sexual anxiety and a sense of loss. At the same time he struggled to discover new knowledge about the creation of the atoms of our bodies and our earth. His close friendship with two great pioneers of the origin of matter enlivened his scientific life in the United States and Europe. His discoveries created two new fields of astronomy whose beginnings are featured in the book.

Clayton’s autobiography chronicles the exciting life that he lived on the frontier of the scientific discovery of the origin of the chemical elements within stars. His adventures centered on academic institutions: California Institute of Technology, Rice University, University of Cambridge, Max Planck Institute in Heidelberg, and Clemson University. Catch a Falling Star tells how science and his love of it endowed his life with meaning.