Learning to Live with Fritz

Disgruntled Angel in a Hairy Disguise 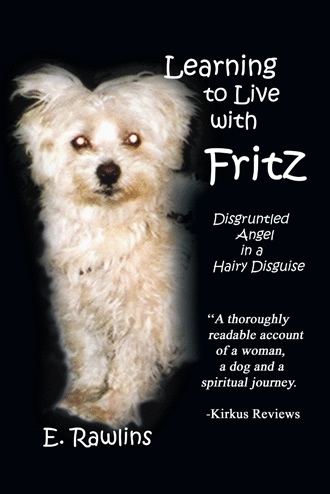 I was running down the street one day in May of 1991. I was nearly late for a very important meeting with an agent who had organized a cross-country audition tour for me. As usual, my entire career was at stake this sunny May day. I was doing that New York City sort of rushing, as my Dad used to call it I was ‘running hell bent for an election!’ This Big Apple hectic is absolutely unique to this great city. Your day starts out with a measure of momentum and then speeds out of control, something like the spin cycle on a washing machine that starts out slowly rocking back and forth and then suddenly begins to rotate so fast you cannot see it spinning. You simply feel the results. In this case it was me experiencing my own personal spin cycle sprinting as fast as possible, with only one thing on my mind: I can’t be late for this meeting!

I was in that kind of a NYC scurry when out of nowhere, a voice whispered in my ear. Just to set the record straight: by this time the voice that I had heard three years before was now a dim memory. I certainly was not expecting any metaphysical messages murmured from beyond the Beyond while racing up town at high speed on the East Side of Manhattan. This male voice was deep, had a New York accent and was quite imposing. This voice commanded: “Go into the pet store!” I said: “No! Are you nuts! I have just ten minutes to…..” To make a long story shorter, the voice became more and more insistent as I neared the pet shop near Bloomingdale’s on Lexington Avenue. Let me say here that I tried; I really made an effort to ignore the imperative authority of these instructions but was somehow in that moment powerless to resist. I succumbed and entered, against my better judgment, the pet store.

Now, just to clear up any misgivings you may have about this story, I want to tell you that this is all completely true. I assure you, I am not spinning a yarn to make this dog story more interesting. Frizbee’s unique character is enough of a curiosity without his entire history being told. I certainly do not have to resort to fantasy to make this dog more fascinating than he was naturally. ‘Nothing added’ is my motto here; there is nothing stranger than the truth.

On with the narrative: So, into the pet shop I went. I was perplexed with my own behavior. I would have to call and make excuses for being late. Of course, there is always the convenient and true ‘East Side traffic jam’ defense to rely upon so I relaxed about that and began to concentrate on the strangeness of this moment in time. Something fateful was happening here, something impressive having to do with my destiny.

Oh, if I had only known what I know now! I would have run out of that store, torn myself away from this obviously hypnotic state and saved myself nearly sixteen years of wildly erratic, embarrassing experiences, terror induced emotional tailspins, horrendous headaches, including several blatant social nightmares. However, I did not recognize this moment as the beginning of the end of my tranquility.

Allow me to qualify the above statement. As I indicated earlier, my life was far from tranquil but could at least be qualified as a state of controlled chaos. I was in the final emotionally fragile stage of a friendly divorce and moving my life, my career and all my worldly possessions to Europe. However, my state of mind was clear and determined. I was satisfied that I was managing my problems rather well, contented with the way things were going in this difficult situation. However, one thing was absolutely certain: I did not need to take on another responsibility. I did not need a dog.

This is the stranger than fiction part of the story and I swear this is true. Immediately upon entering, I noticed a young man coming directly toward me carrying a puppy. The emaciated, wild looking youth had surely no time to see me coming, size me up, run to the puppy bin and select for me the perfect personality compatible pet. This stranger, tall and twentyish guy had the puppy in his arms when I walked in that door. Therefore, all thoughts of client manipulation and sales technique have to be set aside and the encounter labeled: predestined. For, without missing a beat, this craggy wide-eyed salesperson dumped the shivering, licking bundle of joy onto my unsuspecting chest and said quite decisively: “You are going to buy this dog today.” I, of course, laughed out loud! I replied “…and you are out of your mind! What a pushy New Yorker you are! You’re really living up to the stereotype aren’t you?

My tactical offensive was pure nonsense because as I spoke those words the tiny white snuggling, jiggling mass of intelligence made a sort of a cooing noise and looked me directly in the eye. Without taking his gaze away from mine, he made his determined way up to my neck. Then with uninhibited, naked charm, began to enthusiastically lick my face and chin. This was an unmistakable and familiar greeting. He seemed somehow to recognize me.

I asked the man, who was obviously competing to see his photo pinned up over the cash register labeled “Employee of the Month”, an unusual question. To this day as I sit here typing these words, I do not know why. I have asked myself often what possessed me to ask this particular question. I suppose some usual inquiries when holding an unknown pup would be: “Is this dog a male or a female?”; “How old is this pup?”; “What type of dog is this?” Or as my immediate predicament would require of any rational person, a simple yet dramatic command; “Take this animal away!” Instead, I asked the salesman the following question: “When was this dog born, I mean what is his birthday?” These were my exact words. I am still asking myself ‘why?’!

During the many years that have passed since this moment of madness, I have inquired within so many times, each time perplexed with my inability to comprehend the reason behind this question. I could never come up with a satisfying answer as to why I asked about when the puppy was born, the exact date of his birth. Why? It was the answer to this question that sold me on the Maltese male at the moment I heard this strangely psychic guy’s reply. He smiled, raised his eyebrows even further as he whispered to me that the dog was born on the fifth of February. He could have been making this up since he did not consult the dog’s records before he answered. But how did he know? How many puppies from various breeders were housed in that pet shop on that day? Also, how could he have known the importance of that date and that by simply repeating the date of the dog’s birth, he had just made a sale? February fifth! That was it! My doubts about finding Yeti again were laid to rest on the spot.

February fifth was Yeti’s birthday. This was an unmistakable message from my dearly departed and much missed canine companion. Here he was again or pointing a paw in my direction, my darling returned to me. I was delirious, hysterical with the joy of reunion. I had no choice. I bought the dog. I had to be insane. 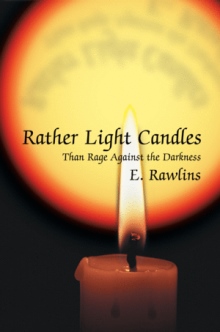 An opera singer meets her greatest teacher in a Manhattan pet store.

In Learning to Live with Fritz, author E. Rawlins tells the story of her chaotic relationship with Frizbee, an eight pound nut case who is in reality an ill-tempered angel in a hairy disguise. In her humorous and self critical memoir fifteen years of non-stop travel take the dizzy diva and her high maintenance mascot to Paris, Brussels, Tokyo, Vienna, Salzburg, Milan, London and back to the Big Apple. Along the way they captivate a handsome young baritone on his personal journey to international operatic celebrity. As the drama unfolds, the idea of love at first sight reveals itself to be anything but a romantic illusion. Fritz upstages and controls his mistress through his rigidly enforced rules and regulations, his antics, his irascible charm and oftentimes through his bizarre otherworldly connections. This is a memoir of a narcissistic would-be diva and a dog who is dead serious about teaching her to give up her illusions, to live authentically … and above all, to learn the meaning of unconditional love.