The World is Around You, but You are in Your Car 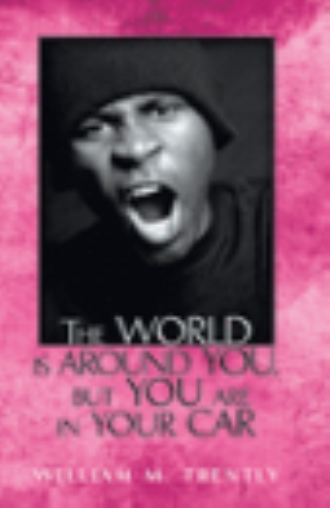 I was driving around aimlessly with no purpose or sense of teamwork in my car jealous of the guy in the Porsche cruising alongside my beat-up Hyundai when I ran a red light causing two cars to screech their brakes and rushed into a drive-through to get super-sized burgers and Coke which I pounded down and threw the garbage out the window as I listened to suicide bomb updates on the radio and searched for someone to blame or take to court for my own inadequacies but after all was said and done pulled over and got out of the comfort of the automobile to look around and saw that the world was around me. * Welcome to an alternative way to look at economic crises, 9/11, and other miscellaneous happenings. The World is Around You, but You are in Your Car has been said to be a "wonderfully odd book that would make a great gift and delightful short read for thinking persons and serious students throughout the world, people with spiritual questions, and anyone struggling to understand America in today's troubling and confusing times." It is a handbook of practical philosophy that gives Americans a mission and something higher to live for as well as a deeper understanding of fundamental ideas which, in turn, make discussions on today's issues more fruitful. 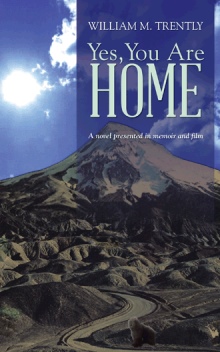 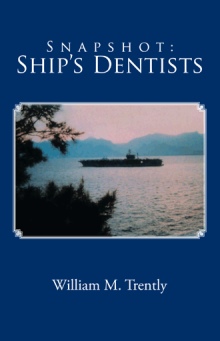 The World is Around You, but You are in Your Car is a work of fiction wrapped around an essay that describes an American problem—a healthy quest to attain wants has devolved into a relentless pursuit of a perfect life we feel we are owed—and its negative consequences that adversely affect progress and behavior toward the rest of the world. While an awareness of this is neglected, conversations about current event issues remain inadequate. "I want it, and I want it now," with its shortage of self-restraint, has been taken to levels not reached before, and the insidious ramifications are eye-opening: the easy disposability of people or principles if these should obstruct the path to the perfect life, the mental depression from the strains of struggling to keep up with neighbors, the out-of-control debt, the epidemic of obesity, the plethora of self-indulgent lawsuits and demand for more entitlements, and the isolation from reality as people become more and more comfortable in their plush living rooms and cars, unaware of what is going on outside. In addition, the hyperrelentless pursuit of wants has stoked terrorism's arrival to the American homeland. The tale brings history's great philosophers back to life for one week to the seaside city of Portsmouth, New Hampshire to talk about ways to slow the relentless pursuit. A symposium is presented at the Sheraton, followed by a performance of Beethoven's "Tenth" Symphony at the Music Hall. Karl Marx shops for souvenirs, Socrates smokes cigarettes and plays the lottery, and Plato and Kierkegaard bicycle to the ocean. These colorful characters as well as many others are unforgettable as they help move the didactic material forward. The philosophers discuss the external and internal controls that may restrain the pursuit, agreeing that internal control, involving individual self-regulation, is more effective and desired than external control primarily because of its greater conduciveness to freedom, the crown jewel of this civilization. Various forms of religion, including religious agnosticism, can play a role in internal control and thus could be used to rein in the pursuit and thus facilitate greater levels of progress and freedom. Under this scheme, it would be up to each person to find something foundational on which to hold as he or she makes the journey through life, for there are many paths from which to choose. For those persons who could not subscribe to any of the established religions, an honest and mature bottom-line is humbly presented as merely one example of many alternatives. The object of the game is to emphasize internal restraint more than ever so that the "freedom experiment" has a better chance of succeeding.

William M. Trently received a Bachelor's Degree in Biology from the University of Scranton in 1982 and a D.M.D. from the University of Pittsburgh School of Dental Medicine in 1986. He is an Eagle Scout and served twenty years as an officer in the United States Navy Reserve, retiring as a Commander. Born in Scranton, Pennsylvania in 1960, he resides in New Hampshire with his wife, Bertha. He is the author of Snapshot: Ship's Dentists (2011).