The Heart of His Mystery

Shakespeare and the Catholic Faith in England under Elizabeth and James 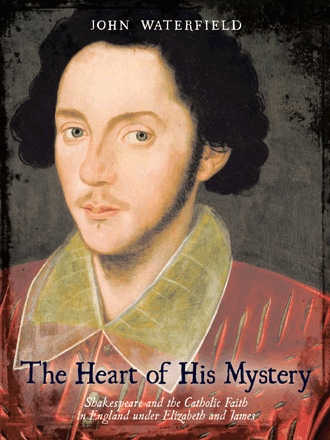 Shakespeare has traditionally been viewed as Queen Elizabeth's 'poet laureate', and as the official mouthpiece of the Elizabethan age. But the Elizabethan world was torn apart by the religious divisions initiated by the Reformation, and vitiated by the government's merciless persecution of Catholics. As it was the victors who wrote the history, the English Reformation has been portrayed as a peaceful transition enjoying majority support, when in fact it was nothing of the kind. Elizabeth's regime was a police state which sanctioned the use of torture, where Catholic priests and those who harboured them were liable to summary and bloody execution. The persecution of Catholics was continued by James I, evoking the violent response of the Gunpowder Plot.

The Heart of His Mystery examines Shakespeare's life and work against this background. There is strong biographical evidence that he was himself a Catholic, and a detailed survey of his plays and poems shows that his imagination was intimately bound up with his religious faith. When we realise that his human compassion grew from his membership in a persecuted community, we can glimpse the mystery he has encrypted in his works and we come closer to understanding the hidden heart of Shakespeare the man.

John Waterfield has a D.Phil. in English Literature from the University of Oxford. He has studied Shakespeare all his life. He has two nearly grown-up children, and lives in rural Herefordshire, on the border of Wales, with a cat. This is his third published book.