by Editor John A. Gould 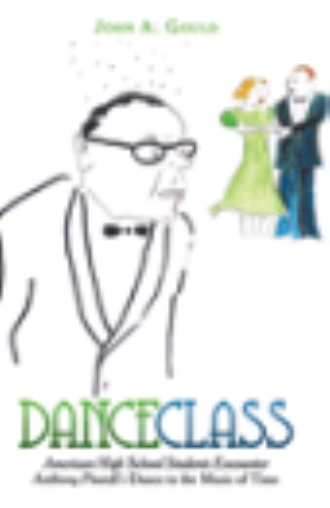 During two different school years – 2002-3 and 2007-8 – I was given the opportunity to teach a senior elective at Phillips Academy, Andover, called “The Longest Novel Ever Written.” For three trimesters students were invited to read Dance. As it comprises twelve novels, we would read four per term, beginning with A Question of Upbringing in September and arriving at last in June with Hearing Secret Harmonies. It would be a long voyage, I told them, but for many it would open their eyes, and it would be fun... Now, a story: in December of 2005 I was in England to read a paper at the Centenary Anthony Powell Conference at the Wallace Collection. Afterwards I did some traveling around the country, stopping off in Oxford for a couple of days. Secure in my anonymity, I was walking toward Blackwell's Bookstore when a voice behind me said, “Do you still teach at Andover?” I turned, astonished. It was Travis Pantin, whose essay “Assertions of the Will” appears in the Buyer’s Market section. We popped off to a pub and talked for two hours; he was doing an exchange year at Jesus College. Here was a real Dance moment, and for anyone who feels that Powell relies too heavily on coincidence, I tell them this story. Just one more lesson my students have taught us.

Dance Class offers an extraordinary collection of student essays about Anthony Powell’s great comic novel A Dance to the Music of Time. The young authors not only discuss issues of character, plot, and theme, but they also investigate historical background, chart personal relevance, parody characters and situations, even – in one student’s case – write a treatment for a drama.

In examining Mrs. Erdleigh’s fortune-telling mumbo-jumbo, Cassidy Carpenter presents compelling – and original – evidence that the narrator’s birthday is the same as Powell’s. Will Story provides an invaluable guide to all the military acronyms that percolate through the war novels. Alex Svec creates a brilliant parody of writings by Julian Maclaren-Ross, the real-life model for X. Trapnel.

For those who love A Dance to the Music of Time, this book will reveal fresh new ways of looking at the series. And for those who are just discovering it, Dance Class will prove a useful and highly entertaining guide.

For 26 years John Gould was an instructor in English literature and writing at Phillips Academy, Andover, MA. During two of those years he taught a course in Anthony Powell’s Dance to the Music of Time. He has published a novel, a memoir, two cookbooks, and a grammar textbook. Recently retired, he now lives north of Boston with his wife Jane, an Episcopal priest, and a cat.