by eric aka the Tygrrrr Express 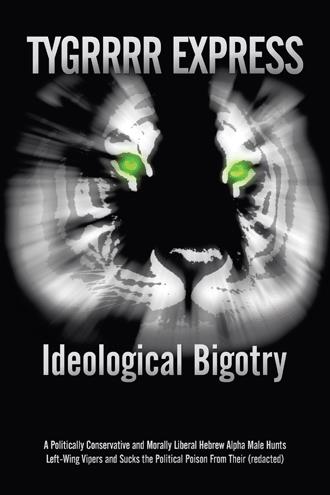 Being the son of a survivor does not make me a victim because my dad wins every argument. When I would tell him as a teenager that social studies class was too hard, he would ask, ‘Did you get shot at this week?’ The answer was no, at which point he would have me visit my room, and open the books. My parents live in South Florida, and informed me that in 2000, world peace actually broke out. We are now at peace. After all, it was heartwarming to see fellow elderly Jewish Holocaust survivors have the courage to let bygones be bygones, put aside the past, and vote for Pat Buchanan. My dad gave me strict instructions. ‘Son, if your mother and I ever get to the point where we can’t figure out a ballot…or we are too feeble to push the thing through…euthanize us, the house is yours.’ The world is upside down. We now have a world where the President of France is more pro-American than half the people living in the United States. We live in a world where the leader of France wants to fight, and people wanting to lead America want to surrender. People are carping from the sidelines that we need to withdraw from Iraq. All I hear from democrats is withdrawal, withdrawal, withdrawal. I wish they would apply that philosophy to their sex lives, then there would be fewer democrats. I am also tired of listening to Iranian President Armageddonijad. The solution is not dialogue. The solution is to take Iran and Syria and turn them into 50,000 hole golf courses. I refuse to negotiate with a third world despot that is probably awake at 2am watching the Playboy Channel and dialing 976-B Triple A. In listening to Ron Paul, which I can only do for a few moments before bursting out laughing, it occurred to me that I do not have the special Marvin the Martian version rabbit ears required to understand his strange dialect. Like other Pauls in history, his message is incomprehensible to those who do not speak gibberish. I compared him with a couple of other incomprehensible historical Pauls to see which one made the least sense. Ron Paul, Sean Paul, John Paul and RuPaul–Which one is the least coherent? Regarding the war, when a war is lost, and there is no hope, we have a moral obligation to pull the troops out and not risk one more death on a senseless lost cause. Therefore, we must remove all police officers and other troops out of Detroit and deploy them to Iraq where they can actually make a difference. I keep hearing about senseless killings and war zones. I have never been to Fallujah, but I have been to New York City public schools. Liberals talk about not being able to secure the Anbar Province. They can’t even secure Philadelphia. Jesse Jackson is only threatening to do to Obama what Hillary wants to do to Bill every night because of Monica. Jesse Jackson is not an angry black man. He is an angry, jealous woman. Some men see women like Michelle Obama, Hillary Clinton, and Oprah Winfrey, and are threatened. These women are uppity, and need to tone it down. Other people see these strong, successful women as a sign of how much progress America has made and how far we have come. I see these women, and think, 'Wow…Baby got back.’ Oh, like I am the only Jewish Republican guy that has fantasies about Monique from Showtime at the Apollo. Republicans are the party of John McCain, Rudy Giuliani, Fred Thompson, and Michael Steele. Democrats offer Barack Obama and John Edwards. Are liberals simply bigoted against the follically challenged? I say it is time that we crack the glass ceiling in America and elect the first Bald President in the television era. When asked about the suffering of the Jewish people, Obama reached an understanding when he lamented, 'Yes, I’ve heard the horrors of Jdate.' The black community has a new breakfast special. Barack Obama is a cool glass of milk, Michelle Obama eggs people on to support her husband, Charles Rangel brings home the bacon, Al Sharpton provides several pounds of bull, and best of all, Jesse Jackson is toast. I’m not saying Jesse Jackson is angry and bitter, but Bill Clinton came up to him and said, 'Honey, let’s go back to Chappaqua.' I know some liberals that don’t own a TV, and get their information from NPR. They say they are proud to vote for a black man. How the heck do they know he’s black? All they have is a radio! I thought they were against racial profiling. I am not saying Obama has more to learn about the Jewish community, but I did appreciate the holiday card he sent me wishing me a happy Chaka Khan. Some people say Obama is effeminate. Not true. This guy is a world class athlete. He can jump 20 feet in the air and reach his nose. I am not saying he is a snob, but picture John Kerry and Jacques Chirac having a baby. I call him BHMO...Barack Hannah Montana Obama. 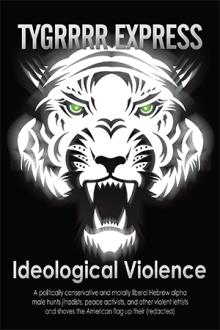 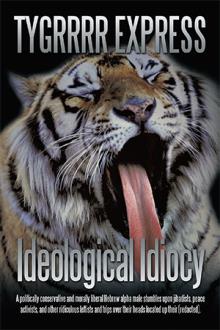 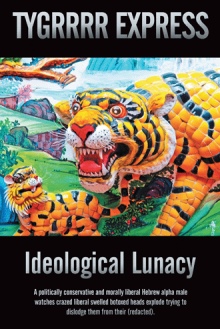 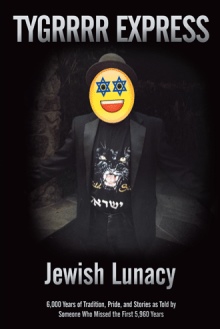 eric (yes, lowercase e) is politically conservative, morally liberal, and – by his own admission – completely off kilter. These quirks have allowed him to pursue his goal of being the world’s preeminent Republican Jewish blogger (www.tygrrrrexpress.com).

eric has dedicated his life to fighting ideological bigotry – what he defines as a pervasive disdain for conservatives merely because they exist. With this book, eric presents his best columns as a cohesive discussion, ranging from serious to senseless, of why questioning issues such as the legality of gay marriage does not make one a homophobe; wanting to privatize social security does not mean one wishes to see seniors bleeding to death on the streets; and examining whether affirmative action succeeds does not make one a racist. With engaging and often amusing insight, eric illustrates how people can disagree without impugning their humanity.

With Ideological Bigotry and his ongoing blog, eric’s ultimate goal is to make the world a better place. Within these pages, he illuminates that until liberals see conservatives as a noble opposition, they will continue to live in the intellectual, ethical, and political wilderness reserved for those who prefer rage, hatred, and anger to rolling up their sleeves and creating solutions.

eric is Brooklyn born, Strong Island raised, and looking forward to a world where people are judged by the nobility in their hearts. His website, Tygrrrr Express, won the 2007 Bloggers Choice Award for Most Passionate Fan Base. He lives in Los Angeles and works as a stockbrokerage and oil professional.