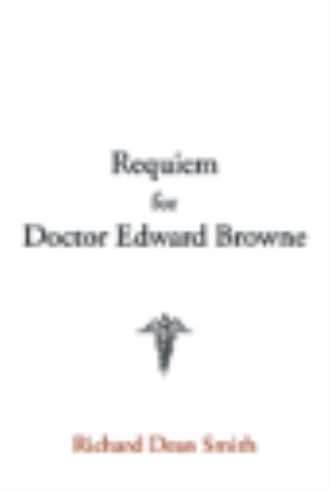 Dr. Edward Browne shared an office with another physician, Dr. Meyer Benson, who had been in practice fifteen-or-so years longer than Browne and recruited Browne from a prominent medical residency program in the Mid-West. Their relationship was cordial with few disagreements about how to run their office, such as schedules, personnel, and other greater and lesser matters of everyday operation of a medical office. Browne wondered if their current fairly secure relationship could last with so much adverse publicity towards medicine and warnings of challenges to physicians. Browne stood somewhat taller than Benson, who was somewhat stooped with age, and rather than trim like Browne, he was slightly endomorphic with a small paunch. Benson had a full head of white hair with a wave that remained from his youth. An aquiline nose showed effects of the sun while fishing, hiking and swimming. Benson had been a hard-driving, competitive physician who mellowed over the years becoming less intense and more personable. He always dressed like a professional man: a dress shirt, bow tie, cuff links, and manicured fingernails. Benson pursued pleasures of opera, theater, food and wine while Browne was satisfied with essentials; his wants did not become needs. “I’m down-market,” Browne said. Practical and down to earth, Browne was not as out-going or social as Benson but developed a loyal following in his medical practice as had Benson. Nor did Browne seek notoriety in his daily professional activities; his medical practice was its own reward. “One of these days, I’m going to give it up, Edward. I’ve had enough of practice. I’ve been blessed to have a gratifying career here in East Valley. We’ve had a wonderful association over these years, and I want you to know how much I appreciate our partnership. I’ve saved a good sum, and with my retirement plan, I’m able to leave practice comfortably. I will miss being in the office, but I intend to stay active in hospital affairs. All this business of managed care, or whatever it’s called, will be interesting to see how it develops. An insurance crisis of some kind comes along every so often. I’ve seen quite a few in my time.” “I’m quite a ways from retirement myself, Meyer. I suppose we should look at these health insurance proposals as a challenge. We will surely confront them before I get to the end of my days in medicine.” “Things seem to work out no matter the criticism and complaining,” Benson said. “In the meantime, it’s turmoil, chaos and crisis-time. One wonders if there is any common sense or judgment left in human affairs, in Washington or executive suites of insurance companies. I’ll start looking for someone to take over for me. I promise I’ll find a compatible replacement. I wanted to let you know.” Dr. Browne stood erect at six feet tall. His straight back made him appear taller than he actually was, though at times after a long day, round of a scholar’s hump appeared. His hair had thinned on top and grayed along the sides allowing long intervals between haircuts, which appealed to his Scot’s nature. A ruddy tint on his face showed effects of the sun but more often the pallor of a sage who preferred gentle light of libraries to sunlit golf links or tennis courts. He had a straight Celtic nose, thin slightly gray eyebrows and creases aside his cobalt-tinted eyes. He usually wore a white or blue, or striped button-down shirt, a college club-tie, gray or brown trousers, and plain black or brown shoes that he occasionally polished. If Browne had an enduring interest, passion, or diversion in addition to his occasional outings at pool, it was the writings of Sir Thomas Browne, a seventeenth-century English physician. Like Sir Thomas, Dr. Edward searched through the surface of things. He did not succumb to excited enthusiasms of his day but took a longer view of events. The claims of revolutionary times in the practice of medicine were not new and could not have a lasting influence. Browne was neither fooled by threats from managed care proponents, nor liable to emotional appeals and intimidation from hospital administrators, healthcare planners, economists and consultants since many a strange fire has burned on the altars of medicine. Newspapers and lay magazines were laden with articles calling for radical changes in medicine, especially by promoting cutthroat, marketplace competition in the form of managed care. Browne kept himself briefed as well as possible, although he could see no justification in the over-all idea of managed care. He was not persuaded that its claims were being presented in an honest, forthright way. Further, Greifter-Kemple, a managed care clinic or HMO, was located in East Valley across town. He wasn’t particularly worried but kept a wary eye on matters related to managed care’s growing sanction. Criticism of doctors and medicine saturated the media, especially threats to the ability of doctors to survive without managed care. Yet, Browne knew criticism of doctors was not new. bout Rosamund and Tertius Lydgate, a young doctor and his wife in Eliot’s Middlemarch? Wasn’t Dr. Lydgate out of step with doctors in the town? Wasn’t Trollope’s Dr. Thorne a poor man living on edge of insolvency? 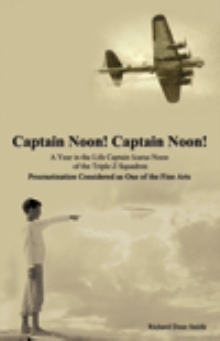 When Dr. Browne’s partner retires, his practice is taken over by Dr. Forbes Q. Hazzig, who becomes a zealot for a ‘managed care revolution’ of ‘marketplace medicine.’ Browne and his associate Dr. Kennes receive irrational, discordant information from healthcare experts, consultants and economists. Browne learns that rhetoric of a mass movement must be as erroneous as possible promising a vague, glorious future. Hazzig grows immensely rich and gains enormous power relying on intimidation and coercion.

Browne and Kennes discover managed care was based on a Washington bureau hoax, the ‘health maintenance strategy’ of 1973: an irrational mass movement, a mass hysteria. Hazzig plots to humiliate and ruin the two doctors; each threat goes awry. Hazzig is discredited; his illusory wealth collapses.

Reunited with Joanna, Dr. Browne receives a disturbing invitation to return to East Valley to be recognized with Dr. Kennes for their efforts to expose the folly of managed care. Browne is reluctant to relive his lonely, troubled, distressed past.