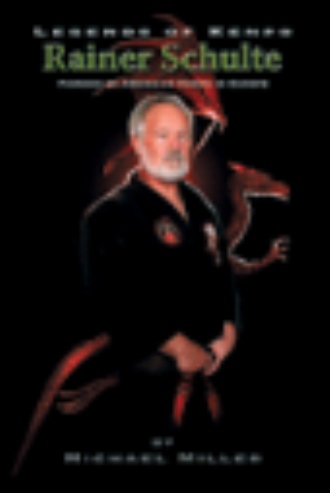 As Rainer stared at the blade, he thought he was going go die. A Russian officer spotted the altercation, came over and pulled his gun on the soldier. Both Russians began arguing, resulting in the soldier putting his knife away and leaving. The officer looked at Rainer and his family and said in broken German, “You’ve got to get out of here. Get back to the road.” Martha grabbed Rainer and Ursula’s hands and began walking them to the road. “Down, down, down,” the officer said, hunched over, as he motioned his hands to the ground. “A German woman walks upright,” Martha replied. She remained upright back to the wagon, as bullets continued to fly everywhere. The aftermath of that horrific day left all forty German soldiers, the two random women, and several Russian soldiers lying dead on the trampled ground. Rainer and his family were the only survivors of the German group. After all that chaos they headed back to the village to rethink their options. Going back to the village led them to some difficult moments. Rainer, his mother and his sister had come back from the fields and noticed some Russian soldiers loitering on the cobblestone road. When they saw Rainer’s mother they motioned her to go with them. When she refused they grabbed her by the arm. It seemed like the Russians were going to take Rainer’s mother away; Rainer’s sister had a little ring on her finger and went in between them, pulled off her ring and said, “Please leave my mom. I’ll give you my ring.” The commotion attracted an officer to come over to see what the problem was. When he found out what the soldiers were trying to do he commanded them to back off. The officer waited there until Rainer and his family was safe inside their house. 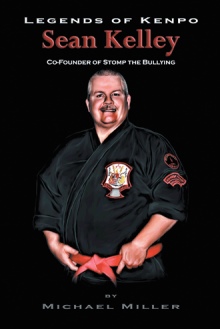 This is the beginning of a series of biographies meant to provide clarity to Kenpo practitioners worldwide about the history of where Ed Parker’s art came from, how it evolved into what it is today, and who some of the key soldiers were. This series will serve as a historical documentation of the garden produced by the seeds sowed by Ed Parker and some of his most decorated dignitaries.

This is Rainer Schulte’s story—a story of a young German boy who at the age of 5 was caught in the middle of a firefight between Russian and German soldiers during World War II, being one of the only German survivors along with his sister Ursula and mother Martha. Rainer’s first success of dodging death began his adventure of overcoming turmoil and becoming a successful government protector and Kenpo master.

Michael Miller is a freelance writer and author based out of Bradford, Pa. He has many publishing credits including several magazine feature articles in Inside Kung-fu and Black Belt magazines. He holds a Bachelor of Arts degree in writing with a minor in sociology from the University of Pittsburgh. Additionally, at the publication date of this book, Miller is a fourth degree black belt in Ed Parker’s American Kenpo under seventh degree black belt Sean P. Kelley. Miller also actively trains with Grandmaster Michael Robert Pick, Grandmaster Dave Hebler and Master Rainer Schulte. He attends seminars around the United States to also take classes under other Kenpo greats as well as such legends as Bill “Superfoot” Wallace and Joe Lewis. Miller is a certified instructor under Grandmaster Dave Hebler and the Gift of Power Foundation to teach “Threat Level Yellow” which is a beginner level women’s self-defense program. Miller is Hebler’s senior consultant for the Gift of Power and is a member of the Chinese Karate Federation serving as the CKF Public Relations Administrator. He runs a full time Kenpo school, Miller’s Kenpo Karate Dojo, located at 443 East Main Street in Bradford, Pa 16701. You can visit his Web site at www.millersdojo.com and he can be reached at 814-368-3725 or by e-mail at michaelmiller@worldblackbelt.com.