by Jim B. Green 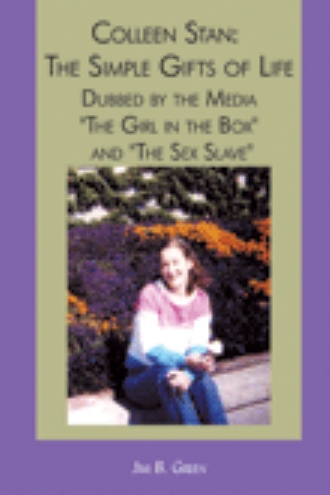 Throughout my captivity, I was never told what was going to happen next or why. This lack of knowledge was used by Master to maintain a continuous element of fear and control over me. Anytime I was taken out of the box, I never knew what to expect. Fear of the unknown was always with me as I was kept in the dark both physically and mentally.

This lack of knowledge may have been a good thing in one sense. If I had known the length of my entombment after returning from Riverside, I'm not sure I would have survived. Of course, I'm not sure even Master knew how long he was going to keep me in the box.

A few days passed then a few more. Then weeks passed followed by months. Months slowly turned into years. I would spend the next three years of my life (1981-1984) in the box sleeping, dreaming, and praying.

I have to assume my lengthy confinement in the box came about because Master was concerned he had given me too much freedom. Maybe he felt he was losing control of his slave. Too many neighbors had seen me, and questions about my status in the Hooker household were surely to arise. A fast thinking family member in Riverside may have copied down his vehicle tag number. What if the police knocked on his door one day looking for Colleen Stan? What if they searched the mobile home? Would anyone think to look under a waterbed for the girl in the box? Master wanted to keep me out of sight until the heat had passed.

The other reason for putting me into storage was Ma'am. I'm sure she wanted me out of her life, out of her children's lives, and out of her husband's life. Master was not ready to let his slave go. Cloistering was the only answer.

My daily routine soon became predictive as I was allowed out late in the evening after the girls had gone to bed. I emptied my bedpan, drank a large glass of water, and ate cold leftovers in the front bathroom. Sometimes the leftovers were true leftovers that had been out all day and the family didn't want.

Jim B. Green graduated with a B.S. in social studies from West Texas State University '69 (presently West Texas A&M University) and a M.S. in geography from Florida State University '79. He served as an infantry officer in Vietnam and retired as a lieutenant colonel, Army of the United States. He also retired after a 25 year career with the Central Intelligence Agency. He is married with two children and two grandchildren. He and his wife live in Estes Park, Colorado. Jim has known Colleen since 1989 and considers her to be a great person and a good friend. This is his first book.