When Sex Was Religion 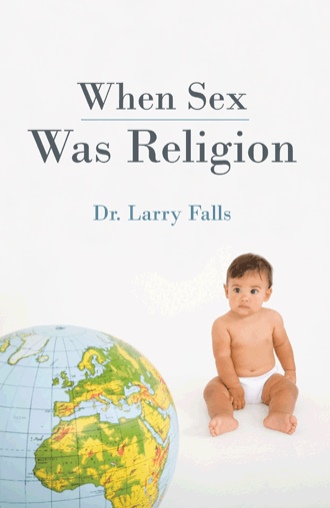 Evidence of the connection between sex and religion can be found in fertility cults in all nations of the past. When Sex Was Religion takes a comprehensive look at how sexual practices were originally considered a religion before the introduction of Christianity.

Dr. Larry Falls, a registered clinical sexologist specializing in sexual abuse trauma and emotional health, spent five years traveling throughout the United States, Canada, and Europe learning about different religions, cultural history, and sexual behavior while working on his doctoral thesis. In his fascinating exploration into the beginning of human reason and the birth of religious thought includes the importance of reproduction, virgins and temple prostitutes, the original meaning of the cross, Devil worship, witches’ Sabbath, and the curse of the evil eye. Dr. Falls also proves that the Kama Sutra, an ancient Hindu religious narrative about pleasure, love, and sexuality was really a Bible designed for the purpose of teaching others to gain favor from the gods by engaging in sexual intercourse.

Dr. Falls’ examination into sex worship demonstrates that phallic reverence was not only a religion, but also a cause for dominance and sexual exploitation that, to this day, remains part of our social structure.

Larry Falls, Ed.D., was educated in both the United States and Canada. He is internationally recognized in the field of sexology and has presented his research at scientific conferences in both Canada and Europe. Dr. Falls lives in Vancouver, British Columbia where he is in private practice.