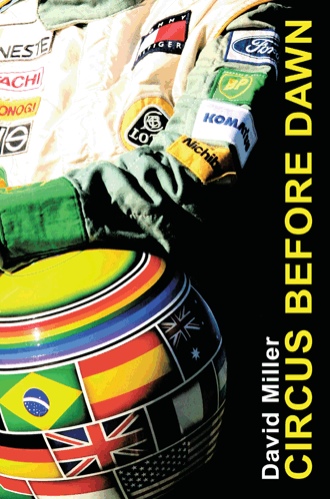 I slept briefly, then awakened to ponder the day’s most intriguing question: who was Hiromoro? I wondered whether he was a veteran, perhaps someone who had left the sport. Someone whose throttle cadence I had forgotten. An aging lion seeking a comeback? The veterans usually attempt at least one; what we journalists describe as a “curtain call.” The drivers leave for a year and they miss the adulation. The global attention they receive in Formula One is akin to a powerful drug. Without it, the drivers experience withdrawal. They mope around the house, curse the television and their own sudden anonymity, and seek excuses to be seen again trackside. Many retired drivers return primarily for the money. Or the women. But to a man, they also seek the thrill of competition at the highest level; something in their genetic makeup thrives on motorsport’s narcotic-like rush and cannot live happily without it. That thirst for life-threatening competition distinguishes Formula One drivers from virtually everyone else in the world. The rest of us don’t need to risk horrible disfigurement and death several Sundays per year and on innumerable testing days to achieve inner peace. They do. The veterans therefore let it be known that they are “available.” The speech is made to a reporter, who is likely to quote anyone who is newsworthy, or to a columnist such as myself, who definitely will. The veterans’ words vary from one driver to the next, but the theme is the same: “I was great, but these overpaid young Turks are mere boy-racer dilettantes; they have the driving skills of a toddler, the instincts of a cracker, and the testicles of a mouse.” The goal of the speech is to attract the attention of a team owner who is dissatisfied with one of his drivers. If that happens, the owner schedules a testing session. If the veteran proves that he is still on pace, which means that he is within approximately one second per lap of the quickest drivers, he might receive a one or two race contract. But most veterans fail the test. Having been away from the sport and from the constant testing and comprehensive fitness training, their reflexes lose sharpness. During their time away, the drivers have occasion to reflect upon F1’s extreme dangerousness. Upon their return, their thirst to find the edge of a car’s performance capabilities is not as pronounced as when they were younger and less contemplative. This lack of total commitment to find the limits of a racecar’s performance translates into the loss of precious slivers of a second. The drivers’ brief return to the cockpit bruises their monumental egos and so the blokes cast about for something convenient and reasonably neutral to blame, which usually means the racecar. They call it a truck, or a lorry, or a biscuit box on wheels, and then they go home, their curiosity satisfied. The drivers with class will say they were flattered to have been invited to test the racecar, but their other business interests prevent them from taking an active part in the team’s racing program. The comments are spoken politely and in code; what the drivers mean is, because they no longer are on pace, they look forward to returning to their yachts or to the golf course. But, save for the cadence of the engine warm-up, the driver’s style that I witnessed on the video did not appear to be that of a veteran. There would have been more warm-up laps to ensure the racecar was properly sorted. The car would have wobbled while emerging from the sharp corners, followed by the driver's inducing opposite steering lock to demonstrate that he still sought the edge. This hotshoe was different -- a disciple of the classicist school, which meant that he adhered strictly to the optimum racing line. He was not a late-braker like the flamboyant drivers of the 1970s, nor an early one like Jim Clark, the world’s quickest driver for much of the 1960s. A veteran would have lifted his visor when he returned to the pit wall following the first hot lap. On a warm summer afternoon, he would have asked for a cold drink. There would have been more handshakes and fewer high-fives. No, this was a rookie; that was my bet. An ungodly fast rookie.

The world’s most glamorous circus is haunted by a mysterious curse that has endured for decades and follows the show like a shadow. An unheralded performer seeks to break the spell. Someone else is displeased.

Shortly before the dawn of the new millennium, a video arrives at the postbox of internationally acclaimed motorsport journalist, Trevor Banks. The startling images depict the elite driving talents of an intriguing racecar driver.

Banks is assigned to investigate the story. As he does so, he discovers that the talented performer also has attracted the attention of a psychopathic saboteur. From Northern California’s legendary racetracks to multiple European venues, including the dazzling jewel that is the Monaco Grand Prix, the story takes the reader on a wild, unpredictable ride within the dangerous circus that is Formula One racing.

With an engaging style and a sharp eye for detail, David Miller has crafted a compelling drama that hurtles toward its shocking climax with the purposefulness and hair-raising excitement of a Formula One racecar as it rockets toward the chequered flag.

A portion of the proceeds from the sale of Circus Before Dawn shall be donated to the Hole in The Wall Gang Camp for seriously ill children (www.holeinthewallgang.org) and to the Ayrton Senna Institute, the mission of which is to create opportunities for human development for children and young people (www.senna.globo.com/institutoayrtonsenna).

A native of San Francisco, California, David Miller graduated with honors from that city’s nationally acclaimed Lowell High School. He thereafter enrolled at the University of California, at Davis.

A few weeks later, a classmate informed the Editor-in-Chief of that university’s daily newspaper, The California Aggie, that the 17-year-old freshman warranted a regularly published column. The editor laughed, but asked for a few writing samples anyway. He hired Miller immediately.

The newspaper thereafter published Miller’s column frequently during a three-year span, which included one year when Miller studied and traveled in Europe. There, Miller obtained his first glimpse of Formula One racing and the Europeans’ passion for the sport.

Shortly after Miller’s return to UCD, the campus media board appointed him to serve as Editor-in-Chief. During his tenure in that position, the newspaper won national awards for journalistic excellence. That experience earned Miller recognition as a Chancellor’s Outstanding Senior and a prestigious Coro Program Fellowship in Public Affairs.

Drawing upon that history, as well as his passion for photography, international travel, and exotic, mid-engined supercars, Miller turned his attention to writing Circus Before Dawn. As part of that effort, he visited several countries, gained backstage access at several Grands Prix, and spoke with numerous Formula One racecar drivers and team personnel. He also experienced many of the world’s fastest cars on some of the world’s legendary racing circuits.