Angels Whisper to Us

Decoding the Messages in Daydreams 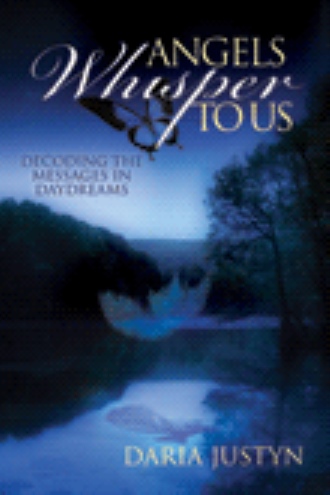 “On a clear sunny day, I received a message from the Archangels. It came as a voice whispering, yet filled every fiber of my being with a ‘knowing’ that daydreams are a doorway to a higher consciousness, a bridge between the physical and spiritual world.”

Everyone daydreams. With Angels Whisper to Us I have created a manual that teaches the reader how to access and understand the guidance, inspiration and acknowledgment that comes to us from Angels, spirit guides and loved ones who have passed on, via our daydreams.

"Why wait for angels to visit you? Lace up your wings and meet them half way. Let Daria take you on a journey to that breathtaking space between Heaven and Earth where you'll find answers to questions about career, family, health and love. Daria has helped me achieve my life's purpose in the most remarkable ways and her greatest joy will come from doing the same for you in this spectacular book full of secrets you'll wish you'd learned years ago!"
Laura Simpson, Executive Director Animal Rescue Chase

Daria Justyn is a psychic medium with an international following, doing readings privately and publicly. She was invited to be a prospective medium for the Veritas Research Program at the University of Arizona, headed by Dr, Gary Schwartz, author of “The Afterlife Experiments”, whose work was featured in a documentary for HBO. She has spent her life cultivating her ability to receive messages from Angelic energies, spirit guides, and souls who have crossed over. Her mission is to help people from all walks of life expand their views of not only the afterlife, but also the here and now. Daria also hosts the radio show "Medium in our Midst" on BBS Radio on the internet, where she discusses the nature of energy, spirituality, psychic development and the endless journey of our soul. Featured guests share their inspiring stories, and Daria takes live calls from those wishing to connect with the "other side". Daria resides at the New Jersey shore. You can read her BLOG or contact her at www.dariajustyn.com. Her radio show can be found at www.bbsradio.com/mediuminourmidst.