My Years in Nanking 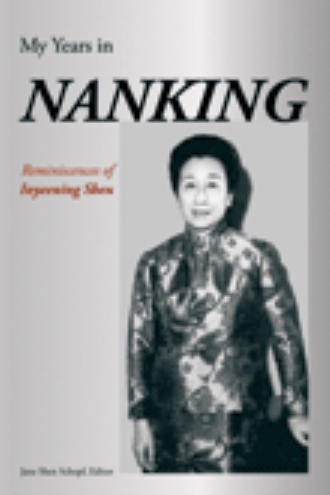 In the aftermath of the Sino-Japanese War and the Nanking Massacre, Dr. Shen Yi is appointed mayor of the capital of Nationalist China. He’s joined by his wife, Inyeening Shen, the well-bred and highly talented first lady of Nanking. Here, the first lady recounts her experiences as Mao Ze-dong’s army surged toward the city. With her nation beset by corruption and inflation, her reminiscences of Nanking in 1946 through 1948 chronicle her struggles to maintain the mayoral household, to host and forge friendships with diplomats, to interact with Chiang Kai-shek’s imperious wife, and, together with her “comrades-in-humanness,” to organize an impressive relief for Nanking’s refugees. Join the first lady of Nanking on her personal journey and learn about: • The historic backdrop of China when Inyeening Shen arrived in Nanking; • The struggle between Chiang Kai-shek and Mao Ze-dong; • China’s inner world of politics and the mayoral household of Nanking; • Women’s role in China; • Diplomacy with the United States; • Photographs and much more! Edited by Inyeening Shen’s daughter, this moving story is now ready for the world. Whether you are a student, scholar, or lover of history and personal vignettes, you will enjoy My Years in Nanking. “It is good material….I spent eight solid hours today on your script without taking time off for lunch.” --Jean Stone, Author Irving Stone’s Editor and wife