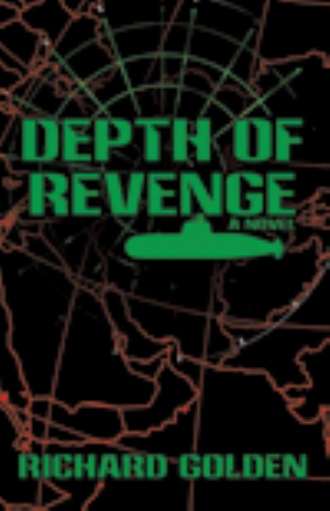 The conclusion of the message contains coded information for my eyes only regarding the probability of launch. Drills are designated as such. If there should be an emergency, I know whether to interrupt the programming and loading activity to focus our attention on an injured crewman, for example. Our crew programs and installs all varieties of conventional and nuclear warheads on every mission. I’ve always known our activities amounted to realistic training, even if the crew did not. This time, the orders pertaining to the conventional warheads inform me that the probability of launch is high. I am to make contact when I reach the launch point for final confirmation of whether to launch. The probability of launch of the nuclear-tipped missiles is designated under the classification “moderate.” We must receive authorization containing prearming codes before we would launch them.

From the time Iran embarked on its nuclear program, all responses in opposition to that program fell into three variations. The first option would be to apply pressure against the government to reverse course by applying increasingly harsh economic and diplomatic sanctions. The second option would be for a military attack to at least delay the program. The third option would be to accept a nuclear-armed Iran. When the American intelligence report citing the probable suspension of Iranian weapons development reached the world community, it eliminated the consensus required for the world to impose effective sanctions. It also undermined support for an American military attack. For Israel, having a nuclear-armed Iran is not an option. Iran has funded and supplied terrorist proxies on Israel’s borders in recent years. Even if it never detonated a nuclear weapon, mere possession of such a device would give that government carte blanche to dictate policies to other nations and use increasingly deadly tactics against opponents. So with only the military option available, the receipt of the targeting package I told you about seemed inevitable.

I allow myself several moments to speculate in regard to the complete attack plan. Although our launch would give away our position, comparatively speaking, we remained relatively safe from attack by the Iranians. The air crews and any ground forces assigned to the mission faced extreme danger. Who among those forces would be killed, or worse, captured? The attack against the Iraqi nuclear plant in 1981, along with the later overthrow of the Iraqi government, brought an end of the nuclear threat from that country for decades. The attack against the Syrian nuclear plant in 2007, like the one against the Iraqi facility, struck a building that did not yet house a fueled reactor. Both operations were confined to a single facility.

Iran has dispersed its facilities over wide areas. Some are situated deep underground, but others are placed near populated areas. Several of the sites, including their reactor, contain nuclear materials. The architects of the Iranian nuclear program ensured that their facilities could not be destroyed easily. The presence of the involuntary human shields who worked and lived nearby would serve to further deter an attack against the facilities.

I don’t have time now to focus upon these considerations. We will shortly enter one of the most patrolled and economically important shipping areas on the planet. It is also a body of water with an average depth of only fifty meters and a maximum depth of barely ninety meters.

In deep water, we can often deploy our towed array sonar—basically a long cable with hydrophones attached to the end. It provides us longer-range listening capability and minimizes the “deaf” spot to our rear caused by the hull mounted sonar’s limitations. But we cannot deploy the device here. The shallow depth of the water in the Gulf risks snagging the towed array against the sea floor or objects, including shipwrecks that protrude from the bottom. Also, our frequent course changes would reduce the effectiveness of the array. So our listening capabilities will have to suffer with a deaf spot. But so will other submarines.

Gilad commands an Israeli submarine equipped with nuclear-tipped cruise missiles. Nuclear detonations in Israel and attacks against Israeli embassies leave him with no way to receive orders from civilian or military authorities. A letter written by the prime minister before the mission provides his only instruction. The submarine crew dodges attacks from foreign navies, replenishes food and fuel far from home, and faces a deadly fire.

As tensions rise, Gilad must persuade his own officers and crew, as well as the vengeful commander of a second Israeli submarine, of his decisions. A feisty female intelligence officer onboard helps, but provides unexpected challenges.

Now, with millions of lives at stake, Gilad has difficult choices—ones that may decide the fate of the free world.

The review by Slate.com columnist Ron Rosenbaum dated May 08, 2009 is reproduced below following its url. http://www.slate.com/id/2217899/

Depth of Revenge by Richard Golden came to my attention in an unusual way. It's not an airport bookstore production but comes from a small self-publishing company called iUniverse. After my recent column on "The Letter of Last Resort" about the safe within the safe on British subs that contains the prime minister's handwritten instructions on what the captain should do in terms of retaliation should the sub be cut off from a potentially incinerated United Kingdom by a "decapitating strike."

Richard Golden is a Los Angeles native with degrees in law and accounting. He is currently an analyst and researcher for a major corporation, as well as a husband and a father of two children. Visit the website www.depthofrevenge.com