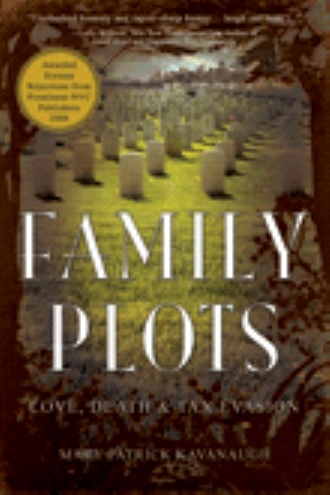 Experts claim that the secret to a happy relationship isn’t sex, children, money or even love. It has much more to do with the power of self-deception—a belief that your spouse is wonderful, even when evidence starts pointing to the contrary. Of course, if you happen to learn that Mr. Wonderful is making extracurricular whoopee with a woman who is, say, thinner or more successful than you, you can’t pretend that your love life hasn’t just splattered in your face, like a bug on a windshield. But there are trickier, more elusive marriage malignancies—such as lies of omission, financial infidelity, or a dogged refusal to change anything, be it a behavior, an opinion, or even a zip code. These may be easier to ignore. The story that follows involves marriage and money, death and deception. There is also some messy business regarding an unresolved murder. It was the last decade of the twentieth century, when Big Brother wasn’t watching people so closely. I was a budding private investigator and young single mother in love with an attractive criminal attorney who, it turned out, was committing a few crimes of his own. Through much of our marriage, I managed to disregard my better instincts—even as I slid into a world of pseudonyms, fake weddings, hidden bank accounts, and unexplained cash. It all made perfect sense to me at the time. Looking back on the bizarre chain of events that changed the course of my life, I’ve concluded that there’s no blaming my husband for what happened. He never forced me to lie or cheat or to commit ridiculous fiduciary crimes just to keep up with him. He certainly never asked me to stick my nose into the dark business of his past. Being immersed in this drama was like diving into an ice-cold lake—shocking and exciting at first, but then I became used to it. It never occurred to me that this could be dangerous—that hypothermia could lead to incoherent, irrational behavior. But if happiness is the goal, perhaps denial is underrated. Especially so when you are trying to hang onto something you desperately desire. Though my former life is not one I would ever choose again, I’ll never regret how I let love pull me along the slippery path that eventually landed me a permanent place in this secretive family plot.


The day was unusually hot and clear. Without the relief of clouds or haze, the world took on the exaggerated brilliance of hard candy, the landscape packed with jaw-breaking colors. The flowers were too red, the streets inky black beneath a sky of over-saturated blue. Pausing next to our mailbox, I stared across the street at the water in the neighbor’s wading pool. It looked eerily still, as if it had been replaced with shiny green glass.

Our apartment building was tucked into an upscale neighborhood in the wooded foothills of Oakland, surrounded by charming Craftsman bungalows. I often played a game where I pretended to switch lives with the people who lived inside them. My favorite house was directly across the street, a renovated white Spanish-style bungalow encircled by flowering purple ivy. A sprawling magnolia tree stood in the middle of the front lawn, and a grassy side yard held a swing set, sandbox, and yellow slide. Some weekends I’d see the family outdoors, the mom pruning the flowers that bloomed in the shade of the tree while her daughters and husband romped on the bright play equipment. I imagined this couple had a steamy sex life, fascinating and well-paid careers, toddlers who slept through the night, and no student loans or credit card debt. If she’d been home with the kids all day, he’d rub her feet and take her out to dinner, and he insisted on paying for a housecleaner at least once a week. In between all the great sex and family time, they made each other laugh. They were responsible and respectable and didn’t have to spend this hot October afternoon preparing for a meeting at Consumer Credit Counselors. That was for people like me, who had no idea how to be people like them. I slammed the mailbox closed, and walked back toward the apartment, my hands full of bills, late notices, and a new issue of Good Housekeeping—the subscription courtesy of my mother. The front cover pictured a young housewife with shoulder length brown hair, blue eyes, and a wide, warm smile. She was holding a platter of frosted clown cookies next to the headline, “A-Craft-a-Day Keeps Boredom at Bay: 365 Creative Ideas!” It occurred to me that this good housekeeper and I were about the same age with similar features. Add the right hairstyle, professional make-up, some diet, exercise, airbrushing, and a sunny outlook, and it could have been me. Rifling through the mail, I stopped to squint at the return address on a light blue airmail envelope, and groaned. It was a letter from Grandma Hazel, my Dad’s mother, in Kalamazoo. When it came to me, she only had one subject on her mind. I unfolded the small, typed page.


I am very sorry to hear that you still haven’t set any kind of wedding date. You surely must want to give your darling Rachel a family name, or just what is it? Are you one of the turncoats of today? There is just no morality any more and soon the United States will be a mess, as you probably will live to see. I thought you said your college boyfriend Kevin was a wonderful man. Also you told me that he was a Catholic. You are twenty-seven years old and a mother! What on earth is wrong with you? Get yourself married and be decent. You’ll be a lot happier.


Love and prayers, Grandma Hazel
I thought about showing the letter to “my college boyfriend Kevin,” also known as The Impregnator—a nickname I’d invented recently, after struggling to find a proper title when asked if he were my husband. In our last raging fight, I’d told Kevin if he didn’t get his act together, I was going to find someone who saw the upside of being a responsible husband and father. His response was, “You’ll never do any better than this.” I folded the crinkly vellum and stuck it in my pants pocket. Back in the apartment, I opened Rachel’s bedroom door and peeked in. Wearing only her Big Bird underwear, she snoozed on the bed, her silky blond ringlets moist with sweat, one pudgy arm draped across a stuffed white rabbit. Rachel was one thing Kevin and I had done well. I gazed at her and sighed. Maybe Grandma Hazel was right. After six years together, Kevin and I might as well be married; it would take us at least a lifetime to unravel our problems. And it would be a step towards giving Rachel, now three, the normal upbringing I wished I’d had. The twangs and screeches of Kevin’s guitar riff vibrated through the door of the attached garage. There was a lingering odor of marijuana. “Damn him,” I muttered, moving toward the noise. He’d promised not to smoke when he was on kid-duty. I opened the door to the humid garage. The sound abruptly stopped and Kevin stared at me. I scowled, waving away the smoke, and pressed the garage door opener. Sunlight filled the room. I handed Kevin the letter, moved the sticky bong from a stool, and sat down. “What’s this?” Kevin frowned, staring at the letter far longer than necessary, while I silently rehearsed a half-hearted speech about why we should grow up and get married. He looked at me, glassy-eyed and haggard, his shoulder-length blond curls sagging like limp coils. “We need to talk,” he said. “I know. I don’t think we can avoid it any longer.” Kevin glanced away; he looked like he might get sick. “You’re going to get a call,” he said. “A call? What do you mean, a call?”

Family Plots is a fresh and funny autobiographical novel about a young mother trying against all odds to create a normal family life with her new husband, a criminal attorney, who—it turns out—is committing a few crimes of his own. The novel offers readers a wry, unsentimental account of a marriage barreling toward calamity. In an attempt to find romance, family, and financial stability, its struggling heroine stumbles into a world of pseudonyms, fake weddings, and hidden bank accounts. Events that land many of the players into the family cemetery plot also reveal unexpected secrets and stashes that manage, in small ways, to transform a tale of seeming tragedy into one of surprising healing and redemption.


Mary Patrick Kavanaugh tells her story with such unabashed honesty and rapier-sharp humor that she had me hooked from page one. This is one of those "you couldn't make this stuff up" kind of books that makes you think that's awful, while you're laughing out loud at the same time. But beneath the wonderful wit in this dark comedy is a layer of poignancy that takes my breath away. In the end, it's about all the crazy things we do for love.


…Family Plots has a great story at its heart: the tension between the longing for security and the longing for excitement, played out in the narrator's romance in which she increasingly sacrifices steady judgment and middle-class dreams to the power of her attraction toward a man whose charm gives him away as a con man and a dreamer. In a subtle way, this story also makes an argument for a compassionate understanding of human imperfection and of the possibility of healing, in small ways, our sins against one another.

Catherine Brady, Author of Curled in the Bed of Love and The End of Class War

Mary Patrick Kavanaugh has a checkered professional past that includes time served in a wide range of professions, ranging from private investigator to Avon Lady. Recently, after a series of crushing disappointments, Mary redirected a life long dream of becoming bestselling author into a new goal of being the most successful failure possible. In this role she offers workshops, products, and cheap advice that assist the downtrodden to reframe difficult experiences in a positive way. Her website, www.mydreamisdeadbutimnot.com, serves as a gateway to a virtual cemetery that invites visitors to bury the failed dreams that have morphed into obstacles to light hearted living. Because no life is only about its flops, the author admits to having one perfect daughter, one happy marriage with a loving (but now dead) husband, one well-adjusted cat that prefers to live with her aunt, and a confusing, yet fun, personal life. She has an MFA in Creative Writing from University of San Francisco (2003), a BA in History from San Francisco State University (1988), good teeth, and an excellent credit rating.