In Love With Voices 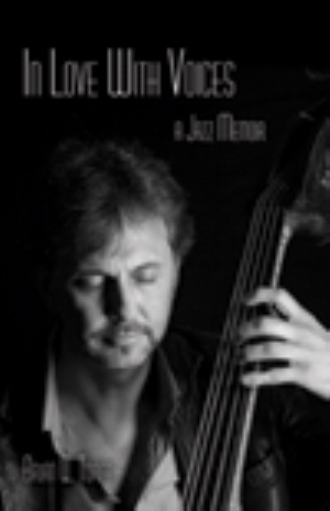 “A career in music … is a calling with such a strong pull; you’d think a tide was sucking you under. It becomes an intense obsession of such great intensity that you can almost think of nothing else, it drives you with a fever and fervor.”

In the early 70s, an idealistic young man – Brian Torff – arrived in New York to pursue his passion for music. During an excursion to Long Island, Brian found his dream instrument: a 1775 re-built Nicola Galliano bass.

Such was the beginning of a career that led Torff from Café Carlyle to Carnegie Hall, Lincoln Center, the Kennedy Center, and the White House. He has toured worldwide with the greatest: from Frank Sinatra, Mel Torme, George Shearing, and Erroll Garner to Stephane Grappelli, Benny Goodman, Mary Lou Williams, and Marian McPartland.

As Brian notes, “bass players do a lot of observing from the back of the bandstand.” It is this supportive role that qualifies Torff to share his insight into jazz music, and its many personalities. Torff takes us beyond the music by adding depth with his vision of American music, and paints vivid portraits of the musicians with whom he played.

Torff’s memoir is one of creativity, and determination mixed with timing, and plain good luck. His sharp narrative not only brings the legends of jazz to life, but reading about them here will certainly motivate you to add some music to your collection.

Brian Q. Torff, renowned jazz bassist, and composer, is Music Program director at Fairfield University. He is a featured soloist, leads his own trio, and is the musical director for the Django Reinhardt New York Festival. In 2008, Torff lived in Paris where he wrote this book. He resides in Bridgeport, Connecticut.