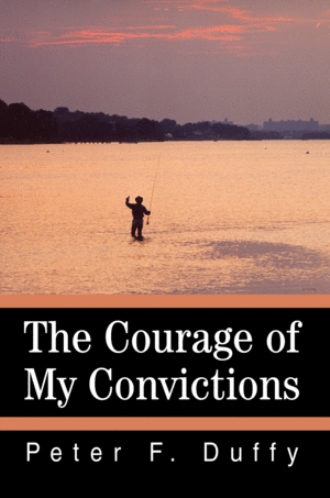 THE COURAGE OF MY CONVICTIONS is a true story and an invaluable resource for anyone re-engineering their career, who is part of a dual career household, and who considers personal integrity and family their top priorities.

Duffy meets and marries Barbara, a technology wiz, and moves to Pittsburgh to become the company's youngest district manager.

When the couple's first daughter arrives, Barbara is offered an exciting opportunity in New York and Duffy encourages the move resulting in disastrous consequences for his own career. This begins a five-year ordeal in which Duffy endures seven job changes.

The recession of the early nineties finds Duffy working in a delicatessen. The couple has two young daughters, no savings, and they're approaching bankruptcy.

One final, desperate attempt at a corporate job is a complete disaster when Duffy finds himself in a tangled mess, and is fired.

is ultimately a success story and an inspiration for anyone who has been fired or is part of a dual career household.

Peter Duffy and his family live in Manhasset, New York. He is senior vice president, Investments at Keefe, Bruyette and Woods specializing in credit unions and banks. Duffy is a frequent guest speaker at conferences and author of numerous articles discussing competitiveness, investments, and the economy. A 1977 graduate of Texas Christian University, Duffy has coached youth sports for over thirty years and fly fishes whenever he can.