How to Become a Complete Nonentity 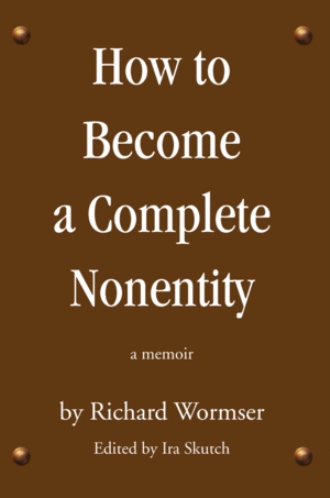 This tale of Dick Wormser's career reveals the trials and wonders of the world of pulp fiction in the thirties, as well as the travails and triumphs of Hollywood writers in the forties and fifties.

He wrote short stories for The Shadow and other action magazines, and was named by Street & Smith to revive Nick Carter, for which he wrote a 60,000-word novel every two weeks until they had enough backlog to make it a semi-monthly. Hired and fired twice by Harry Cohn at Columbia Pictures, he toiled at Republic and Universal writing screenplays, that became mostly B movies-some good some bad. He was one of Ray Stark's earliest clients, before Ray made the transition to one of the industry's premier producers. During World War II, he served as Forest Ranger, patrolling the coast of Southern California on horseback. Dick made his living writing-producing an amazing output: three hundred short stories, two hundred novelettes, a dozen books, about twice that many serials. His oeuvre included mysteries, Westerns, juveniles, histories and even a cookbook Southwest American Cooking, or Home on the Range.

Ira Skutch is the author and/or editor of eight published books ranging from memoirs to novels.