The Scientific Basis of Vitalism and Transcendentalism 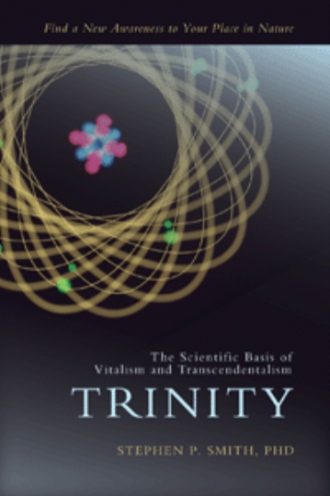 In this ground-breaking scientific guide, Stephen P. Smith explains that the science of Trinity is a metascience as it tends to demand broad knowledge. After describing his hypothesis, he reveals that in its most basic form, Trinity is a mediation that cannot be reduced or negated, but instead is a synthesis that combines and possibly destroys two opposing metaphysical forms. Each of the seven brief chapters in Trinity addresses an area of specialty for Smith, including special and general relativity, quantum mechanics, and finally, philosophy and mysticism. Smith urges scientists to address the emotional element of being to progress further and to study Trinity with new maturity.

Smith's first original work offers a new awareness of one's place in nature and shows how Trinity can be found not only in one's environment, but also in one's words and broader interactions-and offers the belief each of us can be one with the universe.